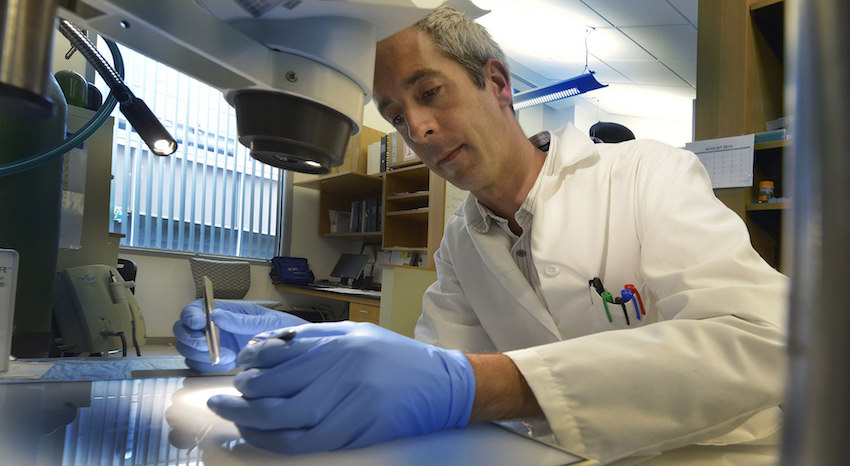 AUGUSTA, Ga. – There’s no doubt estrogen plays a big role in the differences between males and females, and now researchers want to know if it also helps explain emerging sex differences in what makes younger, obese men and women hypertensive.

“That is really the concept we are bringing, that there are sex differences in the mechanism leading to hypertension and is estrogen the cause of this difference,” said Dr. Eric Belin de Chantemele, physiologist in the Department of Physiology at the Medical College of Georgia at Augusta University.

The obesity epidemic has led to a three-fold increase in hypertension in young adult women who have been largely considered protected from hypertension and other cardiovascular disease by estrogen, said Belin de Chantemele.

He’s principal investigator on a $1.9 million grant from the National Heart, Lung, and Blood Institute that will help parse whether obesity means estrogen instead potentiates cardiovascular risk in these women and whether different therapeutic strategies are in order for the two sexes.

There’s mounting evidence in the scientific literature that estrogen’s cardiovascular benefits are lost to women in the face of obesity. In fact, obese men and premenopausal women develop hypertension at about the same rate, Belin de Chantemele said.

His recent work – done exclusively with female mice – showed that in obesity, the satiety hormone leptin, which held fleeting promise as a weight-loss drug, instead prompts the adrenal glands to produce more of the steroid hormone aldosterone, which helps control blood pressure. High aldosterone levels contribute to a host of cardiovascular problems such as widespread inflammation, blood vessel stiffness and scarring, enlargement and stiffness of the heart, and impaired insulin sensitivity.

That’s where some of the male-female differences start showing up in humans and lab animals. It’s known that a pound of fat from a female secretes more leptin than a pound of male fat, that women tend to have higher aldosterone levels than men and that blocking aldosterone has a much greater impact on the blood pressure of obese female than male mice.

The clear male-female difference has the scientist suspecting estrogen and he already has some evidence he may be correct. For example, removing a mouse’s ovaries seems to destroy the unhealthy synergy between leptin and aldosterone.

Even what gets activated has sex differences. When scientists look at male mice and men they find the increased leptin secretion resulting from obesity activates the sympathetic nervous system, the so-called fight-or-flight response, which can cause the heart to pound and blood vessels to constrict. It was presumed this held true in females as well.

“What we are demonstrating is that female obese mice have lower sympathetic activity despite high leptin levels and that is why we are looking for another cause,” Belin de Chantemele said. The next steps take him back to estrogen and wanting to know whether taking it out of the equation means females would activate the sympathetic nervous system. He notes that postmenopausal women do have an increase in sympathetic activity not found in younger women with naturally higher estrogen levels.

Belin de Chantemele hopes the studies will lead to more targeted and effective blood pressure treatment in women. “If we can establish that high blood pressure in premenopausal women is mediated via aldosterone, instead of the sympathetic nervous system, it’s basically telling physicians they should consider using in their female patients drugs that directly target aldosterone,” he said. There are already some options out there. The diuretic and old blood pressure medicine spironolactone, for example, blocks aldosterone’s receptor but is rarely used as a frontline therapy in hypertensive females or males.