Scientists explore more about how sugary drinks make us fat 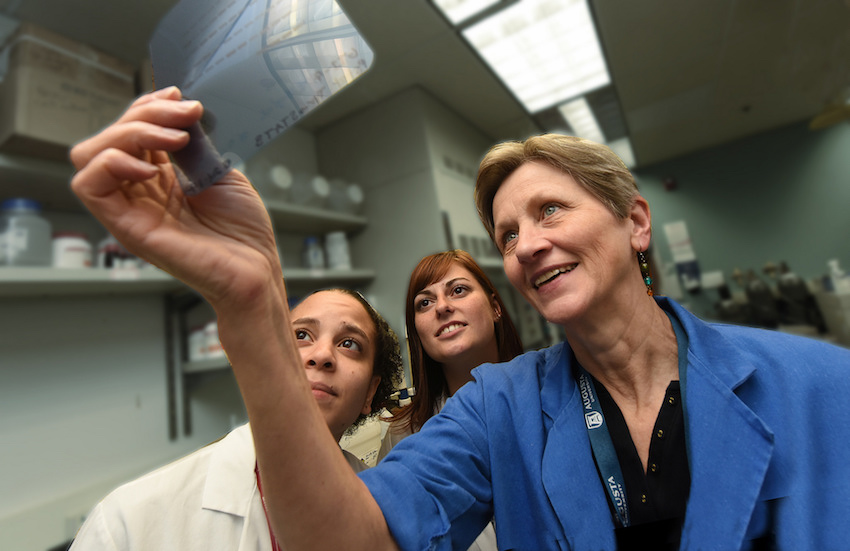 These hot summer days may tempt some of us to reach for a cold sugary drink, but scientists are finding increasing evidence that if we reach too often, we are setting ourselves up for rapid weight gain.

In fact, even more so than sugar-laden foods, scientists have evidence that sugary drinks can quickly make rats – and likely us – resistant to the satiety hormone leptin.

That means rats don’t get a signal that normally would prompt them to stop eating and/or drinking and they gain weight. The good news is that two days after cutting out consumption of the sugary drinks, rats at least, once again start getting the message leptin is sending.

“We think this adds to the evidence that it would be a good thing not to drink a lot of sugar,” Dr. Ruth B.S. Harris, physiologist in the Department of Physiology at the Medical College of Georgia at Augusta University, says of her studies.

About a third of adults and 17 percent of children are obese in the United States and sugary beverages are clearly implicated in this health concern, says Harris.

“When you drink a sweetened drink you’re getting just the sucrose,” she says. “Whereas if you eat foods that are sweet, you are getting the sucrose that is mixed in with other things like protein and fiber.”

That means food must first be digested before glucose reaches the blood while sugary liquids are more rapid fire.

“When you are just drinking sucrose by itself, all you have is the sucrose, which breaks down to glucose and fructose which get absorbed very quickly, so you see a very quick spike of glucose just because its processed in a different way,” says Harris. She recently received a $1.6 million grant from the National Institutes of Health to learn more about the details of what happens when the spikes become too frequent.

It basically works like this: When we eat or drink sucrose, or sugar, our body converts it to glucose and fructose that we can use for energy. The hexosamine biosynthetic pathway, also called the nutrient sensing pathway, helps us metabolize about three percent of our glucose so it typically doesn’t have a high activity level, rather it’s kind of running in the background, Harris explains. But it still has a lot of impact helping control whether a host of proteins are turned off or on. That includes, a little indirectly, leptin.

The pathway produces a functional piece of a carbohydrate called O-GlcNAc that attaches to a protein to turn it off or on. Logically, the more sucrose you consume, the more glucose this pathway has to handle and the more O-GlcNAc gets produced and attached to proteins. That’s where the scientists think our sensitivity to leptin gets messed up.

One of the proteins O-GlcNAc attaches to is STAT3, a transcription factor that makes things happen. This STAT3 is one of the key proteins normally activated by leptin. But, Harris and her team hypothesize – and have evidence that – chronic surges in blood glucose that result from regularly drinking sugary drinks ultimately means O-GlcNAc modifies STAT3 to the point that when leptin tries to attach a phosphate that would make STAT3 active – it no longer responds normally.

“The leptin comes along and it can’t make STAT3 any more active,” Harris says. So the rats – and possibly us – just keep drinking the sugary drinks. More typically in response to leptin, rats would reduce their food and sugary drink intake over the next 23 hours.

Now Harris and her research team want to answer questions like what happens if the rats drink no-calorie saccharine water instead. They also are working to learn more about how chronic activation of the hexosamine biosynthetic pathway inhibits leptin signaling and what happens when they circumvent the pathway. They also are looking directly at their intersection by exploring what happens to leptin responsiveness when they activate and inhibit the hexosamine biosynthetic pathway in the brains of control versus sucrose-consuming rats.

In her studies, some of the rats have plain water, food and sucrose water always available to them; others have the usual rodent food and plain water. “They really like the sucrose solution,”  she says, and rather quickly will drink more and more, eat less food and drink almost no plain water.

Females tend to get fatter first, likely because male rats have an innate ability to just keep growing. By day 25, the females no longer respond to leptin; by day 31, neither do the males. Again, after just two days without sucrose solution, both genders do respond again.  When they tried to induce leptin resistance with a high-fat diet, it took a lot longer to happen if ever.

“If you don’t respond to leptin, the leptin is not going to suppress food intake,” Harris says. “That means you are at risk for overeating and gaining more weight.” She notes that over-burdened STAT3 is not the only way leptin resistance happens. Leptin comes from white fat, which is considered the unhealthiest of the fat types when it’s overabundant. More fat means more leptin telling the brain to stop eating, but when there is a lot of excess fat and leptin, the brain can just stop listening.