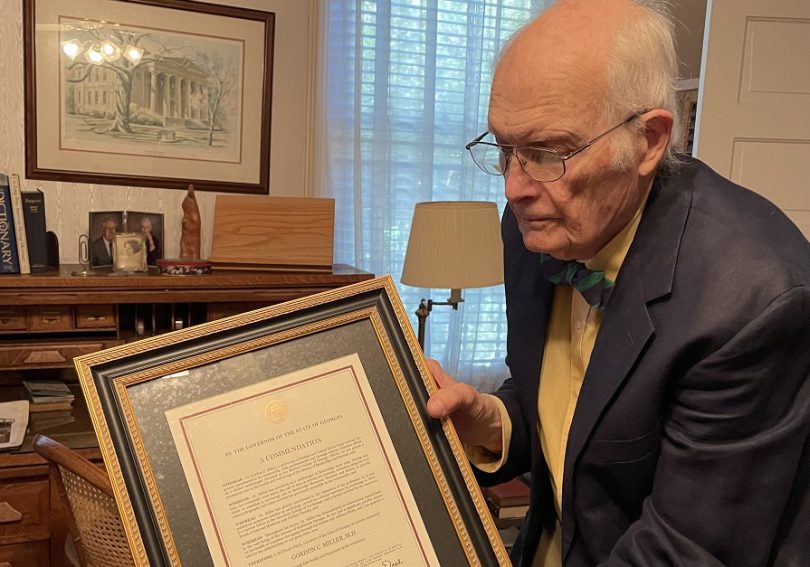 Dr. Gordon Miller is a lifelong learner. His path to knowledge and education — and, in his case, the attraction to study cardiology — dates to the early 20th century, when his maternal grandfather Dr. Gordon Chason practiced surgery and medicine from 1900 to 1950.

As a child, Miller would browse his grandfather’s medical books, and the pages therein sparked an interest that would last a lifetime. In fact, Miller, who was named for his grandfather, said he decided in fourth grade that he wanted to be a doctor, and he never veered from that path. So focused was he on medicine that he determined it would not be fair to marry and have a family.

After graduating from the Medical College of Georgia in 1962, Miller completed an internal medicine residency at Tulane and Charity Hospital in New Orleans. During his last year of residency, the chief of medicine, Dr. George Burch, asked him to participate in some of his research projects. This led to a fellowship studying the reaction of heart failure patients in hot and humid climates.

Though Miller had a brief desire to be a surgeon, he found the pull of diagnosing heart issues more interesting and gratifying. “Heart trouble was common and caused a lot of people trouble,” said Miller, “and I saw the importance and value of diagnosis.”

After a brief stint of military service in Vietnam (1969-70), Miller was stationed at Fort Gordon. He was offered a cardiology fellowship at MCG in 1971 but said he was wooed by St. Francis Hospital in Columbus, Georgia, to create a cardiac surgery service. After a 22-year career in Columbus, Miller returned to Bainbridge, Georgia, and practiced another 23 years, serving several generations of families.

When Miller retired in 2015 at age 80, he received an official commendation from then-Gov. Nathan Deal. The formal document, which is framed in his home office, cites, “Dr. Miller has demonstrated an unwavering commitment to the well-being of the citizens of Southwest Georgia.” It also affirms his passion for cardiology and for his patients: “Whereas Dr. Miller continually went above the call of duty in serving his patients, including using his own funds to establish a cardiology lab at Bainbridge Memorial Hospital to provide echocardiography and other services not previously accessible in the community.”

After dedicating more than 40 years to the study and practice of cardiology, Miller was motivated to learn more about the world outside of medicine by delving into books about algebra, trigonometry, calculus, religious philosophy, church history and more.

Miller’s commitment to and enthusiasm for knowledge is reflected in his $250,000 gift to the Medical College of Georgia to establish the Gordon Chason Miller, M.D. Cardiology Education Fund. He was inspired to support MCG after receiving a letter from noted cardiologist and colleague Dr. Spencer King. In the letter, King encouraged fellow cardiologists to contribute to the state’s only public medical school.

Miller and King attended MCG a year apart, and their paths also crossed while each practiced cardiology in their respective communities over the years. During that time, Miller occasionally sought advice from King, who is recognized by cardiologists around the world for his part in revolutionizing the treatment of atherosclerotic coronary disease. After the endorsement of their alma mater by King, Miller did not hesitate to respond and support MCG.

“The priority should be the unlimited transmission of knowledge and clinical skills,” said Miller, explaining that cardiology education includes more than just teaching basic clinical skills such as assessing medical history and conducting a physical exam. It also involves training in diagnostic imaging of the heart, such as CT coronary angiography, cardiac MRI and echocardiography. Miller said funds used from his gift should enhance patient care.

“Dr. Miller is a remarkable physician, someone who has literally devoted his life to helping others,” said Dr. Neal Weintraub, MCG’s chief of cardiology and division chief of cardiology at AU Health. “Dr. Miller serves as a shining example to our trainees, and his gift will help us advance our educational mission throughout the state of Georgia. Furthermore, his understanding of the need to train today’s physicians and health care workers, particularly those serving rural communities, is reflective of his personal commitment to education and training and his deep and abiding devotion to the highest tenets of practicing medicine.” 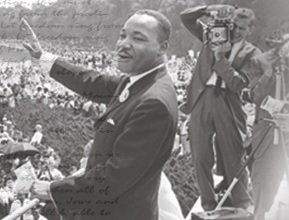