‘Reacting to the Past’ helps students learn, change history 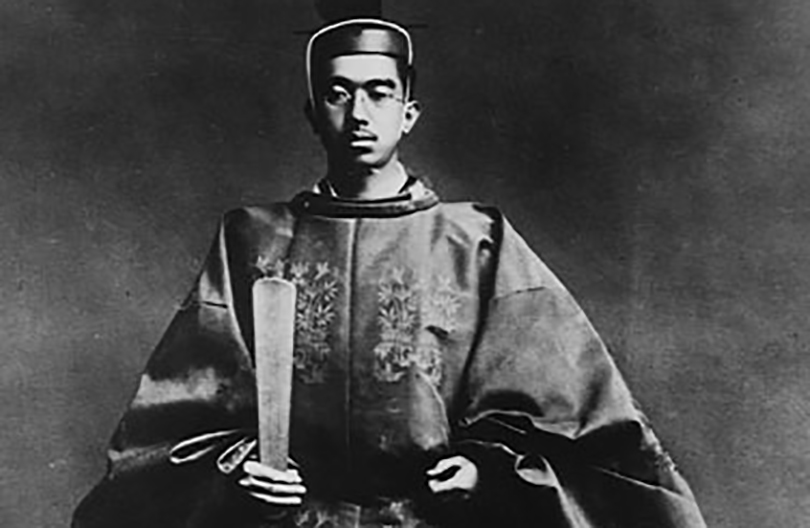 On Wednesday, Oct. 26, students in Dr. Andrew Goss’ “Modern Japan” class began their day with something a little different.

Stepping into class, they split into groups, gathered around a set of rolling tables and rose to bow before a black-and-white photo of Emperor Shōwa, better known as Hirohito. The exercise, Goss explained, helps students to get into character.

Clearly it worked. Within the span of a few minutes, the class held a trial, convicted an assassin, made a case for invading Southeast Asia and instigated a coup against the formal Japanese government. Not bad for a fifty-minute class.

The exercise, an interactive game called “Reacting to the Past,” is a pedagogy that uses immersive roleplaying games in order to allow students to simulate historical events. Designed to help students better understand the characters and circumstances responsible for history, the lesson – one of dozens – draws on historical texts and famous events to create a realistic snapshot of a moment in time.

The goal of the game is not to relive history, but rather to change it.

“We don’t try to recreate the past,” said Goss, chair of the Department of History. “Instead, we try to stay true to the historical conditions to give students a chance to better understand what people and governments of the past were like.”

To ensure everyone finds a place in the game, participants are assigned a role – in this case, either as statesmen, military leaders or merchants. At times, these roles also coincide with membership in factions – an aspect that makes it easier for groups of students to accomplish their goal. In theory, at least.

Goals vary from student to student and faction to faction, but ultimately, the win conditions are similar: Students are encouraged to change history in their favor.

Students accomplish this, Goss said, by starting at a moment in time considered an “accurate reflection” of the past. Then, once the scene is set, students are given agency – or the ability to exert influence – over the course of the game.

“Giving students the ability to not only know historical figures, but to understand their motivation, heightens their interest in the subject matter,” Goss said. “They were able to find out what it was like to be a business leader in Japan, or a naval officer, and that in and of itself is a victory for the historian.”

A majority of the gameplay takes place in class, but in order to win, students must be prepared. Doing so involves closely working with other members of your faction. Or, at your own peril, with members of opposing factions.

That teamwork, Goss said, was one of the most surprising things about the exercise.

“I set up an online messaging app that I included all the students in that allowed them to plan outside of class,” Goss said.

Two weeks later, nearly 1,000 text messages had been sent, each laden with secretive deals, treacherous plots and grandiose schemes. Leaders emerged. Plans were foiled. And through it all, students learned something about history and about themselves.

Goss said he couldn’t be happier with the result.

“It means that this is not just an exercise in historical understanding but it is engages with critical thinking, with persuasion, and in fact with leadership,” he said. “It means the students were able to take away something more than just an understanding of the past.”

For faculty curious about how effective “Reacting to the Past” is at creating lessons in other fields, Goss said there was no question in his mind that there’s a lesson for most every major subject.

He’s so sure, in fact, that he and Dr. Robert Bledsoe, associate professor of German, will be hosting an open module on Tuesday, Nov. 15 from 2:30-4 p.m. in Allgood Hall Room E362 for any interested faculty and staff to see how fun and engaging “Reacting to the Past” can be.

The focus will be the debates of the Athenian Assembly in 405 BCE, held in the wake of the siege of Athens by the Spartan military.

“We’ll spend the first hour playing the game together,” Goss said. “No need to prepare, just bring yourself. We’ll end with a quick overview of all that is possible with Reacting.”

For more information about the Nov. 15 event, contact Rob Bledsoe at rbledsoe@augusta.edu or Andrew Goss at angoss@augusta.edu.

For more information about Reacting to the Past, visit reacting.barnard.edu.