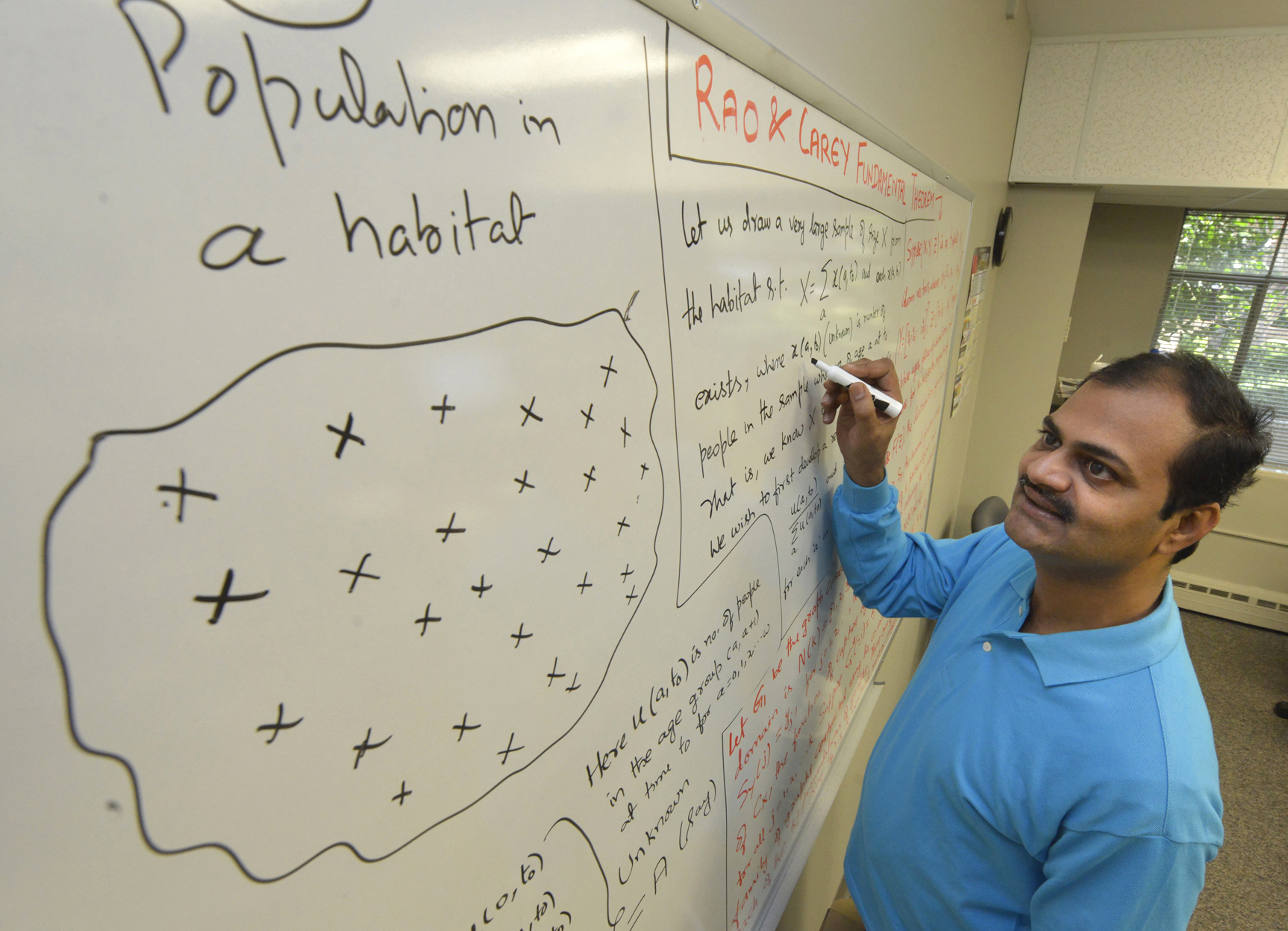 Dr. Arni S.R. Srinivasa Rao, a mathematical modeler in the Department of Population Health Sciences at the Medical College of Georgia at Augusta University, is the leading coeditor of two new volumes of the Handbook of Statistics series. Rao edited the volumes Disease Modelling and Public Health, Parts A and B, along with famed statistician C.R. Rao, a U.S. National Medal of Science winner.

The handbooks are reference books, with each volume devoted to a particular topic in statistics. The series, published since 1980, addresses the community of statisticians, as well as scientists in various disciplines who use statistical methodology in their work.

Rao, who came to MCG in 2012 from the Indian Statistical Institute in Kolkata, is the founding principal investigator of the Laboratory for Theory and Mathematical Modeling at Augusta University. He studies the development of novel mathematical modeling methods and theories geared toward biology and biomedical applications

His current studies include collaborating with Dr. Jose Vazquez, chief of the MCG Department of Medicine’s Division of Infectious Diseases, to improve the care of patients with HIV/AIDS by developing blockchain technology, which provides a continuously updated database regarding a patient’s treatment from all his/her physicians. The comprehensive information can be used to predict a patient’s risk of developing invasive candidiasis in the hospital and to predict which patients may not come to their doctor’s appointments.

He is also working with Dr. Michael Diamond, a reproductive endocrinologist, William H. Brooks Distinguished Chair and chair of the MCG Department of Obstetrics and Gynecology, to use Markov modeling – a complex analysis process – to help U.S. women and their physicians better compare infertility treatment options.

In 2015, he published work with Dr. James R. Carey, a renown entomologist and distinguished professor at the University of California Davis and Berkeley, to prove a well-known population theory which has applications in age structure and aging in stationary populations.

Rao has worked as a consultant for the World Bank and other international agencies and has contributed to policies on epidemics like AIDS, avian influenza and swine flu.  His work has been published in top journals like Notices of the American Mathematical Society, Proceedings of the National Academy of Sciences, the Journal of Theoretical Biology, Journal of Mathematical Biology and The Lancet.

He serves on the editorial boards of Theoretical Biology and Medical Modeling and the Journal of the Indian Society for Probability and Statistics.

Rao has joint appointments in the Division of Infectious Diseases and the AU Department of Mathematics.

Written by Jennifer Hilliard Scott
HPV vaccine is effective, safe 10 years after it’s given
FacebookTwitterPinterestWhatsApp
Save the Date: Neuroscience Symposium to be held on Jan. 12