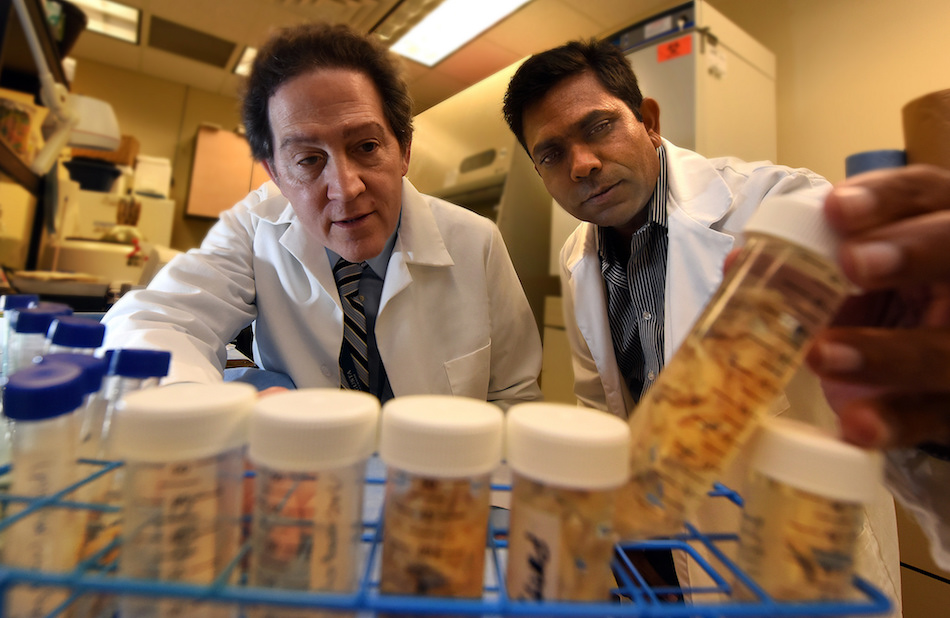 Researchers have more evidence that males and females are different, this time in the fluid that helps protect the cartilage in their knee joints.

They have found in the synovial fluid of this joint, clear differences in the messages cells are sending and receiving via tiny pieces of RNA, called microRNA, in males and females with the common and debilitating condition osteoarthritis.

The differences may help explain why the disease is more common in women as it points toward a more targeted way to diagnose and treat this “wear and tear” arthritis, said Dr. Sadanand Fulzele, bone biologist in the Department of Orthopaedic Surgery at the Medical College of Georgia at Augusta University.

Osteoarthritis, which affects more than 30 million Americans, is fundamentally a destruction of the cartilage that provides padding between our bones.

“It’s a huge problem,” says Dr. Monte Hunter, chair of the MCG Department of Orthopaedic Surgery and a coauthor of the study in the journal Scientific Reports. Today’s treatment addresses symptoms, like inflammation and pain, and the bottom line for some patients is knee replacement. Clinicians like Hunter would like to provide patients additional options for diagnosing and treating this common malady of aging.

Synovial fluid is known to provide clues about joint health, so MCG researchers decided to look at what messages cells in the region were sending and receiving by looking inside traveling compartments in the fluid called exosomes, says Fulzele, corresponding author.

They isolated the mostly round exosomes in discarded human synovial fluid from patients with and without osteoarthritis. They found in the males that 69 microRNAs were significantly downregulated and 45 were upregulated. In females, however there were 91 downregulated versus 53 upregulated.

Females just seemed more impacted: In total, they had more than 70 biological processes altered compared to males who had closer to 50, the researchers report.

Particularly in the females, they found microRNA that should be sending messages that are good for the joints, like promoting estrogen signaling and collagen-producing cells, turned off or otherwise altered.

Lower estrogen levels, like those that occur following menopause, prompt production of more cells that destroy bone. In this environ, those bone-consuming cells also tend to live longer, which can result in a net bone loss. Conversely, reduced osteoarthritis risk is considered a benefit or hormone replacement therapy.

MCG researchers’ hypothesize that estrogen plays an important role in determining which microRNAs the exosomes contain. In fact, when they used aromatase inhibitors to reduce the availability of estrogen, they found a small lineup of microRNAs decreased in number. When they treated cartilage cells from healthy females with exosomes from males and females with osteoarthritis, significantly fewer healthy cartilage cells lived after exposure to the exosomes from patients with disease. Expression of genes that make the extracellular matrix that is the framework of cartilage went down while expression of genes that promote inflammation increased.

They only found one microRNA, MiR-504-3p upregulated in both male and female osteoarthritis patients. Although it’s unclear what MiR-504-3p does, Fulzele thinks it degenerates cartilage, which is the crux of osteoarthritis.  In future studies, they will use MIR-504-3p inhibitors to remove it from the equation and try to determine the function of this tiny piece of RNA.

All cells excrete exosomes as one way to communicate. They carry cargo like protein, lipids as well as microRNA, which can impact the expression and actions of many different genes.  In the case of the synovial fluid, Fulzele says the exosome source is likely cells in the synovial membrane that lines the joints and produces the fluid. Wear and tear that comes with aging, and can be accelerated and aggravated by injury, can inflame the membrane, which may alter the cargo in the exosomes and the messages they carry, Fulzele says.

Knee replacement becomes the endgame for patients whose dwindling cartilage can literally translate to one bone rubbing against another.

“People understand bone on bone when they hear that,” Hunter says of the potentially excruciating and debilitating pain that may result.  Early interventions include icing a swollen knee, taking anti-inflammatories and avoiding activities that are hard on the joints, says Hunter. They can also inject hyaluronic acid, the major component of synovial fluid, into the knee in an attempt to normalize the environment.

Today, a diagnosis is made based on the joint pain and stiffness patients report, a physical exam and X-ray. Physicians also often examine the synovial fluid, Hunter says. When a knee is swollen and warm to the touch, they will extract some of the fluid to look for problems other than wear and tear, like an infection and/or uric acid crystals, Hunter says. The crystals could be an indicator of gout, a type of arthritis that results from the body’s reaction to excessive levels of uric acid, which results from the breakdown of purines, chemicals found in meat, poultry and seafood.

Hunter hopes that soon he and his colleagues will also examine exosomes in the fluid for indicators of that patient’s specific instigators of cartilage destruction. They then hope to devise a cocktail – potentially a mix of microRNA inhibitors and joint health promoting microRNA mimics delivered in manmade exosomes – that can be injected into the knee to target and help resolve the debilitating destruction.

MCG researchers already are exploring ways to block the microRNAs that are causing destruction.

While osteoarthritis is considered normal wear and tear, it’s multifactorial, says Hunter, the Dr. Charles Goodrich Henry and Carolyn Howell Henry Distinguished Chair at MCG.  “There is a genetic component. Some of us have stronger cartilage than others. Some of us are made differently so the angle of our joints puts more pressure in some places.”

Risk factors include injury, overuse, increasing age, obesity, a family history, as well as being female, according to the Centers for Disease Control and Prevention. Sports with repetitive high impact, like running and basketball, can increase the risk. 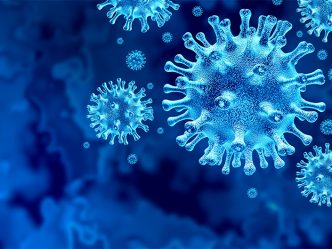