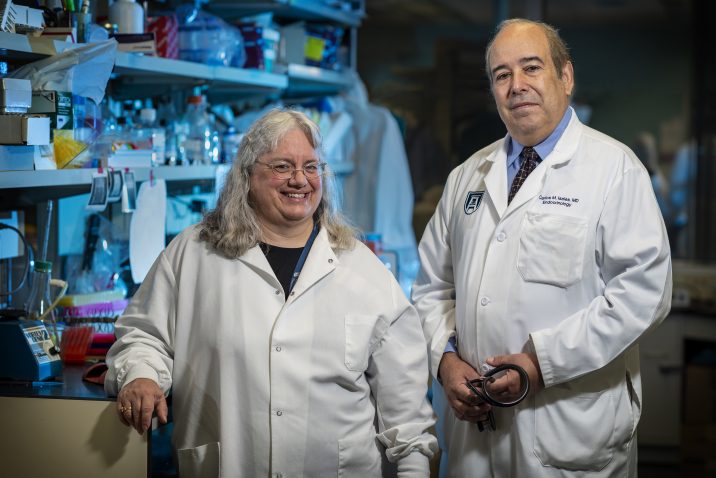 A dozen medical students from Puerto Rico and Georgia have spent the summer between their first- and second-year of medical school living and learning at the Medical College of Georgia at Augusta University, with the hope of inspiring them to pursue a career in aging research and clinical geriatric care.

The Program for Aging Research in the Summer, or PARIS, is an outgrowth of a program that began in 2017 when MCG scientists received a $9.3 million National Institutes of Health Program Project Grant exploring how bones and muscles age, with an eye toward improving the healthspan.

“We designated money for training medical students as part of that grant to address the rapid growth of an aging population,” says Dr. Wendy Bollag, part of the program project research team and co-principal investigator on a new NIH training grant that expands the program. “We already had this successful pilot program and we were typically getting more applicants than we could accept, so we wanted to build off of that – with the goal of also recruiting and retaining more underrepresented minorities in science as well.”

The students have been paired with an MCG aging basic science researcher. They have also been offered coursework on the latest and greatest research techniques and attended the MCG Center for Healthy Aging’s weekly science seminars and journal club. Students also have had the opportunity to shadow MCG and AU Health physicians who treat patients with health issues related to aging, like osteoporosis, arthritis and neurodegenerative conditions like Alzheimer’s.

The overarching goal of PARIS it to create an experience that will hopefully spark students’ interests in pursuing their own careers in aging research and clinical care, says Dr. Carlos Isales, the training grant’s other co-principal investigator, who also is co-director of the Center for Healthy Aging.

“If you ask most people who are coming into medical school ‘What do you want to do?’ the answers are typically things like surgery or cardiology, but if you say what about geriatrics, a lot of people have never even heard of that as a field. They haven’t been exposed to it,” he says.

That is a large and looming problem.

By 2034, there will be 77 million people ages 65 years and older compared to 76.5 million under the age of 18, according to the U.S. Census Bureau. There are roughly 7,300 geriatricians practicing in the United States and the American Geriatrics Society expects 30,000 geriatricians will be needed by 2030.

“What are we going to do if we don’t deal with this huge problem? There’s this whole slew of problems that start appearing when you’re older – issues of frailty, dementia, hip fractures and heart failure, among others,” Isales says, noting that in addition to taking an individual toll, those types of conditions also tax the health care system. “We have to start getting things in place to deal with this before it becomes a catastrophe.”

“People are living longer, and the key is that we don’t want people to just live longer, we want them to live healthier longer,” Bollag adds. “In order to be able to do that, we need people doing research in aging. We need to understand what goes wrong in aging and what mechanisms drive that process so that maybe we can develop drugs or other countermeasures, like diet or exercise, that would help to prolong the healthy portion of an extended healthspan.”