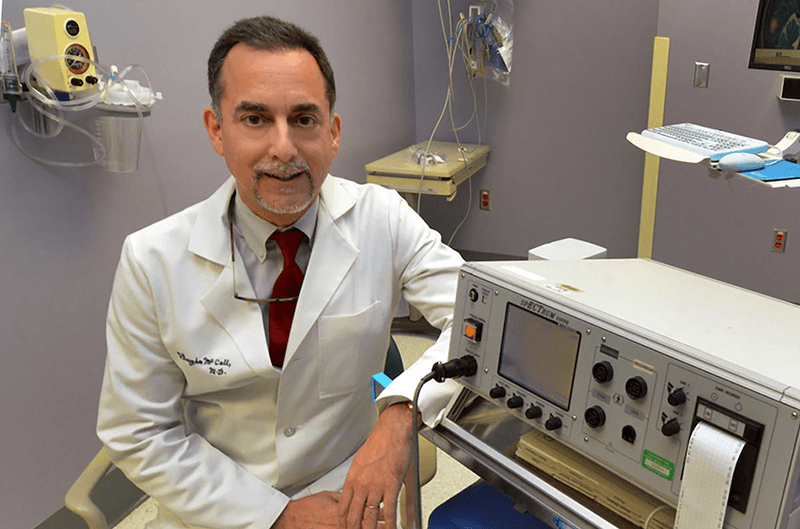 Prescription sleep aids appear to carry a rare risk of suicide, most typically when they cause the unexpected response of stimulating rather than quietening patients, researchers say.

“These medications can have a rare paradoxical effect like alcohol where people start behaving completely out of character,” said Dr. W. Vaughn McCall, chair of the Department of Psychiatry and Health Behavior and Case Distinguished Chair at the Medical College of Georgia at Augusta University. “Instead of calming, they may hyperstimulate; instead of being relaxed, patients become fearful; so it goes the opposite way.

“We don’t know why, and we can’t pick these people out in advance,” McCall said, which is why he encourages patients’ physicians and family members to keep a close eye out for any unusual behavior particularly in the first 7-10 days of taking a hypnotic.

The Food and Drug Administration mandates a warning of suicidal thoughts and/or actions be included in the often-discarded package insert that comes with modern hypnotics. “It got me wondering, what is really the evidence behind that, and how often does it happen?” said McCall, an expert in the trifecta of depression, insomnia and suicide.

He is corresponding author on a review article in The American Journal of Psychiatry that examined published studies as well as reports on file with the FDA, which associated modern hypnotics prescribed as a sleep aid with suicidal thoughts and actions.

Researchers looked at 11 hypnotics currently prescribed to adults for the primary complaint of insomnia, including flurazepam, the first to receive FDA approval. They looked at FDA-approved labeling on all the drugs then did a literature search for any published studies linking the drugs to suicide or suicidal thoughts. They searched the FDA website for safety reviews and commentaries on the drugs. Under the Freedom of Information Act, they asked the FDA for detailed reports of hypnotic-related suicide deaths reported to the agency’s Adverse Event Reporting System, specifically cases and drugs that had not been reported in the scientific literature. They examined reports dating back to the 1970s.

The main new finding of their extensive review is that the first few days taking the medications is when a rare and unintended response is most likely to arise. He encourages his colleagues to tell patients and their families that there is a small chance that they will feel worse – not better – taking the medication, particularly early on. If there are any instances of sleepwalking or suicidal thoughts, patients should immediately stop taking the medication and call their doctor.

“I would not wait to see what happens,” McCall said.

He shared one story uncovered in the review of an apparently otherwise healthy 39 year old who took a hypnotic for the first time and on the third night his wife found him sleep walking with no memory of it. The next morning he told his wife he could not focus, walked into the woods and shot himself. The researchers found about a dozen of these unusual responses; they found significantly more suicide cases in which the patient already had suicidal thoughts.

The use of sleeping pills as a method to commit suicide is well-known, and McCall recommends as another cautionary measure giving only a small supply of the drug to patients just starting out.

While insomnia and mental health problems such as depression, which also carries an increased suicide risk, often go hand in hand, modern antidepressants are not reliable as a sleep aid. “Modern antidepressants reliably help just about every other symptoms except sleep, so it’s not uncommon for someone who is depressed to take a combination,” McCall said.

“Although the jury is still out, my bet is it’s better in most cases to treat the insomnia,” said McCall, principal investigator on a four-year National Institute of Mental Health-funded study that should help answer that question. McCall reported in the Journal of Clinical Sleep Medicine in 2013 that lost hope over ever getting another good night’s sleep is itself a high risk for suicide.

“Now we are adding a new twist that is: Do the pills themselves make you suicidal when you would not think about it otherwise?” he said. He reemphasized that the review showed the answer is “In rare cases, yes.”

More commonly, it appears that a good night’s sleep can reduce suicidal thinking in a depressed individual. But his reviews found that those who committed suicide that appeared associated with hypnotic use – as a sleep aid, not as a suicide means – typically had no previous history of mental health concerns other than the fact that they could not get a good night’s sleep.

The review found only one hypnotic medication toxicology study in the United States, a look at 187 consecutive suicide victims from the San Diego coroner’s office in the early 1980s that found no direct cause and relationship between hypnotics and suicide, although in this and subsequent studies, hypnotics were sometimes used to commit suicide. A large survey of 5,692 adults in the early 2000s found 5.8 percent saying they had used a sleeping pill in the last 12 months; 2.6 percent of those reported suicidal thoughts, and .4 percent a suicide attempt. However, it was unclear in the large study how many of the individuals had other established  suicide risks such as depression.

Other steps for decreasing suicide risk in adults starting to take hypnotics include prescribing the lowest dose possible and providing the standard warning about avoiding alcohol use and taking the drugs with other medicines that also have sedative or similar effects, the researchers write. Patients should also go to bed within 15 minutes of taking the drug and stay in bed long enough for the medicine to run its course.

About 3 percent of adults report using a hypnotic, and up to 10 percent use over-the-counter sleep aids, the researchers write. It’s unknown whether more commonly used over-the-counter sleep aids have a suicide risk, although the FDA currently does not require a warning on their package information, McCall said. Like their more powerful prescribed counterparts, those drugs are sometimes used to commit suicide.

Options for insomnia treatment include psychotherapy, which McCall recommends before taking any medication. Exercise can help as can sticking to a regular sleep routine where patients go to bed and arise about the same time and avoid staying in bed more than eight hours. Melatonin may help, but is not very powerful, he said. Anxiety is another cause of insomnia along with Type A personalities who can’t quieten their thoughts about what has occurred and what happens next in their lives.