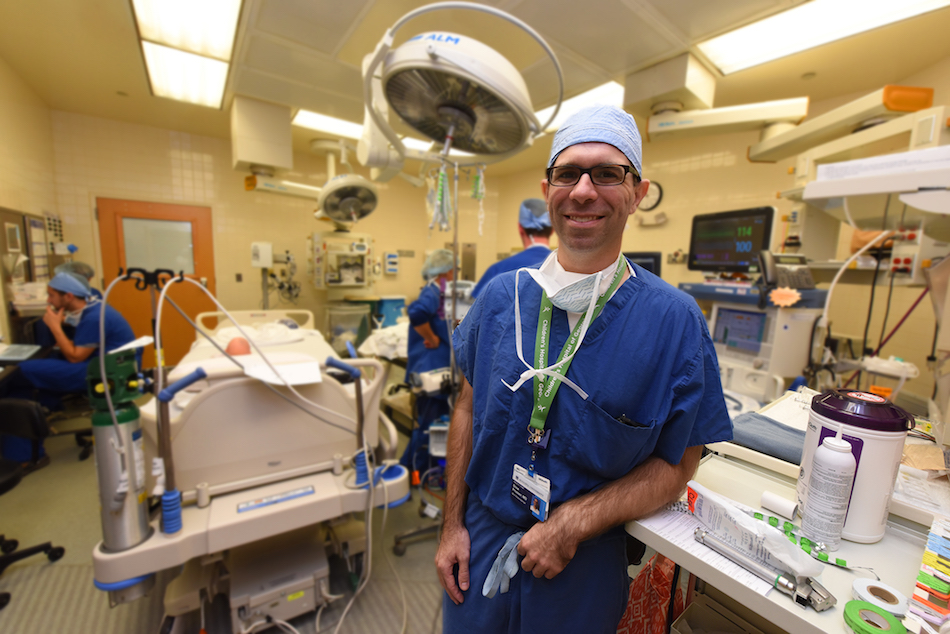 Infection with the common human papillomavirus can result in a rare condition that can leave children chronically hoarse and with difficulty breathing.

A pediatric otolaryngologist who treats children with recurrent respiratory papillomatosis, or RRP, is working to fine tune a mouse model that will help identify which treatment works best for each child and better enable evaluation of new treatments.

“It’s a child who has always been hoarse, always had trouble breathing; but it tends to get worse; and finally around age five or so, they get diagnosed,” said Dr. J. Drew Prosser, pediatric otolaryngologist in the Department of Otolaryngology-Head and Neck Surgery at the Medical College of Georgia at Augusta University.

While the Centers for Disease Control and Prevention reports that at least 75 percent of the reproductive age population has been exposed to sexually transmitted HPV, like adults, most babies, who can be exposed to the virus through the process of development and birth, eventually clear it.

But the handful of cases he and his colleagues at children’s hospitals across the country see each year has Prosser looking for a way to optimize treatment.

“It’s a devastating problem for these families because these children may have to have multiple surgeries as the papilloma grows in their voice box, and it not only causes them trouble speaking, it causes them trouble breathing,” said Prosser. To support his mouse model studies, Prosser was recently awarded one of two grants given annually by the American Society of Pediatric Otolaryngology.

“Part of the frustration for us as well as parents is that response rates to existing therapies are variable and there is no clear reason why,” Prosser said. “Instead of trying this medicine and trying that medicine, what if we were able to take a biopsy, put it in a mouse, get 10 mice with it and try three different medicines to see which one works best for that child,” Prosser said. “It opens the door to personalized medicine. We know what that child needs.”

Current treatment strategies have Prosser debriding the growths with devices such as lasers, then watching closely for their regrowth on the small, folded tissue that is our vocal cords. If a pattern of regrowth is established, he also may inject an antiviral medication as well as a drug that will curtail growth of new blood vessels to support the tiny warts.

“Some kids need a procedure every month for years, which is tough,” said Prosser, who wants to find a way to provide more tailored and ideally effective therapy for the individual child. Even in exceptionally skilled hands, the trauma of such frequent surgery can cause long-term problems with the voice.

The rarity of the condition actually makes it more difficult to study and makes an accurate mouse model all the more important, Prosser said. “Can we validate this mouse model to study respiratory papillomatosis or not,” is the main question he hopes to answer with his new grant.

Currently, there is no proven study model.  For example, changes that occur over time in papilloma cell lines studied in culture raise concerns that what seems to work in the lab may not work in children with the condition, Prosser said. There were reports last year of a potential animal model developed by growths removed from the trachea, but it turned out the growths were cancer, not papilloma.

Now, Prosser wants to see if he can produce a reliable model by transplanting tissue directly from a child’s vocal cords to a mouse. He’s monitoring the process over a dozen weeks to see if the growth remains essentially the same in the mouse, which would help ensure it’s a reliable model for treatment testing. He’s also developing a RRP tissue bank that will enable future studies of how the disease progresses and new treatment targets. Mice in his studies are immunocompromised so they will not immediately reject transplant of the tiny human growth.

While the condition is fortunately uncommon, Prosser said, it is the most common benign growth affecting the upper airway. Peaks ages of occurrence are before age 5 and ages 20-30, although Prosser notes the disease tends to be more aggressive in children. Untreated, the disease can lead to airway obstruction and death; lifetime treatment costs can reach $500,000. Children may be misdiagnosed for years with more common problems such as asthma.

Physicians see no apparent problems from just looking down the throats of these children, rather it takes a flexible scope that can view the vocal cords, which sit at the base of the neck and behind the Adam’s apple. While the virus is thought to be transmitted primarily through the birth canal from mom to baby, there are also cases reported following cesarean section, Prosser said. For some unknown reason, a minority of babies cannot clear the virus.

Written by Toni Baker
Medical Minute discusses gene that plays a role in kidney cancer
FacebookTwitterPinterestWhatsApp
Can you really run a country like a business?