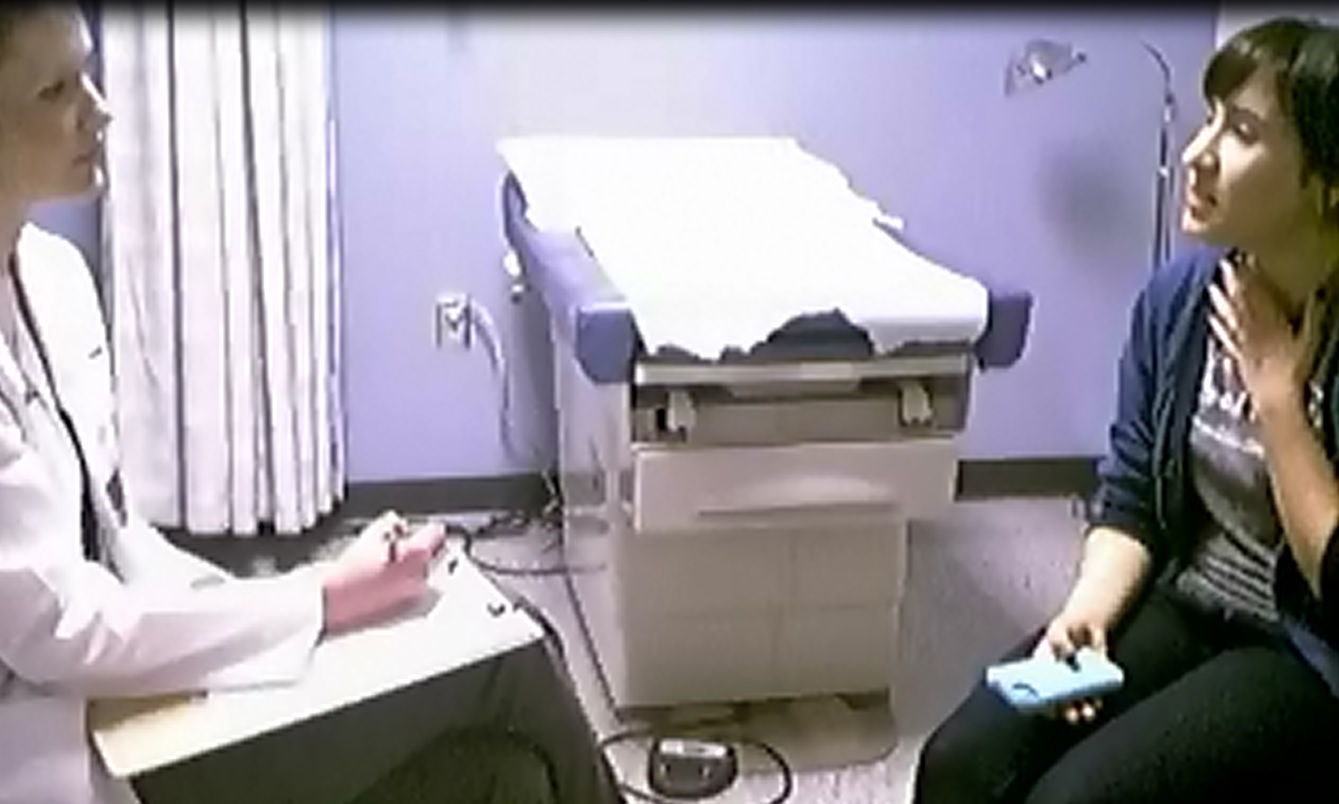 Physician assistant students are required to interview a ‘patient’ (typically a practicing PA or teaching assistant simulating the role) to obtain a medical history. Last semester, the drama students filled the roles.

Associate Professor Kathy Dexter had heard about a similar set-up at another University System of Georgia campus and approached drama lecturer Doug Joiner, who jumped at the chance to give his students a chance to perform.

“He just latched onto it and said it sounded like a great opportunity for his students,” Dexter said. “So we worked with him and set up the schedule well in advance to accommodate the students.”

Joiner earned his graduate degree from Virginia Commonwealth University, which had a similar program, so the prospect piqued his interest.

“I started researching, and there is a whole field of actor training for the standardized patient,” he said. “In larger markets, actors who are good can make 10 to 20 bucks an hour doing this.”

For the interview, the drama student follows a script with a complaint and a series of responses to anticipated questions from the PA student.

Dexter said the acting students made much more realistic patients because, unlike PAs, they were unfamiliar with medical terminology and didn’t know what the PA students were supposed to be asking.

The interviews, typically 20 minutes, were recorded in a realistically appointed mock exam room.

“I think the drama students were a little surprised when they walked in,” Dexter said. “They said it looked just like their doctor’s office.”

After the 44 PA students finished interviewing the 13 drama students (many of whom pulled double duty), both course instructors evaluated the videos to gauge their students’ performances.

“They surprised me,” Joiner said of his acting students. “I told them I wished they’d act that well for me in class, but if they do their good stuff outside, that’s good.”

“I thought it would be a positive reflection of consolidation and how the two campuses have come together and are working together,” Redmond said. “Now that we’ve consolidated, we have so many resources on the Summerville Campus to help our students and help their students work together and get to know each other.”