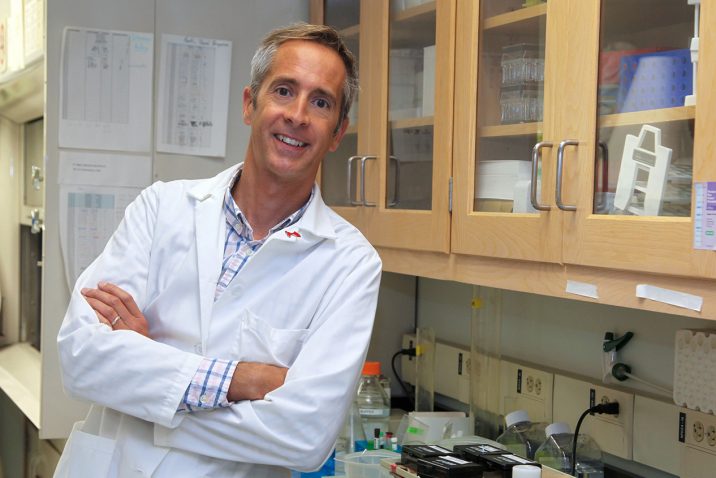 Obesity and a high-salt diet are both bad for our hearts but they are bigger, seemingly synergistic risks for females, scientists report.

“We see younger and younger women having cardiovascular disease and the question is: What is the cause?” says Dr. Eric Belin de Chantemele, physiologist in the Vascular Biology Center and Department of Medicine at the Medical College of Georgia at Augusta University. “We think the fact that females are more salt sensitive and more sensitive to obesity are among the reasons they have lost the natural protection youth and estrogen are thought to provide.”

His message to women based on the sex differences they are finding: “First reduce your consumption of salt, a message the American Heart Association has been pushing for years, which should also result in a reduction in your intake of highly processed, high-calorie food and drink.”

Belin de Chantemele, whose research team has been exploring why so many young women are now getting cardiovascular disease, is presenting their findings during the Henry Pickering Bowditch Award Lectureship at the American Physiological Society Annual Meeting at Experimental Biology 2021 this week. The award, which honors the scientist who created the first physiology lab in the country and was the American Physiological Society’s first president, recognizes original and outstanding accomplishments in the field of physiology by a young investigator.

The sex hormone estrogen, which has some protective powers like keeping blood vessels more flexible, is considered a natural protection for premenopausal women yet, along with soaring rates of severe obesity in young women, heart disease is now the third leading cause of death in females between the ages 20-44 — fourth for males in that age group — then moves up to second place for the next 20 years in both sexes, and is the number one killer for both men and women looking at all ages, according to the National Vital Statistics Reports.

While he refers to bad nutrition as the “world’s biggest killer” and obesity as a major risk factor for hypertension in both sexes, his lab has mounting evidence that obesity and high salt intake are even bigger risks for females, who have naturally higher levels of two additional hormones, leptin and aldosterone, setting the stage for the potentially deadly cardiovascular disparities.

Many of us likely think of leptin as the “satiety hormone” that sends our brain cues to stop eating when our stomach is full, but in obesity, the brain typically stops listening to the full message but the cardiovascular system of women starts getting unhealthy cues.

Belin de Chantemele has shown that in females leptin prompts the adrenal glands, which make aldosterone, to make even more of this powerful blood vessel constrictor. Like leptin, females, regardless of their weight, already have naturally higher levels of aldosterone and actually bigger adrenal glands as well.

A result: Obesity actually produces larger blood pressure increases in females, and studies indicate that females also are more prone to obesity associated vascular dysfunction — things like more rigid blood vessels that are not as adept as dilating. On the other hand, leptin actually increases production of the vasodilator nitric oxide — which reduces blood pressure — in the male mice, one of many cardiovascular differences they are finding between males and females.

Aldosterone is the main mineralocorticoid, a class of hormones that helps maintain salt balance, and Belin de Chantemele and his team reported in 2019 in the journal Hypertension that the hormone progesterone, which enables pregnancy, also enables high levels of these mineralocorticoid receptors for aldosterone in the endothelial cells that line blood vessels in both female lab animals and human blood vessels.

They reported a few years before in the same journal that higher leptin levels produced by more fat prompts the adrenal glands to make more aldosterone in females. “If you have higher aldosterone levels you will retain sodium and your blood volume will be higher,” he says.

They’ve shown, for example, that in just seven days on a high-salt diet, the ability of female mice to relax blood vessels decreased as blood pressure increased. Treatment with the aldosterone agonist eplerenone helped correct both.

Because females already make more aldosterone, and the normal response of the body when you eat a lot of salt is to make even more aldosterone to help eliminate some of it, his team now proposes that females appear to have an impaired ability to reduce both the levels of the enzyme that makes aldosterone and the hormone itself, which makes them more salt sensitive.

One thing that means is that salt raises females’ blood pressure without them actually retaining more salt than the males. It also means that they think that blood vessels are more important in blood pressure regulation in females than males, which means they may need different treatment than males. To further compound the scenario, high salt increases the adrenal leptin receptor in the females, providing more points of action for leptin, which probably helps explain why aldosterone levels don’t decrease in females like they do in males.

A new $2.6 million grant (1R01HL155265-01) from the National Heart, Lung and Blood Institute is enabling them to further investigate, in both lab animals and human tissue, the female’s unique responses to a high-salt diet, include the specific contributions of the failure of aldosterone levels to drop, along with the increased expression of aldosterone and leptin receptors.

While trends in being overweight in about the last 50 years have held pretty steady for men and women, with decreases for men in the last handful of years, rates of severe obesity have been climbing, with women far outpacing men.

“We want to continue to put the puzzle together with the goal of helping restore protection from cardiovascular disease to young women, when a healthy diet and increased physical activity do not,” Belin de Chantemele says. 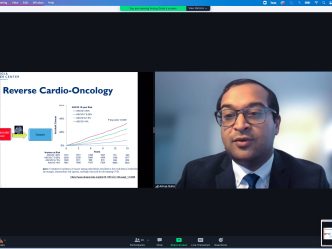 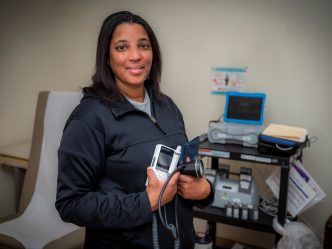