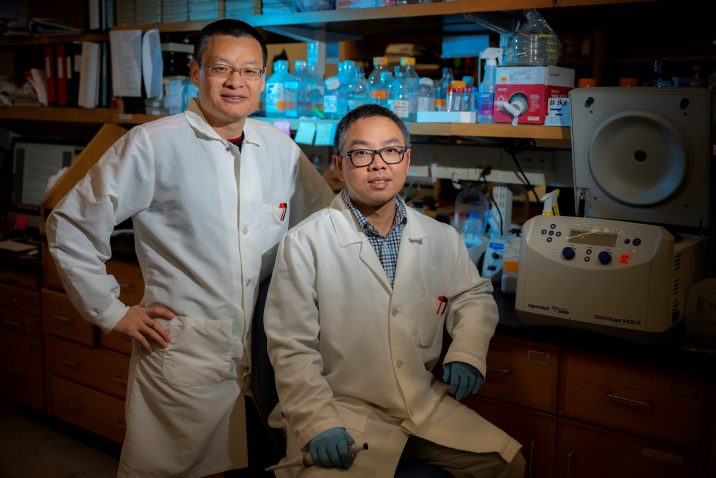 A molecule of RNA called CARMN has been found in abundance in the healthy smooth muscle cells that help give our blood vessels strength and flexibility, and distinctly decreased in vascular diseases like atherosclerosis, a major cause of heart attack and stroke, scientists report.

Their findings in human tissue and confirmed in rodent models of vascular disease provide new insight into how smooth muscle cells in our blood vessel walls go from enabling a sound passageway for blood flow to instead enabling plaque development in places like our coronary arteries and/or reclosure of those arteries following common treatments including angioplasty and stent placement.

They also potentially point to a new approach to avoiding both, that could one day include adding CARMN to drug-eluting stents, which are currently coated with antiproliferative drugs to help deter the unhealthy cell proliferation and scar formation that may result from their placement.

“If you have a low level of CARMN, it mostly likely predisposes you to a higher susceptibility to get atherosclerosis or angioplasty-induced restenosis,” says Dr. Jiliang Zhou, vascular biologist in the Department of Pharmacology and Toxicology at the Medical College of Georgia at Augusta University. “If CARMN is downregulated, it will induce or trigger those smooth muscle cells to become unhealthy or diseased.”

When the scientists restored healthy CARMN levels in models of common vascular disease, unhealthy cell proliferation and scar formation inside blood vessels were dramatically diminished, and when they removed CARMN from smooth muscle cells, the damage response was exaggerated, leaving little room for blood to flow, they report in the journal Circulation.

Many of us likely think about RNA making proteins, and which proteins the RNA makes determine a gene’s function. Less-studied noncoding RNAs don’t make proteins but do help regulate cells, and have been shown to have a role in many different normal body functions as well as disease states like cancer. So the scientists decided to look at what was happening with long noncoding RNA in vascular disease, and that’s where CARMN stood out.

Senior postdoctoral fellow Dr. Kunzhe Dong, the study’s first author, led analysis of large-scale human datasets of RNA sequencing of multiple tissue and cell types to find the long-noncoding RNAs — literally the longest of the noncoding RNAs — that were abundant in smooth muscle cells and might have a role in their activity. The datasets enabled them to compare expression in healthy and changed, or modulated, cells in a single individual.

CARMN emerged as the sole long noncoding RNA consistently abundant in human smooth muscle cells, and subsequent studies of mouse tissues showed the same. Inside those cells, corresponding author Zhou and his colleagues saw CARMN bind to and increase the activity of myocardin, a protein and potent activator of genes critical to the differentiation of smooth muscle cells.

“They need each other to potentiate the function of each other,” Zhou says. CARMN is the first non-coding RNA found to interact with myocardin in a relationship that appears specific and essential to smooth muscle cells.

The new data indicate CARMN’s roles include helping regulate the response of vascular smooth muscle cells to injury, like those unavoidably sustained during common procedures like angioplasty, in which invasive cardiologists use balloons, lasers, even drills to restore blood flow through diseased arteries, and often place stents, wire-mesh cylindrical-shaped structures, inside blood vessels to help maintain that blood passage.

Smooth muscle cells likely are trying to help repair the injury, but they are known to become less contractile and more proliferative as part of their injury response. In some individuals they appear to overreact, which can result in reclosure or at least renarrowing of an artery following angioplasty and/or stent placement.

In their current laboratory studies, for example, 14 days after a balloon injury was induced, similar to what happens in angioplasty, they found CARMN expression significantly reduced compared to levels in a control artery. And, when they genetically knocked down natural CARMN levels in smooth muscle cells, cell proliferation and migration as well as scar formation inside the artery, called the neointima, were significantly increased, they write.

Conversely, when they used the infective power of the respiratory illness inducing adenovirus to deliver more CARMN directly to the injury site, it decreased the obstructions.

The scientists used a green fluorescent protein knock-in reporter mouse model to look at how and where CARMN expression changed. When Zhou looks at the cell contents of diseased human or animal coronary arteries he sees essentially the same population of cell types and sees major CARMN expression is pretty much limited to the smooth muscle cells. That expression pattern provides great evidence of CARMN’s importance to smooth muscle cells and, if the work leads to treatments that enhance CARMN expression, will likely limit any side effects, Zhou notes.

CARMN levels may even help determine initial disease risk, Zhou says. While more work is needed, CARMN levels are known to vary between individuals and animals, he says. While it’s also known that a high-fat, high-cholesterol Western diet contributes to blood vessel disease in the heart, brain and legs, Zhou has some evidence it also decreases natural levels of CARMN. They found CARMN levels also decreased in human arteries in the brain that had aneurysms, a weak point in the vessel wall.

He and his colleagues are exploring that association further, and want to also answer questions like whether exercise can increase CARMN levels and whether aging decreases them, as he expects they do.

Smooth muscle cells are the major contractile component of blood vessel walls as well as many other “hollow” organs like the bladder and intestines, they write.

The research was supported by the National Heart, Lung and Blood Institute and an Established Investigator Award and Transformational Project Award from the American Heart Association to Zhou.

Dr. Dong is also supported by a postdoctoral fellowship from the American Heart Association. 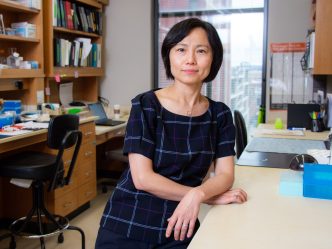 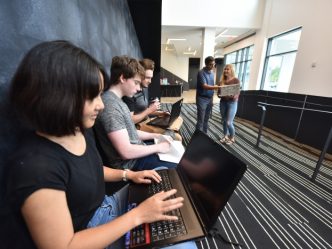 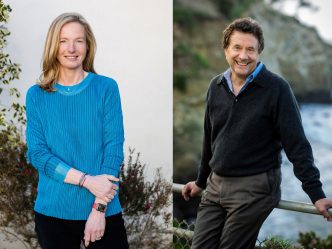