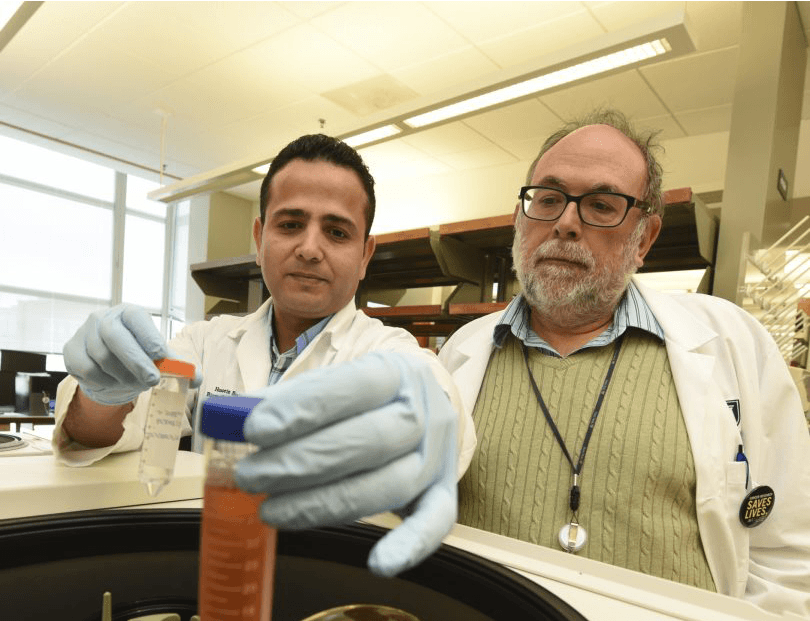 New research published in Cancer Immunology Research by Drs. Esteban Celis and Hussein Sultan of the Georgia Cancer Center at Augusta University could serve as the stepping-stone in constructing vaccines with a greater likelihood of finding and attacking tumors in the human body.

According to Celis and Sultan, the key in this vaccine strategy is increasing the amount of time a cytokine called interleukin 2 (IL2) stays in the body. IL2 is a molecule in the immune system responsible for regulating the activity of some white blood cells known as killer T cells.

During their experiments, Celis and Sultan noticed there was also an increase in the T cells’ ability to resist cancer immune evasion caused by a protein called programmed death-ligand 1 (PD-L1). It is well known that the PD-L1 protein can be produced by tumor cells, allowing them to evade destruction by the killer T cells.

“Together, these results substantially improved the antitumor efficacy of peptide-based vaccines in tumor-bearing mice,” Sultan said.

Celis added, “In order to be effective, IL2 needed to be administered either as a complex of IL2 and anti-IL2 antibody, or in the form of polyethylene glycol-modified IL2 (PEG-IL-2). These formulations prolonged the half-life of IL2, allowing sustained activation of the IL2 receptor on vaccine-generated T cells, allowing them to survive longer in the body and attack the tumor.”

According to Celis, it is difficult for vaccines to induce antibodies against tumors because most of the tumor antigens are not foreign proteins, as is the case with viruses. On the other hand, T cells have the capacity to recognize other types of antigens.

“As we know, cancer cells are created when normal cells undergo certain mutations,” Celis said. “So, they don’t always look foreign to our immune system.”

Both Celis and Sultan hope their observations in mouse models of cancer can find their way into clinical studies with human cancer patients.

“Working on this research project was very rewarding and exciting,” Sultan said. “I want to help the scientific community discover insights on how to use the body’s immune system to fight this devastating disease.”