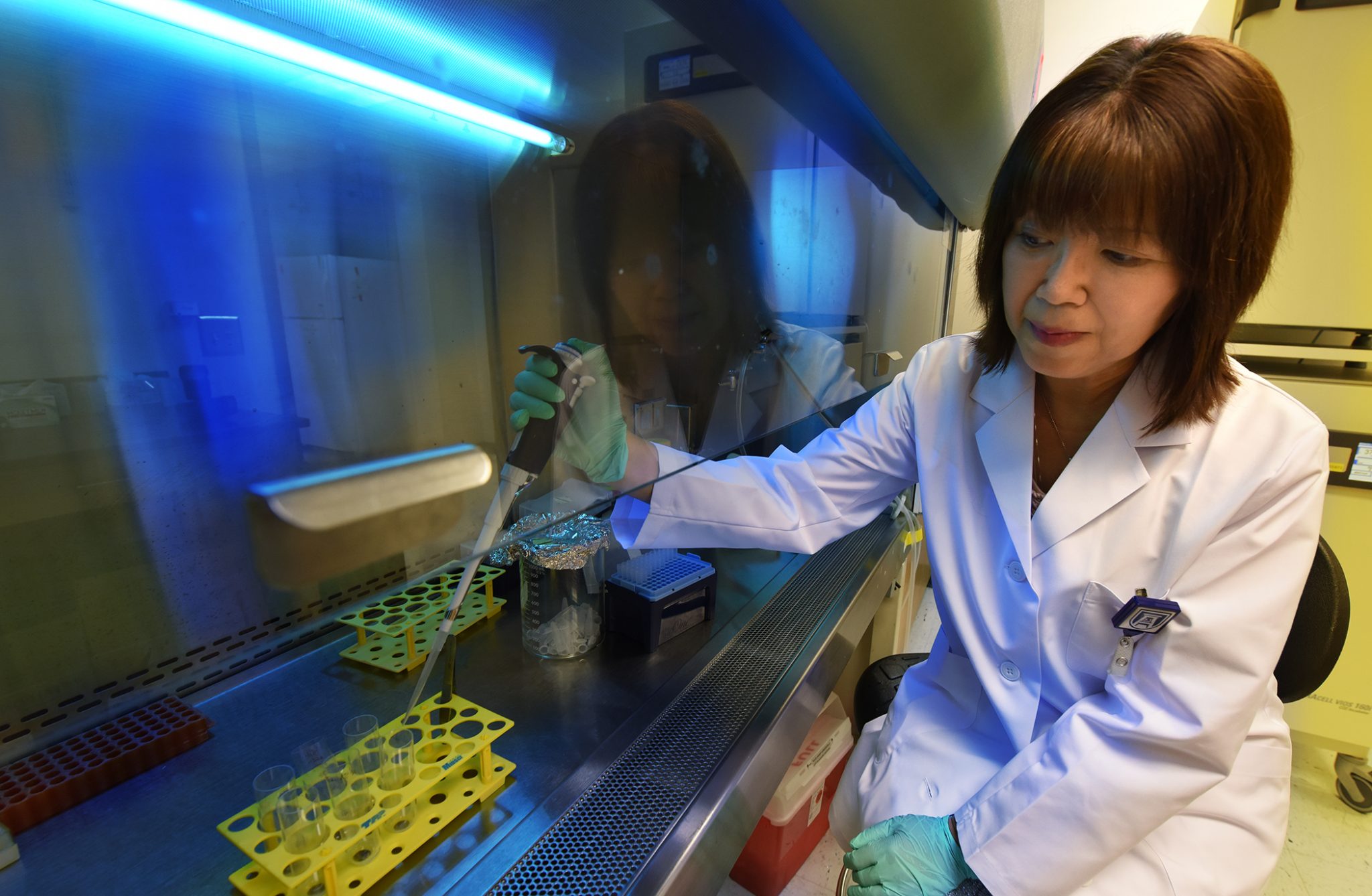 AUGUSTA, Ga. (July 9, 2018) – In diabetes, both the tightly woven endothelial cells that line our blood vessels and the powerhouses that drive those cells start to come apart as early steps in the destruction of our vasculature.

Now scientists have evidence that these breakups occur as another relationship falls apart.

Levels of the enzyme PDIA1, which enables a healthy homeostasis of endothelial cells as well as production of new blood vessels, decrease in diabetes, while activity of Drp1, a key regulator of fission regulated by PDIA1, goes way up, Medical College of Georgia scientists report in the journal Cell Reports.

The imbalance drives endothelial cells and their powerhouses apart, setting up a vicious cycle where too much reactive oxygen species, or ROS, gets made by the mitochondria, says Dr. Masuko Ushio-Fukai, vascular biologist in the Vascular Biology Center and Department of Medicine at MCG at Augusta University.

Powerhouses further fragment, more Drp1 gets oxidized and activated and even more ROS gets produced, says the study’s corresponding author.

The biological glue that helps hold endothelial cells together begins to come apart and so do the previously tightly connected cells.

“It’s very leaky and promotes inflammatory cells, like macrophages, to the endothelial cells which causes even more disruption,” Ushio-Fukai says.

The discoveries provide new treatment targets for diseases associated with endothelial cell senescence, or aging, such as diabetes, cardiovascular disease and age-related disorders, the scientists report.

Potential points of intervention include restoring a healthy balance of PDIA1 and Drp1 and/or reducing the high oxidative stress that throws off the balance in diabetes and other disease.

“It’s clear that endothelial function is impaired in conditions like diabetes as well as aging,” Ushio-Fukai says. “If we can help restore the function of endothelial cells, we can help keep blood vessels more normal.”

We know that some ROS is needed for a variety of body functions, but that high levels are associated with aging throughout the body. Inside our endothelial cells, the mitochondria, known for producing the cell fuel ATP, actually primarily produce ROS – mainly superoxide and hydrogen peroxide – as fuel and ROS in turn helps fuel mitochondria.

Much like a high performance versus lower performing car, ROS is sufficient to keep the normally quiescent cells that line our blood vessels functioning, versus our heart muscle cells, for example, which need a lot of the high-test ATP, Ushio-Fukai says.

In fact, normal levels of ROS actually activate PDIA1 and are a signaling molecule for angiogenesis, the formation of new blood vessels.

But the MCG scientists have shown that the high ROS levels in diabetes instead decrease activity of PDIA1, which impairs angiogenesis. In this high oxidative-stress environ, with its regulator turned down, oxidation and activity of Drp1 go up, Ushio-Fukai says.

The imbalance sets in motion other unhealthy events that include the mitochondria literally coming apart – rather than undergoing the normal fission and fusion – which results in even more ROS production and that vicious cycle.

When the scientists knocked out PDIA1 in endothelial cells isolated from human blood vessels, they found more evidence that the protein is required to maintain endothelial cell function. The endothelial cells started looking and acting older. There was less cell growth and proliferation as well as impaired angiogenesis and ability to dilate.

When they looked at whether PDIA1 regulates ROS levels in endothelial cells, they found that the loss of PDIA1 induces both a slight increase inside the endothelial cells and mitochondrial dysfunction, including significantly increasing the amount of ROS produced by mitochondria. Mitochondria, which are typically in constant state of fission and fusion, only fragment without PDIA1 in their endothelial cells.

They showed that PDIA1 appears to have a direct role in regulating the fission action of Drp1 and were able to rescue the cells from excessive mitochondrial fragmentation by delivering more PDIA1 directly to the cells and to their mitochondria. Looking again at the relationship between PDIA1 and Drp1, they saw a significant increase in Drp1 when they silenced PDIA1 in endothelial cells. A Drp1 inhibitor, in turn, silenced the expected mitochondrial fragmentation, related endothelial cell senescence and the impaired ability to form capillaries.

Wound healing is a big problem in diabetes, to some extent at least because of impaired angiogenesis, so they also looked in a mouse model of wound healing with type 2 diabetes. PDIA1 expression was markedly downregulated in the skin compared with healthy mice. When they transferred normal PDIA1 to the vascular endothelial cells in the diabetic mice, it rescued normal protein levels and wound healing. Wound healing was also impaired in mice missing PDIA1 and, once again, restoring the normal protein normalized wound healing.

“We showed that impaired wound healing in diabetic mice can be restored by treatment of endothelial cell senescence,” Ushio-Fukai says.

Next steps include developing a clinical grade Drp1 inhibitor. The MCG scientists also are looking at delivery systems for PDIA1, including use of biological packages called exosomes, which cells  use to communicate and swap contents.

The research was supported by the National Institutes of Health, a Department of Veterans Affairs Merit Review grant and the American Heart Association.