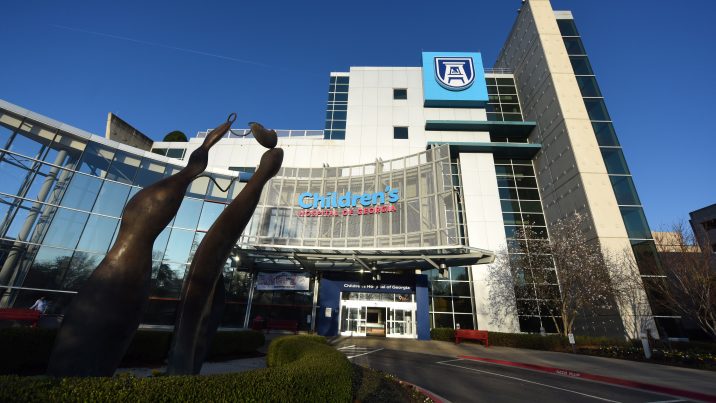 Pediatric emergency departments like the one at Children’s Hospital of Georgia can mean a big difference in the quality of care young patients receive.

A new study in the publication Pediatrics bears that out, showing critically ill children admitted to emergency departments (EDs) that are poorly prepared to deal with pediatric emergencies are three times as likely to die than children who are admitted to child-ready EDs.

“Primarily, our findings suggest that patient outcomes may be improved by increasing the readiness of hospitals to care for pediatric emergencies,” wrote Stefanie G. Ames, MD, from the David Geffen School of Medicine at the University of California, Los Angeles, and colleagues.

The study was based on data from 426 hospitals in five states from the year 2013, when 20,483 critically ill children aged 18 or younger were presented to an ED.

Children’s Pediatric Emergency Department has been in place for 20 years, and has been fully staffed 24 hours a day, seven days a week since 2016.

Dr. Robyn Hatley, pediatric surgeon and the Leon Henri Charbonnier Endowed Chair in Surgery at the Medical College of Georgia at Augusta University, has served for three decades at MCG and has seen the difference having a pediatric emergency department can make.

“We are the only [American College of Surgeons verified] level 2 pediatric trauma center in the state of Georgia,” he said.

“There’s been an increase in the amount of resources over the last 24 years, so we’re at the point now where we can handle anything that’s thrown at us,” added Dr. Terence O’Keefe, chief of trauma at Augusta University Health. “When you have more specialists in one place who are used to doing this day in and day out, the quality is better, the safety is better and that gets back to being three times more likely to deal with it.”

Hatley said a fully staffed team is key to the kind of care they can provide in an emergency situation.

“When we have an emergency and have to work together as a team, it’s fantastic,” he said.

Hatley is also a firm believer that the pediatric emergency department should help all who need it.

“Every ICU could be full, but we will never turn down a patient.”