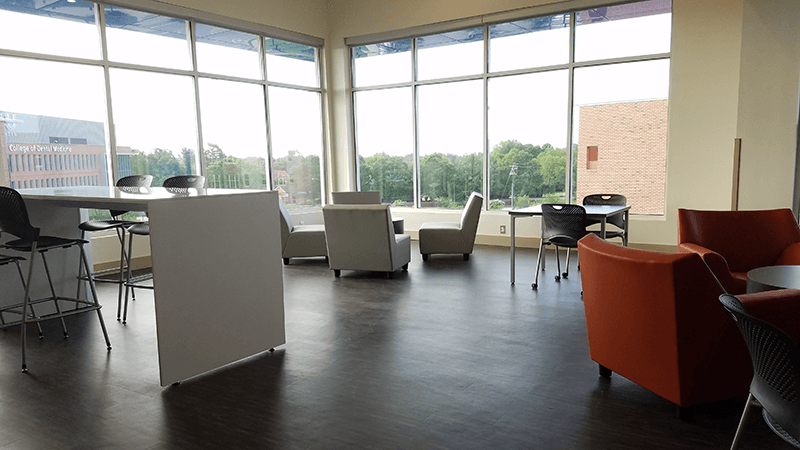 When undergraduate students move into the brand new Oak Hall on Saturday, they’re moving into a state-of-the-art building outfitted with an impressive array of new technology designed to make the residence hall experience as convenient and enjoyable as possible.

It only takes a moment to realize that these are not your father’s so-called dorms.

Though the rooms are great, the views from the gather spaces are spectacular, and the built-in green space will provide plenty of opportunities for programing, most students come to school concerned about the tech, and Jaguar Park was designed with that in mind.

Cable TV is included in the rental agreement, and as long as a student has a late model digital TV, it’s pretty much plug and play. Even those who come to campus with older televisions can still receive cable service; they’ll just have to purchase a converter box.

As for internet, Director of Housing and Student Life Heather Schneller says it’s all bundled into the rental agreement as well.

“Students will get 50 megabits per second (Mbps) download speeds and the ability to run five devices simultaneously,” she said.

For less than $100 per semester, students can upgrade to 100 Mbps download speed and the ability to run 10 devices at one time.

With the Elm Hall graduate and professional students already moved in, Schneller has already received feedback on the new facilities, and one of the features she hears about the most is the laundry rooms.

“Students rave about the laundry rooms,” she said.

The cost of doing laundry is also included in the price of the rental agreement, so students no longer have to worry about stockpiling quarters or keeping money on their JagCard. Even better, they don’t have to waste time monitoring the machines: There’s an app for that.

Because the machines are all networked, when a cycle is done, an app lets the student know it’s time to switch out machines.

There is a limit to the sophistication, however.

“I joke with students at orientation and let them know that the app will notify them, but it won’t move their clothes for them,” Schneller said.