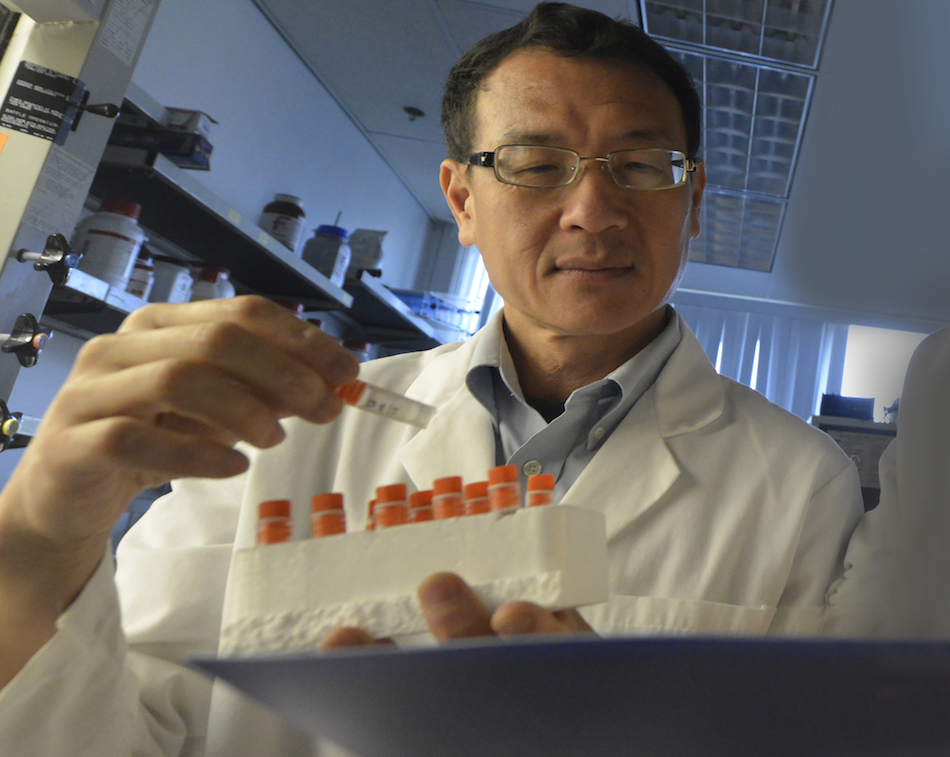 New finding about a protein that enables our brains and muscles to talk, provides new insight into muscular dystrophy

A huge colony of receptors must be optimally positioned and functioning on our muscle cells for our brains to talk with our bodies so we can walk and breathe.

Now scientists have found that a protein believed to help anchor that city of receptors also helps ensure their formation and function and slow their degradation.

The finding provides new insight into how diseases, such as muscular dystrophy, that disconnect brain and body occur, as it points to novel treatment targets, said neuroscientist Dr. Lin Mei.  Mei is chairman of the Department of Neuroscience and Regenerative Medicine at the Medical College of Georgia at Augusta University, Georgia Research Alliance Eminent Scholar in Neuroscience and corresponding author of the study in the journal Neuron.

The protein is rapsyn, and the receptors are for acetylcholine, a neurotransmitter that motor neurons release to activate our muscle cells. Rapsyn is made by our muscle cells and considered a sort of biological anchor that interacts with the acetylcholine receptors to ensure that they are optimally positioned for our muscles to receive orders from our brain.

“For precise, efficient synapse function, the receptors have to be extremely highly concentrated at exactly the right place,” Mei said.

The connection, or synapse, the cells form is called the neuromuscular juncture. During development, neurons in the spinal cord reach out to muscle cells to form this direct line of communication. To make that connection, neurons release the protein agrin, which reaches out to LRP4, a protein on the muscle cell surface. This activates MuSK, an enzyme that supports the clustering of receptors on the muscle cell surface that will enable communication.

Now Mei and his collaborators have shown that rapsyn does not just help hold these receptors in place on the muscle cell, but also functions as an enzyme to help drive the formation of the neuromuscular juncture through a process called neddylation. In fact, agrin and MuSK also aid this neddylation.

The newly discovered action occurs in one of three domains, or parts, of rapsyn called RING, whose specific function was previously unknown. Rapsyn’s classic scaffolding function is in another portion; a third portion has a still unknown role.

The RING finding is a bit of a surprise since in biology anchor proteins like rapsyn typically don’t have this enzymatic activity. “This anchor is active,” Mei said. In fact, this is the synapse brain protein found that appears to have both these essential jobs with receptors.

It was known that there’s a lot of rapsyn near the acetylcholine receptors at the neuromuscular juncture and there is fairly constant turnover of both. The new finding indicates that rapsyn  helps ensure plenty of receptors are always present in this dynamic environ.

Rapsyn mutations that result in receptors not clustering or functioning properly likely contribute to a wide range of muscle weakness seen in muscular dystrophy, Mei said. This includes congenital myasthenic syndrome, which most often affects facial muscles and may first show up as drooping eyelids. Even before the function of the RING portion was known, others had found that defects or deletions specifically in this portion of rapsyn cause human fetuses to be stillborn, likely because of their inability to breathe, said Mei, a dramatic indicator of the domain’s essential role in development of the nerve-muscle connection. Mice cannot survive without the enzymatic action of rapysn, the MCG scientists have shown.

“Fundamentally, it provides a novel mechanism for synapse formation,” Mei said. “Translationally, by identifying this novel enzymatic activity, presumably, you could develop a therapeutic way to make it more active.”

They still have plenty of questions, like if rapsyn also changes the function of the receptors, as Mei suspects. They also want to see if mutations in these other parts of rapsyn impact the enzymatic role of the RING domain, since there is evidence that mutations in other portions also can lead to deadly breathing problems. The scientists also are pursuing the function of the third rapsyn portion.

And that’s only the tip of the iceberg and a clue, Mei theorizes, to also take a look at anchor proteins throughout the body, including the brain itself. He is already looking at classic anchoring proteins, such as PSD-95, in the neuron-to-neuron connections, for any evidence of enzymatic activity – and potential new therapeutic targets – there.

Collaborators include Dr. Huabo Su, a neddylation expert in the MCG Vascular Biology Center, and Dr. Wen-Cheng Xiong, developmental neurobiologist and Weiss Research Professor in the MCG Department of Neurology.

The research was funded by the National Institutes of Health, the Department of Veterans Affairs and the National Natural Science Foundation of China. 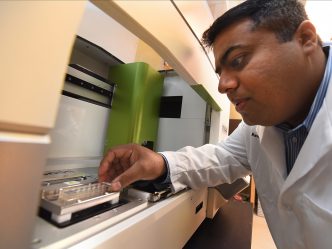 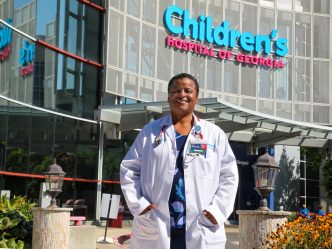 Get kids used to wearing a mask before school starts 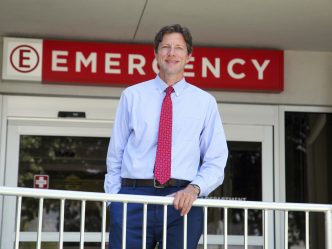 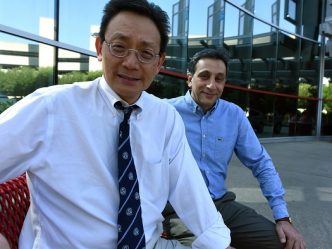 Written by Toni Baker
The Guardian: Obesity alters brain structure and function
FacebookTwitterPinterestWhatsApp
8 tips to keep kids safe in kitchen at Thanksgiving and every day