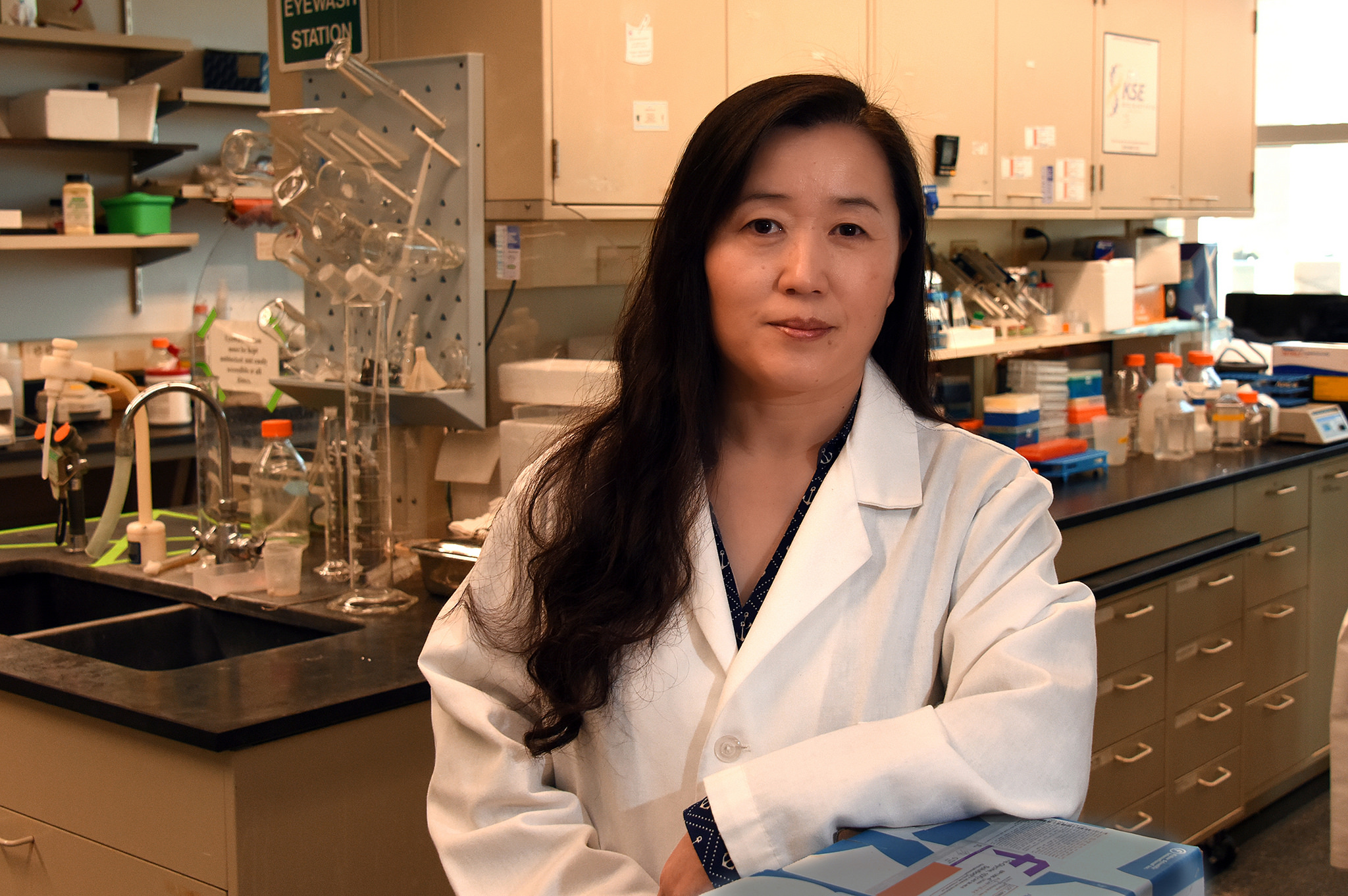 Dr. Xin-Yun Lu, an established investigator pursuing the potential of two fat-cell derived hormones as novel therapies for depression and PTSD, has been named professor in the Department of Neuroscience and Regenerative Medicine at the Medical College of Georgia at Augusta University and Georgia Research Alliance Eminent Scholar in Translational Neuroscience.

Lu, a pharmacologist, molecular behavioral neuroscientist and professor at the School of Medicine of the University of Texas Health Science Center at San Antonio, comes to MCG June 1.

“Dr. Lu brings to MCG and AU not only her exciting studies on novel therapeutic approaches for common and potentially disabling mental disorders, but new directions for a variety of major disease states – from diabetes to cancer – in which leptin and adiponectin appear to be a common denominator,” said Dr. Lin Mei, chairman of the MCG Department of Neuroscience and Regenerative Medicine and Georgia Research Alliance Eminent Scholar in Neuroscience.

“There is no doubt Dr. Lu will be a great collaborator in MCG’s fight on many fronts against diseases that impact the well-being of our state and nation,” said Dr. David C. Hess, interim dean of MCG and interim executive vice president for medical affairs and integration at AU. “We very much appreciate the partnership of the GRA in bringing her to MCG and to the GRA Eminent Scholar Academy.”

For 26 years, the Georgia Research Alliance has built greater collaboration among the state’s research-intensive universities to expand scientific discovery and launch new companies in Georgia. In fiscal year 2016, the GRA Eminent Scholar Academy was responsible for bringing in $527 million in competitive research grants and the scholars employed more than 1,250 in their labs.

“GRA is proud to welcome Dr. Lu to the GRA Academy and believe she will be an excellent addition to our Neuroscience and Regenerative Medicine communities,” said Michael Cassidy, president and chief executive officer of the Georgia Research Alliance. “Her innovative research has the potential to pave the way for new treatments for mood disorders, depression and PTSD.”

Lu’s research focus includes adiponectin, a signaling hormone made by fat cells and secreted into the bloodstream that helps regulate glucose levels by increasing the breakdown of fatty acids, which reduces insulin resistance. Low adiponectin levels are associated with diabetes, obesity, cardiovascular disease and cancer.

Lu has established connections between low levels of the hormone and depression as well as PTSD, and identified adiponectin as a therapeutic target for both. Additionally, Lu studies the satiety hormone leptin, also secreted by fat cells, that appears to also impact emotion. Her scientific team has evidence in an animal model that chronic stress raises levels of stress hormones and decreases leptin levels. Her research suggests that giving leptin has a similar effect as an antidepressant.

Lu’s work is currently supported by three grants from the National Institutes of Health; she has been consistently funded by the NIH for more than a decade and is corresponding or first-  author on nearly 40 peer-reviewed journal articles.  She is a regular member of the NIH Neuroendocrinology, Neuroimmunology, Rhythms and Sleep Study section. She is founder and visiting professor of the Institute for Metabolic & Neuropsychiatric Disorders at her medical school alma mater in China.

Lu is guest associate editor of PLOS Genetics, academic editor of PLOS ONE and guest field editor for the International Journal of Neuropsychopharmacology. Lu’s honors include an Independent Investigator Award from the National Alliance for Research on Schizophrenia and Depression. She is an avid educator and mentor for graduate students and postdoctoral fellows.

She earned a medical degree from Binzhou Medical College in China; a doctorate in pharmacology from Washington State University and completed a postdoctoral fellowship at the Mental Health Research Institute of the University of Michigan Medical School in Ann Arbor. She joined the University of Texas faculty and moved to San Antonio in 2003.