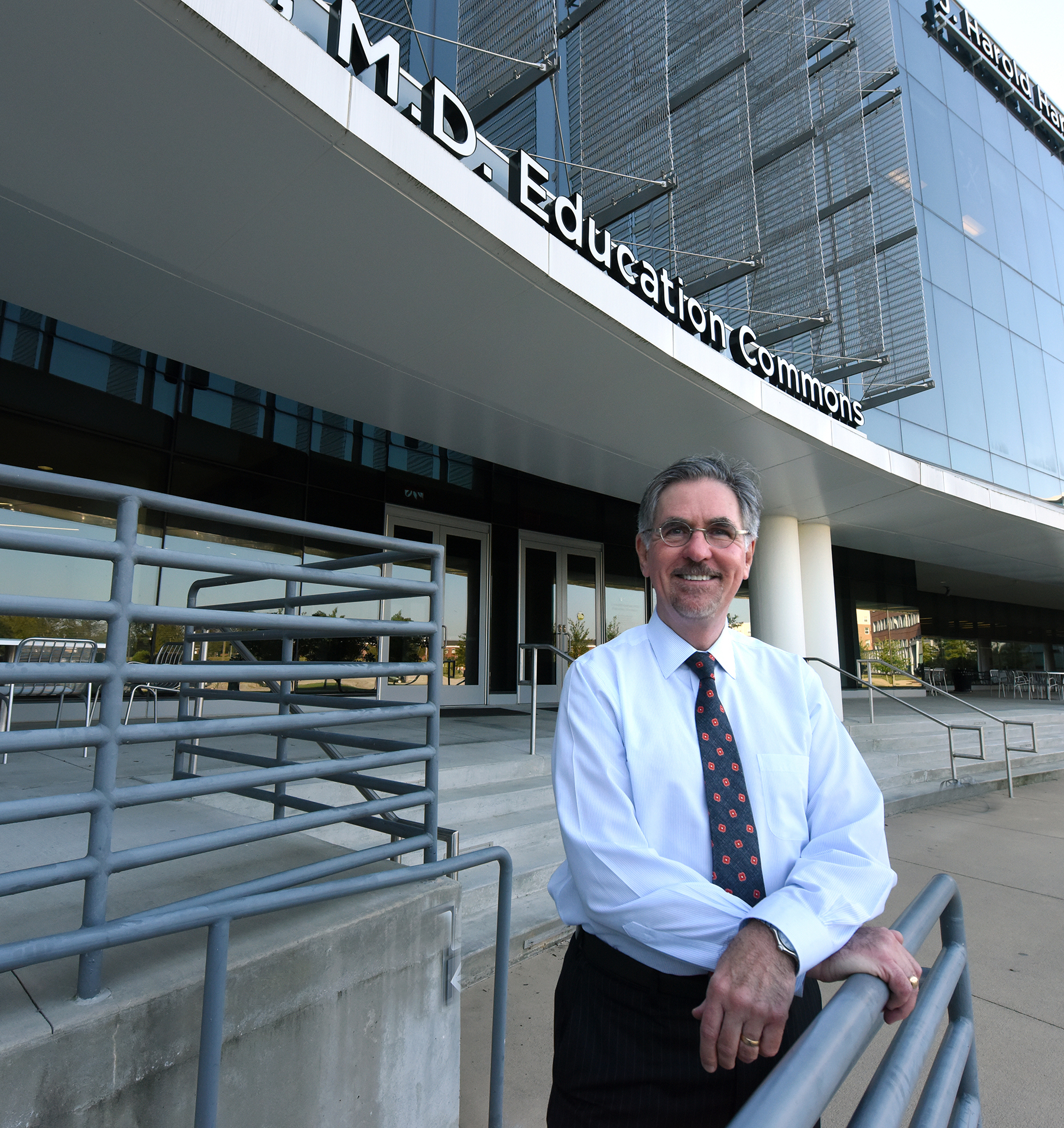 Dr. Doug Miller, a cardiologist who has thrice served as a medical school dean, including as dean of the Medical College of Georgia from 2006-10, has been named MCG’s senior associate dean for undergraduate medical education.

The senior associate dean leads the medical school’s academic programs and works collaboratively with not only the staff in the Office of Academic Affairs, but with faculty and staff across the medical school and the state who are committed to MCG’s core mission of physician education. This includes oversight of curriculum, admissions, student affairs and faculty development, as well as MCG’s statewide campus network and working with the associate dean for evaluation, accreditation and continuous quality improvement to continually assess and refine educational programs.

“Asking Dr. Miller to step into this role after he returned to MCG earlier this year was an easy decision,” says Dr. David C. Hess, MCG dean. “He is not only a great physician, but a great educator of physicians with experience leading medical schools both here and in Canada. He knows MCG and knows that this medical school’s core mission is educating the next generation to help reduce the burden of poor health in this state and beyond.”

“I am excited to be back at MCG and honored to be charged with shaping the future of medicine,” Miller says. “I look forward to working with MCG’s top-notch faculty and finding the best ways to support these future physicians — academically, professionally and personally.”

Before returning to MCG in January, Miller served as dean at New York Medical College’s School of Medicine from 2015-17 and as dean for the Faculty of Medicine & Dentistry at the University of Alberta. He was a Robert G. Petersdorf Scholar-in-Residence at the Association of American Medical Colleges from 2010-12.

He has been a member of the Liaison Committee on Medical Education, chairing the accrediting body’s site surveys at the University of California, Riverside, Quinnipiac University’s Frank H. Netter M.D. School of Medicine and Penn State’s College of Medicine. He has been a member of the AAMC’s Council of Deans, including presenting the plenary session, focused on educational quality improvement processes, at the group’s 2015 annual meeting. While serving as dean at MCG, he also was a member of the Georgia Board for Physician Workforce’s Medical Education Advisory Committee.