Four volunteer clinical faculty at the Medical College of Georgia at Augusta University have been honored for their teaching efforts with Excellence in Clinical Education Awards.

“We simply could not educate the next generation of physicians without our volunteer faculty,” says Dr. David Hess, MCG dean. “They so unselfishly give of their time and their wisdom to help preserve the state’s public medical school’s reputation for training the best and brightest future physicians.”

Nominations were sent in from the AU/UGA Medical Partnership, a second four-year campus of MCG in Athens in partnership with the University of Georgia, as well as the medical school’s clinical campuses for third- and fourth-year students based in Albany, Rome and Savannah/Brunswick. Students from each campus voted for the winners. The requisites for the award were simply being volunteer faculty who participate directly in teaching MCG students and demonstrating the characteristics of excellent clinical educators.

The medical school counts more than 2,500 physicians across the state as its volunteer clinical faculty.

This year’s honorees are:

Dr. Alan Morgan, a 2003 MCG graduate and neurohospitalist at St. Mary’s Health Care System in Athens who began teaching MCG students in 2015. Comments about him include praise for his unfailing willingness to take students on rotations. Students praise him for his efforts to improve their presentations, for his skill at confronting delicate and complex neurological problems, for his constructive criticism and his evidence-based decision-making process.

Dr. Kristen Leezer, a 2007 MCG graduate who practices obstetrics and gynecology in Rome at the Northwest Georgia Medical Clinic. She joined the medical school’s clinical faculty in 2015. Students and administrators at the Northwest Campus call her a natural educator who is extremely rigorous, yet supportive. She has become one of the most highly sought out preceptors, with even students who have had limited contact with her requesting more opportunities to work with her.

Major Carla Schnitzlein, a psychiatrist at Fort Stewart-Hunter Army Airfield, near Savannah, who started teaching MCG students in 2017. Campus administrators call her the consummate professional military officer and physician who, despite the heavy demands of her clinical workload, has enthusiastically embraced teaching psychiatry to third-year students. Students get to see everything from adolescents, to retirees, to soldiers with PTSD on their rotations with her.

Dr. Chirag Jani, a palliative medicine specialist and hematologist/oncologist at Phoebe Putney Memorial Hospital in Albany who has taught MCG students since 2010. Jani creates a full immersion experience in palliative care for students. Students say he teaches them how to see each patient as an individual and how to practice medicine without taking away the human element of being a physician. 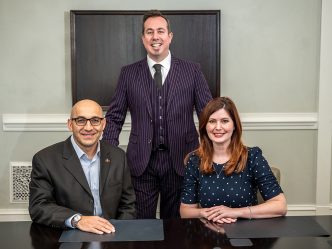 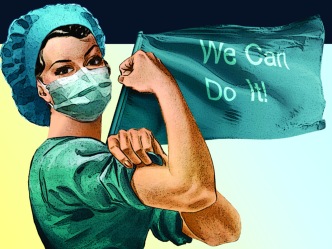