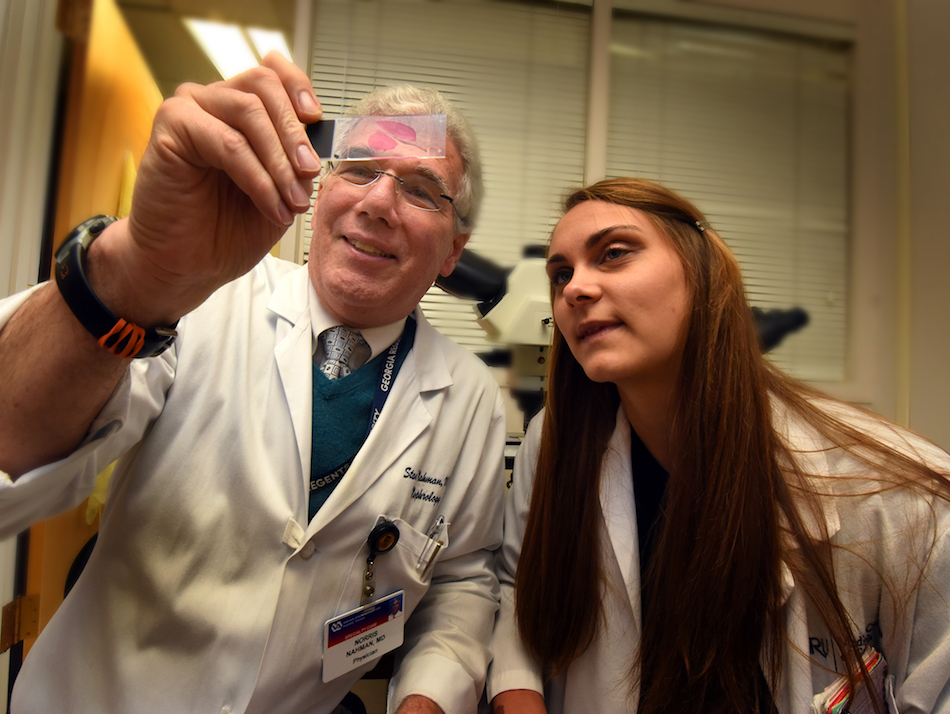 The incidence of syphilis in people with end-stage renal disease in America is three times higher than in the general population.

There’s little research to indicate why both problems exist.

Studies by students from the Medical College of Georgia at Augusta University is helping contribute to the data pool on both. Their findings are being presented at the Southern Regional Meeting of the American Federation for Medical Research this weekend in New Orleans.

In Nicaragua, 14 percent of men have Mesoamerican nephropathy, a chronic kidney disease that presents in young agricultural workers with no clear cause. In some rural areas, where most men work dawn to dusk in sugar cane fields, nearly half of male deaths are caused by the disease. “It’s called the Island of Widows, because every other house has lost their husband,” said fourth-year MCG student Anna Sulimirski.

No one knows why the disease is so prevalent in native Nicaraguan men, she said. Sulimirski and Dr. Stan Nahman, an MCG nephrologist, examined a database of results from a health fair in Chinandega, Nicaragua, which included urine dipstick results for 71 native and non-native men. They were specifically looking at measures of urine specific gravity, which compares the density of urine to the density of water and helps determine how well the kidneys are diluting urine. Urine that’s too concentrated can mean the kidneys aren’t functioning properly.

“What we found, is that the natives had higher urine specific gravities than non-natives, which usually correlates with someone who is dehydrated and needs to drink more water,” Nahman said. “We know that patients who are severely dehydrated and severely volume depleted can develop acute kidney failure. But is that what’s happening here? We don’t really know.”

Sulimirski, who has been traveling to rural Nicaragua for mission work since she was a child and hopes to return to the area to practice one day, suspects a number of things could be at play.

“There are human rights groups that attribute the disease to harsh working conditions, where men are hard laborers working all day with little or no access to shade and with very little to drink,” she said. “I think some of it could also be cultural. In America, we’ve grown up having access to clean water. We go to the sink and just drink it, whereas there, if you and your mom and your mom’s mom have had to go to the river and get clean water, you’re not going to chug water when you’re thirsty. It’s thought of as a limited commodity, so sodas and sugary drinks are popular.”

Previous research, using kidney biopsies, has also shown abnormalities in the part of the kidneys that concentrate urine, which suggests that there may be an underlying genetic cause as well, she said.

“There’s a lack of data on this condition,” Nahman said. “Therefore any observational stuff that comes along may be of use to the data pool.” 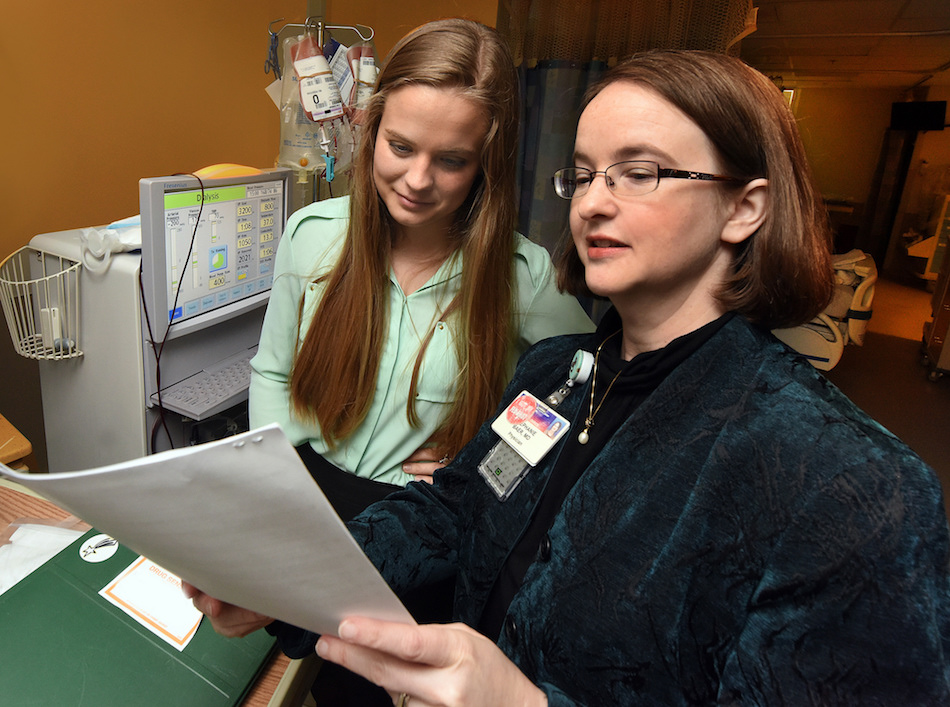 The association of syphilis and end-stage renal disease is another issue that’s poorly understood and studied, according to second-year medical student Erena Weathers. “We don’t know what the connection is, mostly because there’s no data on it.”

In a group of nearly 600,000 people with end-stage renal disease, Weathers and Dr. Stephanie Baer, a hospital epidemiologist and infectious diseases physician at the Charlie Norwood Veterans Affairs Medical Center and MCG, found that 383 people had been diagnosed with syphilis and nearly half of those cases had progressed to neurosyphillis, which occurs when syphilis invades the nervous system and can lead to death.

“There are three stages of syphilis, primary, secondary and tertiary,” Weathers said. “It can affect every organ system. It can have a lot of complications, which is why it’s important to catch it as early as possible.”

“We feel these findings indicate an under-screened population,” Baer said. “(Syphilis is) not something you’d typically expect to see in an end-stage renal disease patient, however certainly it is being seen. Bringing that to light means that we probably need to be more aggressive in our screenings.”

Early screening in these patients would be most beneficial because the treatment for syphilis is a large dose of penicillin, and the body uses the kidneys to eventually eliminate the drug. Good renal function is crucial. “Treating people with renal disease may be a little more complex,” she said.

“(Early on) syphilis is easily treatable,” Weathers added. “That’s why more screening would be beneficial, because there’s no losing.”

“Preferably before you’re in tertiary syphilis, because that has bad outcomes,” Baer added.

Tertiary, or late stage syphilis can affect multiple organ systems, including the brain, nerves, eyes, heart, blood vessels, liver, bones and joints, according to the Centers for Disease Control and Prevention.

Other MCG students, residents and fellows presenting at the meeting and their topics are: