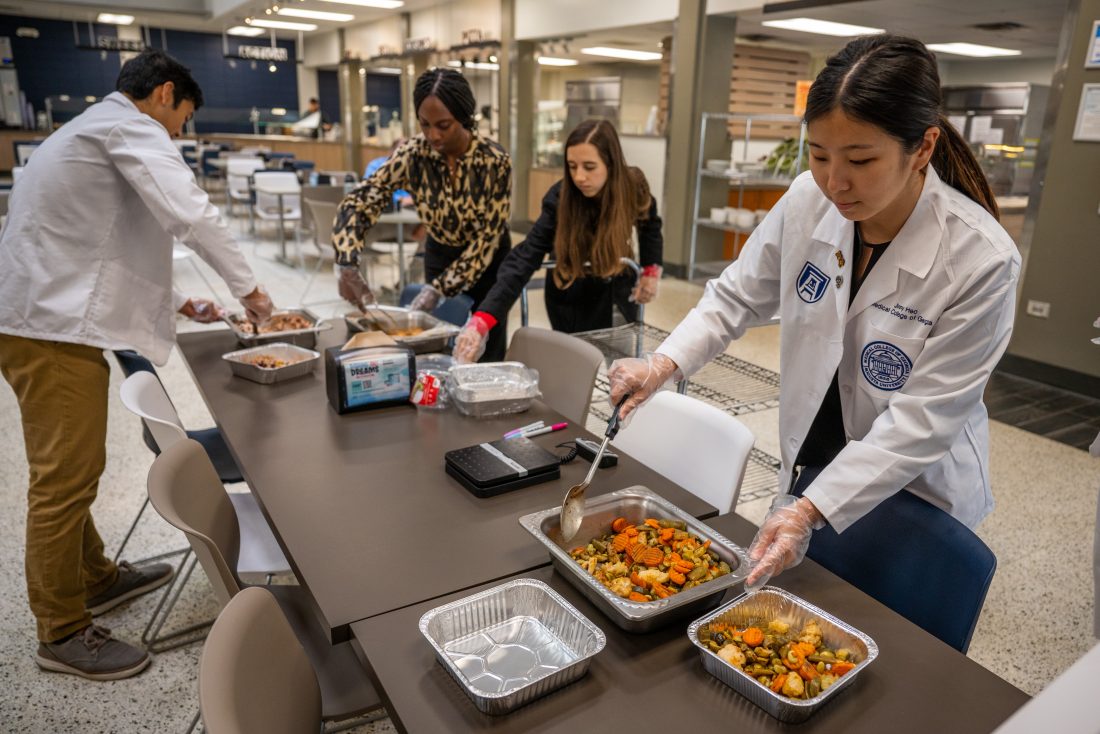 Students at the Medical College of Georgia at Augusta University are working to eliminate food waste on campus and help community partners feed the hungry.

The Augusta University Chapter of the Food Recovery Network was started by third-year MCG students Grace Koh and Michelle Lin. The Food Recovery Network is the largest national student-led movement fighting food waste and working to end hunger in the country. Both Lin, who is from Ringgold, Georgia, and Koh, who is from Decatur, spent their undergraduate years at Emory University, where they were involved in a similar effort.

“At Emory we were part of something called the Emory Food Chain,” Lin says. “We worked with the university to package leftover food from the dining halls and redistribute that to community partners in the Atlanta area.”

It was an idea they wanted to replicate when they came to MCG in 2021. They officially started the AU chapter in the fall and the group has grown to include over 20 other AU students who serve on the executive board or serve as “shift leaders.”

Each weekday, a shift leader and two to three other student volunteers from across the university, meet at one of the dining halls on campus after closing to collect food that has not been purchased that day, store it in aluminum tins and weigh it before delivering it to community partners. The group is currently working with the Garden City Rescue Mission, a local homeless shelter; Grace House Augusta, an eight-bed women’s sober living facility; Broken Outreach Advantage, a housing program for those transitioning out of abuse, addiction and incarceration; and the Ronald McDonald House, which provides housing to families whose children are receiving treatment at the Children’s Hospital of Georgia.

“This is a great opportunity to address some of the food waste our campus dining halls experience by not just reducing environmental impact, but also delivering it directly to people who need that food,” Koh says “We’ve been really fortunate that there’s been so much interest. The dining staff has been incredibly accommodating as well. It’s been a really exciting project.”

According to the US Department of Agriculture, in the United States, food waste is estimated at between 30-40 % of the food supply. This estimate corresponded to approximately 133 billion pounds and $161 billion worth of food in 2010. That amount of waste has far-reaching impact on society in the form of food that could have helped feed families in need instead being sent to landfills. Production, transportation and handling of food also generate significant carbon dioxide (CO2) emissions and when food ends up in landfills, it generates methane, an even more potent greenhouse gas.

While the group can never be sure exactly how much food they’ll receive in a particular shift, the collections have added up. Since August 2022, they have “rescued” 1,605 pounds of food, adding up to 1,337 meals and an estimated 4,011 pounds of CO2 saved.

“According to the Golden Harvest Food Bank, one in eight adults in Augusta face food insecurity, and one in four children do,” Koh says, noting that many children rely on schools and afterschool programs as their only source of food. “It is awesome to be able to fill in some of the gaps for these families. Good food is so important to good health.”

“This effort is really helping us as future physicians to target a bigger issue that directly plays into the health outcomes of our patients,” Lin adds.

Lin, Koh and the chapter’s executive board hope to grow their efforts and include even more community partners. Future plans could also include reaching out to local grocery stores to help distribute their excess fruits and vegetables. Their primary barrier at the moment is funding — while the group receives some money from the Food Recovery Network, it isn’t enough to cover the cost of the aluminum pans they use to package the food they collect.

For more information about the AU Chapter Food Recovery Network and how you can help, visit the AU chapter’s GoFundMe page. 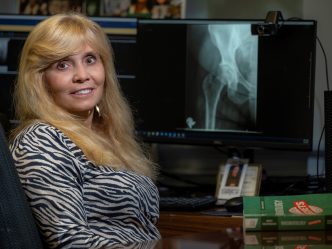