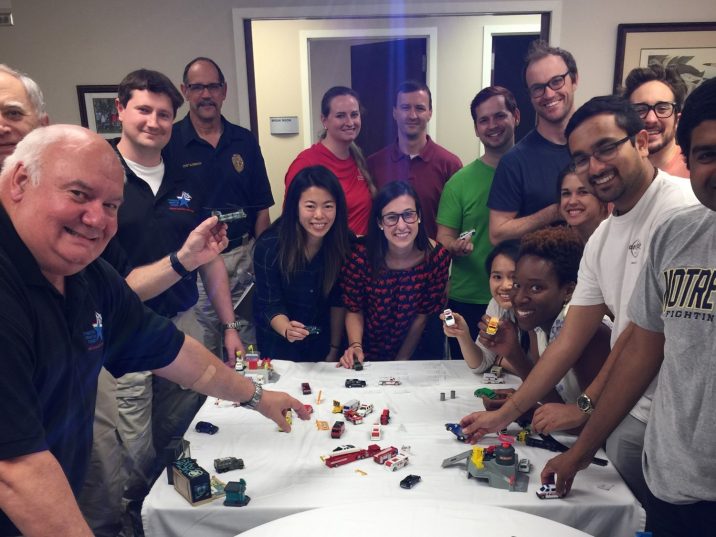 The Southeast Campus of the Medical College of Georgia, based in Savannah/Brunswick, has received a STAR Award from the Association of American Medical Colleges Group on Regional Medical Campuses.

The award, which was presented at the AAMC Group on Regional Medical Campuses annual meeting this week in Spokane, Washington, recognizes significant efforts of regional campuses to develop programs that help students and strengthen ties with the communities they serve. The Star of Community Achievement annually goes to a campus that has developed a program that has positively impacted its surrounding community.

In 2016, the Southeast Campus, based at St. Joseph’s/Candler in Savannah and Southeast Georgia Health System in Brunswick, created the first student unit of the Medical Association of Georgia’s Medical Reserve Corps, which is the only statewide corps in the nation. The corps offers MCG students a chance to work alongside volunteer physicians across Georgia as well as Department of Public Health and Federal Emergency Management Agency officials as part of the state’s medical disaster response team.

After rigorous curriculum and training, students are able to take on leadership roles during crises, according to Dr. Frances Purcell, assistant dean for curriculum at the Southeast Campus. To date, students have helped MAG’s MRC respond to numerous statewide drills and assisted in medical sheltering for patients evacuated from Coastal Georgia during Hurricane Irma. More than three-quarters of the students training on the Southeast Campus participate in MAG’s MRC.

The Southeast Campus is also helping develop other MRC chapters at MCG’s Northwest and Southwest Campuses.

“The MAG MRC Student Unit is an exciting way to get students energized about community service, and they also receive the training they need to become lifelong responders in times of emergency, regardless of their specialty or location,” Purcell says. “As we continue to grow and embrace the excitement of adding units on other MCG campuses, we are also open to expanding beyond our school. Truly, this is an opportunity for collaboration across schools and across our nation.”

The regional and partnership campuses are part of an overall plan to increase the Medical College of Georgia class size to help meet the need for physicians in a state that ranks in the top 10 both in population and population growth, but 39th in physicians per capita.