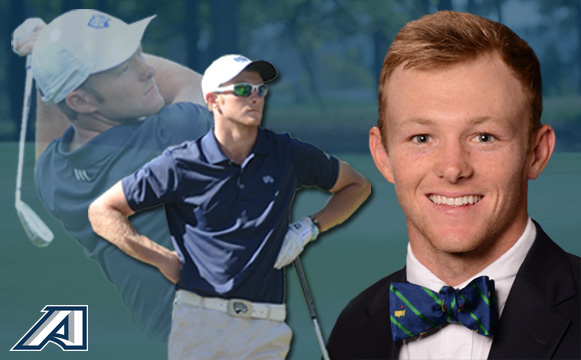 Marriott (Naples, Fla.) fired rounds of 72-70 at Old Hickory GC to finish two under par and earn medalist honors and the first of two spots for the U.S. Amateur. Old Hickory is located a few miles outside of St. Louis, Mo.

The second qualifying spot would need overtime as Teddy Jones, Zach Cutler and Jacob Eklund all tied at 143. Jones would fall off after one hole; however, Cutler and Eklund would need seven more to decide their fate. Cutler would earn the second spot with a bogey on hole nine, the eighth playoff hole. Eklund is first alternate.

Augusta Jaguars men’s golfers Broc Everett and Emmanuel Kountakis compete in their respective qualifiers next week for their shot at reaching the U.S. Amateur.

The USGA conducts the U.S. Open, U.S. Women’s Open and U.S. Senior Open, as well as 10 national amateur championships, two state team championships and international matches, attracting players and fans from more than 160 countries. Together with The R&A, the USGA governs the game worldwide, jointly administering the Rules of Golf, Rules of Amateur Status, equipment standards and World Amateur Golf Rankings. The USGA’s reach is global with a working jurisdiction in the United States, its territories and Mexico, serving more than 25 million golfers and actively engaging 150 golf associations.

For more information on the 2016 U.S. Amateur click here.