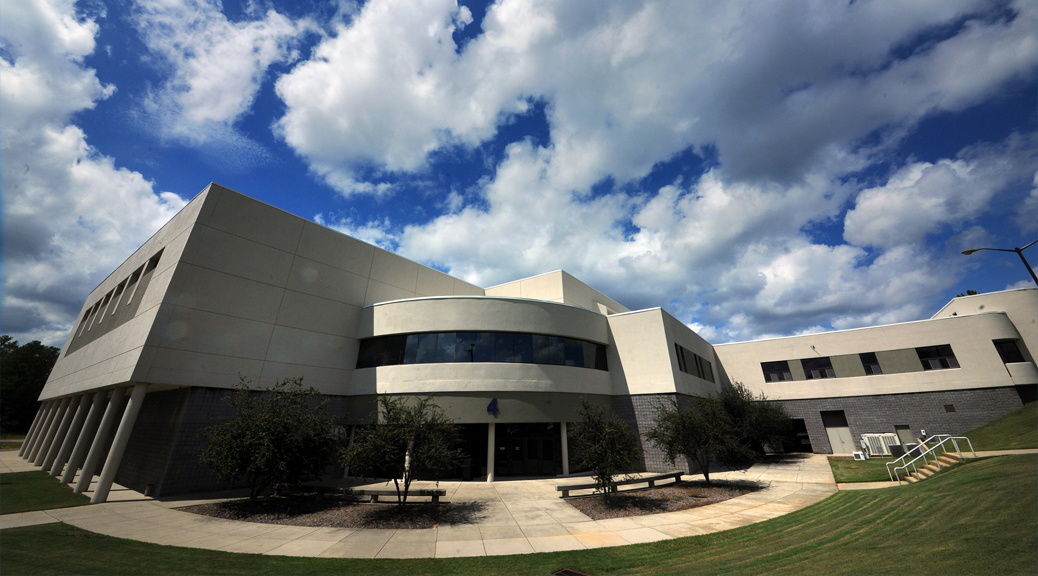 Twenty-five former student-athletes, coaches and administrators will be inducted into the newly created Hall of Fame. The induction ceremony will be held on Tuesday, May 31, at the Sonesta Resort on Hilton Head Island.

“This inaugural class really demonstrates what makes the Peach Belt Conference so special,” said PBC commissioner David Brunk.  “You see some of the finest student-athletes to ever play in Division II and a group of coaches and administrators whose talent and dedication have created a conference that has stood among the best in the nation for the past 25 years.”

The inaugural class was divided into three categories: Founding Fathers, Student-Athletes, and Coaches & Administrators. Founding Fathers were those whose efforts helped create the Peach Belt in the late 80s and early 90s.  Marvin Vanover, the first PBC Commissioner and longtime coach and AD at Augusta University; Finis Horne, legendary basketball coach and AD at Lander University and Dr. Robert Alexander, Chancellor at USC Aiken for 17 years who guided the creation of the league, comprised this group.

His term as commissioner followed a 25-year career as the head men’s basketball coach and athletic director at Augusta University.

As a coach, Vanover led the Jaguars for 23 years including two straight NAIA District 25 championships in 1970 and ‘71. Aside from winning the regional and advancing to the NAIA national tournament, the 1969-70 team was ranked #5 in the nation with a 27-3 overall record, the best by a Vanover-led team. In 1978 he led the team to their first NCAA Division II Tournament appearance, where the Jaguars faced current Division I power Central Florida.

It was also during this time that Vanover produced All-Americans Joe McBride (1970) and Chip Wilson (1971). Coach Vanover also received many accolades of his own including the NAIA District 25 Coach of the Year and the Georgia Collegiate Coach of the Year from the Atlanta Tipoff Club for the 1969-70 season. It was also during this time that “Marvin Vanover Day” was declared in Augusta on February 14, 1970, and he was named a Kentucky Colonel by the Governor of his home state. He received a certificate of commendation from the mayor of Augusta and the Georgia state senate, as well as a commendation presented personally by the Governor of Georgia.

He went on to be named Coach of the Year in 1975-76 and in 1980-81 from the South Atlantic Conference as he moved the Jaguar program to the NCAA Division II level. In 1980-81 he was also named Coach of the Year in the NCAA’s south district by the National Association of Basketball Coaches. The road leading to ASU’s Fieldhouse was named in his honor on Nov. 18, 2003, which was also declared Marvin Vanover day in Augusta.

Vanover served as the commissioner of the South Atlantic Conference in 1981-82 and was instrumental in moving the Augusta College program up to the NCAA Division I level as a part of the newly formed Big South Conference in 1983.

A native of Harlan, Ky., Vanover graduated from Georgia Southern University with a B.S. in Physical Education and has served on the GSU alumni board. He was awarded the Lettermen Club Award from his alma mater in 1980 and also holds a master’s degree in Physical Education from Peabody College. He is the proud father of two children, a daughter, Holly, and a son, Derek.

The PBC men’s and women’s basketball tournament was renamed the Marvin Vanover Peach Belt Conference Basketball Championships in 2008 and the road leading to Augusta University’s Christenberry Fieldhouse was renamed Vanover Drive in 2009.

Madgen finished his four-year career in 2010 as one of the most accomplished men’s basketball players in Peach Belt history.  Named the PBC Freshman of the Year in 2007 and the PBC Player of the Year in 2010, he is one of only two men’s basketball players in league history to be named All-Conference four times.  As of his inauguration into the PBC Hall of Fame, he remains the PBC’s all-time leading scorer with 2,306 points and is the only PBC player to surpass 2,000 career points.

Aside from his many individual accomplishments, Madgen was an integral part of the Augusta University teams that made league history by appearing in three straight Elite Eights from 2008-10; something no other league team has ever done.  He played in the 2008 National Championship game and was the leader on a squad that won three straight PBC regular-season championships and the 2009 PBC Tournament championship where he was named tournament MVP.

A native of Williamstown, Australia, Madgen is ranked third in the PBC record books in three-pointers made in a career with 277 and is 15th all-time with his 17.5 scoring average.  A two-time All-American, he was a finalist for the National Player of the Year in 2010.

Madgen had his number, 1, retired by Augusta University in 2010 and received his BBA degree in Management.  He played for five years in the NBL, the professional basketball league of Australia, leading the league in scoring in 2013, before moving on to play professionally in Belgium in 2015.

Visit the Peach Belt Conference for the full Hall of Fame list. 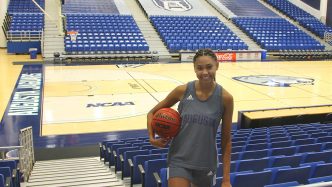