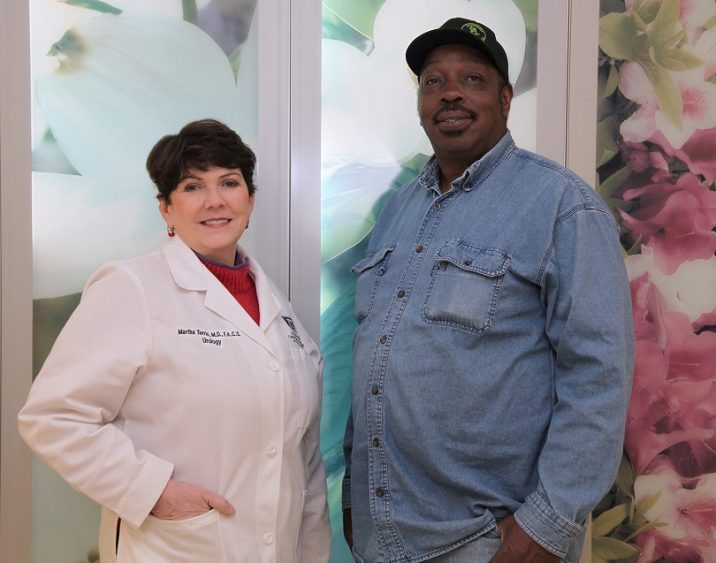 It has long been known that African Americans die at higher rates from bladder cancer than do European Americans. According to findings shared in the January publication of the American Cancer Society’s Cancer, differences in the way tumor cells in African American patients metabolize proteins and nutrients could be the key to unlocking why.

“The big message here is that Georgia has a courageous African American population who care about the future generation,” said Dr. Martha Terris, chief of the section of Urology at the Medical College of Georgia and Georgia Cancer Center at Augusta University. “These findings may not benefit the patients involved in the study, but it may help a family member or friend for decades to come.”

According to the American Cancer Society (ACS), research shows Caucasians are twice as likely to develop bladder cancer as African Americans, but African Americans are more likely to die from the disease. Overall, ACS estimates say there will be around 61,700 new cases of bladder cancer in men for 2019. In women, the number of new cases is expected to be over 18,000. The rates of new bladder cancers and of cancer deaths have been dropping slightly in women in recent years. In men, incidence rates have been decreasing and death rates have been stable.

According to Terris, the Georgia Cancer Center treats African Americans who, on average, have more advanced stages of bladder cancer than those in other parts of the country. For their research, Terris, along with other cancer specialists from Baylor and other universities in the United States, studied samples from both African Americans and European Americans with bladder cancer. In those samples, the research team measured more than 300 metabolites. Metabolites are substances formed during metabolism when various enzymes undergo reactions in a person’s body. They compared their findings to groups of healthy African Americans and European Americans to identify the pathways where nutrients and proteins were consumed differently between the two groups.

“These patients just want this cancer out of them,” Terris said. “But, once their cancer has been removed through surgery, it is our responsibility to talk with them about the options of studying their tumors to see if there’s a better use for it than just disposal.”

The tumors collected by the research team came from biopsies, surgeries and urine samples, where the researchers looked for specific biomarkers in the specimen.

The results from the study found 53 of the more than 300 metabolites showed significant differences in abundance between African Americans and European Americans diagnosed with bladder cancer. Those metabolites were largely involved in the metabolism of amino acids, lipids and nucleotides. This information could allow researchers to understand the risk an African American bladder cancer patient faces for the progression of their disease. Understanding this risk could allow a medical oncologist to understand what changes could be made to the treatment plan to improve the patient’s chance of survival.