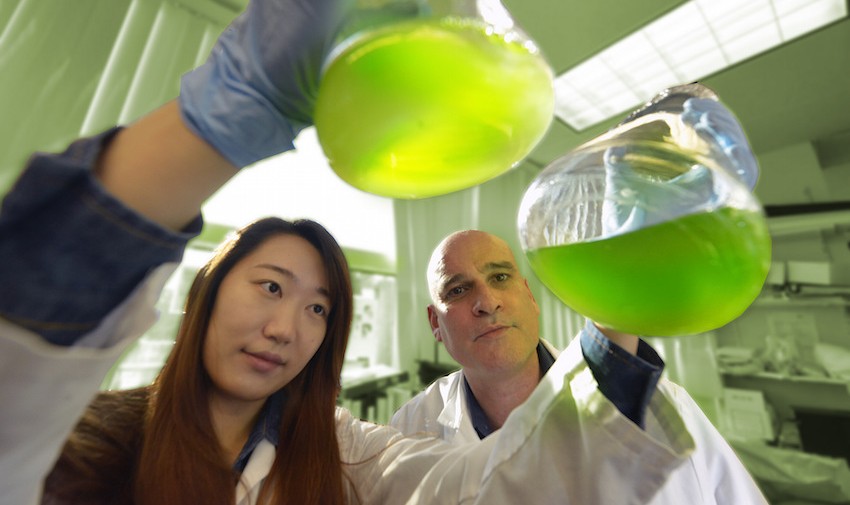 “It’s important to know how you regulate your cilia because they can become dysfunctional by stroke, by Alzheimer’s, by inflammation, even by aging,” said Dr. Erhard Bieberich, neuroscientist in the MCG Department of Neuroscience and Regenerative Medicine.

“If ceramide is one of the regulators, it may also be a drug target to help normalize the function of cilia,” said Bieberich, corresponding author of the study in the journal Molecular Biology of the Cell.

In the case of algae, motile cilia work like arms on a swimmer, to help algae reach sunlight, which they use to make sugar for energy and survival, Bieberich said. “They are fast, always moving,” he said of motile cilia that can make 40-50 whip-like motions per second and are continuously being resorbed and replaced. The MCG researchers were the first to show that ceramide is present in these fast-moving algae cilia where it has likely been at work for a billion years.

Algae, an old and simple plant, seemed a good first model to figure out what regulates cilia. Cilia in algae are comparatively big – about 10 times those in mammalian cells – so with just a regular microscope, Bieberich’s team could easily watch cilia movement. When they applied even a miniscule amount of a fungus toxin known to inhibit ceramide production, the usually agile algae stopped, the cilia shrank and some fell off.

These motile cilia also inhabit a type of support brain cell called ependymal cells. The cells line the cavities of the brain containing cerebrospinal fluid, which nourishes and cleanses the brain. While the researchers have not yet visualized cilia movement in those brain cells, they have found ceramide present in the cilia along with glycogen synthase kinase-3, or GSK3, an enzyme that appears to partner with ceramide to regulate cilia.

As the researchers take baby steps through this ornate process, they now also know that ceramide activates GSK3 but they must still find GSK3’s targets. They do know that in both algae and ependymal cells, the two can be found together. And, without their teamwork in the brain, for example, hydrocephalus – excess fluid on the brain – can result.

Motile cilia also are found in the male and female reproductive systems, where they help egg and sperm unite, and in the trachea, where they help keep the airway clean and open. Bieberich notes that there are actually six ceramides and that disease can disrupt their healthy balance.

Bieberich calls cilia antenna or protrusions, and they are definite multitaskers. Each cell has at least one cilia, and his earlier work showed that during development, cells use cilia to find and stay in the right location. Upon arrival, cilia help cells keep a handle on the lay of the land, sensing signals, such as when kidney cells need to void.

Georgia Regents University Graduate Student Ji Na Kong is the study’s first author. The work was funded by the National Science Foundation and the National Institutes of Health.

Next steps including working with the Dr. Karl F. Lechtreck, assistant professor of cellular biology at the University of Georgia and a cilia expert, to visualize cilia movement in ependymal cells. 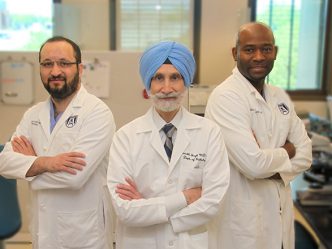