Ghada Omer-Attia is graduating with a Doctor of Education in Educational Innovation from the College of Education.

'I found myself in teaching'

As the daughter of a civil engineer growing up in the Sudan, education has always been important to Ghada Omer-Attia. Her father fostered a lifelong love of learning, and her religion, Islam, encourages followers to become educated in order to better serve the community.

But as a young teenager, Omer-Attia discovered a love of education on her own through teaching. On May 13, she will graduate with her Doctor of Education in Educational Innovation.

“I started teaching when I was maybe 14 or 15 years old,” she said. “Back home, people always tell you that if you know something, you should share it.”

Omer-Attia spent five years in an English school in London while her father served in the UK as a civil engineer. That is where she received her primary education and learned English.

“When I went back to Sudan, he put me in a nun school so that I don’t lose my English,” she said. “And then I started helping the community. The fact that I have English as a second language, this is when I started teaching our neighbors, — family, friends, people who cannot afford going to schools to learn English. So I started doing this as tutoring for free first, and then I started doing it for money, but only those who can afford it. So this actually made me feel like I found myself in teaching.”

Omer-Attia earned her Bachelor of Arts at the American University in Cairo in economics and political science, as they did not have a program in education. She wanted to get her master’s to teach at the university but her father suggested she come to the United States instead.

“It was difficult because of the visa, and how to immigrate and all that,” she said. “So I applied for the green card lottery and I got lucky and got it.”

In 2003, she came to the United States with her husband, Magdi Idries, and their three children and earned her master’s in teaching from the National University of San Diego, specializing in reading skills K-12. Then she joined the Defense Language Institute with the Department of Defense, teaching English as a foreign language.

“For me, educational innovation was very interesting. It's about innovative in all aspects of education.”

As site director for the institute, she leads the academic program and oversees and observes the teaching methods of 30 employees who teach seven or eight languages with 10 dialects in each language.

She encourages her instructors to get advanced degrees. While working with AU to enroll her instructors in Master of Education programs, she learned about the doctorate in educational innovation.

Her pursuit of her doctorate inspired friends and family to begin pursuing their own education, and her daughter, Shahad Idries, is following in her mother’s footsteps. She’ll graduate this year with a Bachelor of Arts in Education from Augusta University’s College of Education.

Omer-Attia said she could not have done this without the support, motivation and encouragement of her husband and family. She feels the program has been a rich learning experience for her, not only through the material but also from other members of her cohort.

With her degree, she will also virtually assist teachers in Germany and San Antonio, Texas, to become better educators. She said her instructors’ students are military, so teaching culture, for instance, has to be done in a way that encourages and motivates them to learn it. This actually became the basis for her doctoral dissertation.

“How do we encourage these folks to speak, and then learn the other skills of the language? So now that I have a plan and the professors here approve of it, that’s exactly my intention now — to help them learn the language better,” she said.

“So how that I have a plan and the professors here approve of it, — to help them learn the language better.” 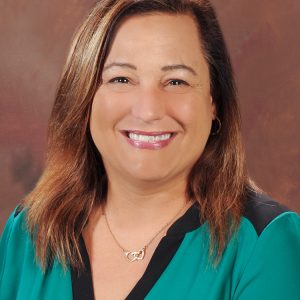 Lisa Kaylor is Media Relations Specialist at Augusta University. Contact her to schedule an interview on this topic or with one of our experts at 706-721-5292 or lkaylor@augusta.edu.
Like
Like Love Haha Wow Sad Angry