Length of telomeres should tell whether vitamin D, omega-3 are good for the heart 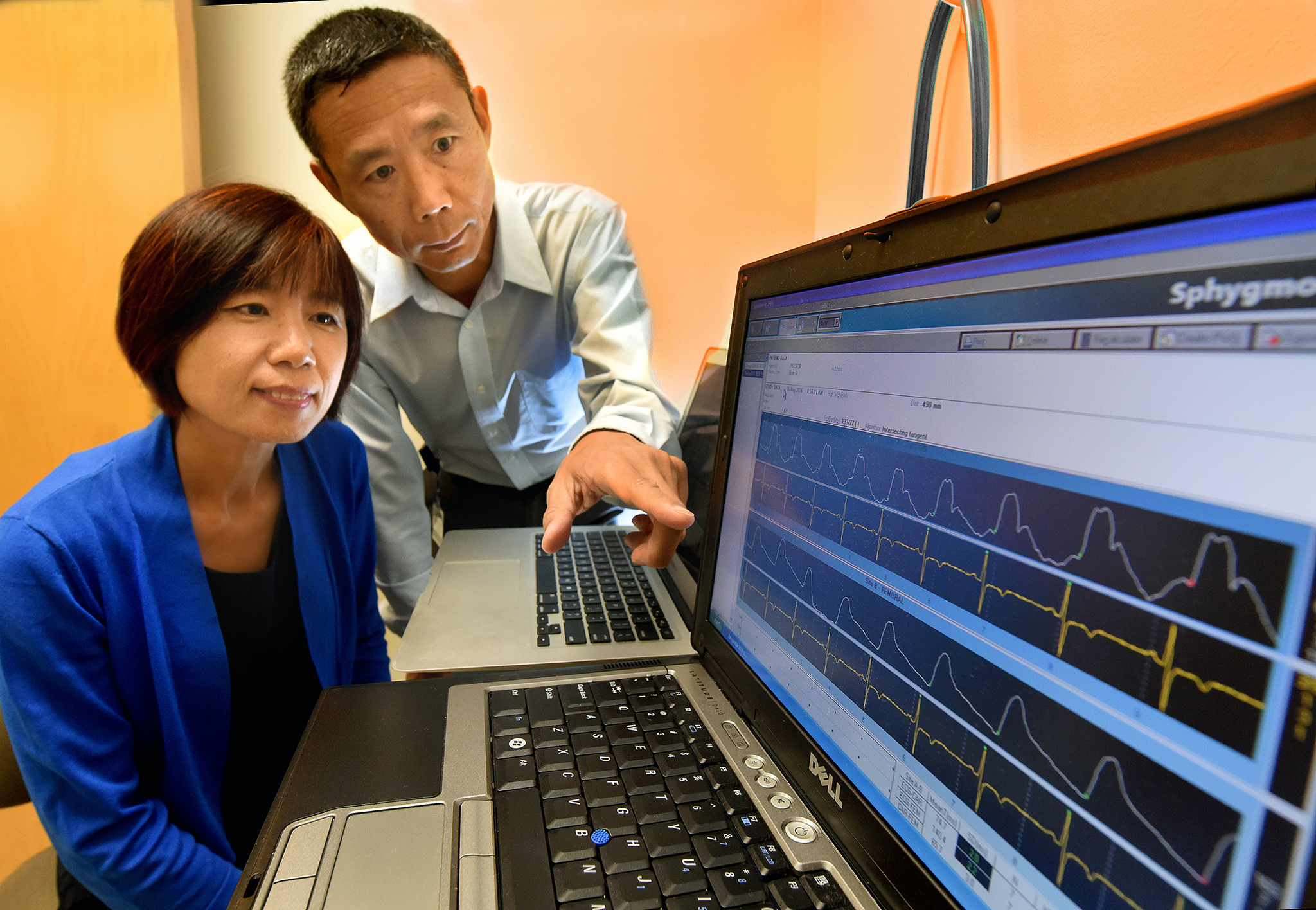 AUGUSTA, Ga. – The length of your telomeres appears to be a window into your heart health and longevity, and scientists are measuring them to see if vitamin D and omega-3 supplements really improve both.

“Many people take these supplements every day to help protect their heart and slow aging without significant clinical evidence that they do either,” said Dr. Yanbin Dong, geneticist and cardiologist at the Georgia Prevention Institute at the Medical College of Georgia at Augusta University.

Telomeres are found on either end of the chromosomes inside your cells where they essentially function as a buffer against breakage or infection, said Dr. Haidong Zhu, molecular geneticist at the GPI.

With age, telomeres shorten, making our cells and us more susceptible to disease. Short telomeres, for example, are associated with a wide variety of conditions including osteoporosis, heart failure, cancer, hypertension and dementia, Zhu said.

While the enzyme telomerase, which occurs naturally in the body, can increase telomere thickness, with age, its activity level drops.

A $2.5 million grant from the National Institutes of Health will help clear up whether taking vitamin D and/or omega-3 supplements can help us maintain more youthful telomeres and better health.

The MCG scientists are using sophisticated technology to look specifically at the telomeres of white blood cells called leukocytes, which are consistently associated with longevity and cardiovascular health in epidemiological studies.

They are examining these chromosome buffers in participants of the VITamin D and OmegA-3 Trial, or VITAL, which is examining the impact of the supplements in men age 50 and older and women age 55 and older. That NIH-funded study is being run by researchers at Brigham and Women’s Hospital, an affiliate of Harvard Medical School. The Boston researchers are following a total of about 26,000 participants across the country for five years who are taking one or both of the supplements to see if they reduce the risk of cancer, heart disease and stroke in people without a prior history of these conditions compared to those who don’t take the supplements.

Within that huge group is a cohort of 1,054 participants living in close proximity to the hospital and medical school who are being more closely followed by researchers there and now also by the MCG researchers. Dong, Zhu and their collaborators have access to blood samples on these participants at baseline as well as the second and fourth year of the study to also look at what happens to the length of telomeres as well as levels of inflammatory factors and other indicators of cardiovascular risk in the blood.

While more commonly associated with bone health, receptors for vitamin D are found on all kinds of immune cells – and other cell types as well – and the vitamin can turn inflammation levels up or down. In fact, animal studies have shown the proficiency of the vitamin D receptor as a master regulator of the immune system, Dong said.

Chronic inflammation that results when it’s turned up sets the stage for many types of disease, from cardiovascular problems to cancer. “Aging also is part of the inflammatory process,” said Dong.  “As you age, you have higher levels of inflammation.” Telomeres are known to be noticeably shorter in chronic inflammation, and “inflammation levels tend to go up as telomeres shrink,” Dong said.

But there is little – and conflicting – evidence out there on what vitamin D and omega-3 supplements actually do to telomeres. Some small studies have suggested they have no positive impact. In 2012, Zhu, Dong and their colleagues published in the International Journal of Obesity results of a small study in overweight African-Americans that showed vitamin D supplements – in this case a large monthly, rather than daily, dose – improved telomerase activity and cellular aging in a few short months in some circulating blood cells.

One additional thing they will pursue as part of this larger study is whether the supplements, assuming they work at all, make more of the telomerase enzyme or only make existing telomeres more active, similar to how anti-depressants make better use of existing levels of the neurotransmitter serotonin. They’ll also look in the blood for levels of established pro- and anti-inflammatory markers.

In fact, right now, although people take both supplements for a variety of reasons, the only known standard is the amount of vitamin D needed to help maintain bone health. Even groups such as the American Heart Association recommend eating fish twice weekly, but there is no strong evidence of its cardiovascular benefit, Dong said. The dietary allowance for vitamin D by the Institute of Medicine, or IOM, is based on bone health: 600 international units daily up to age 70 and 800 IUs for age 71 and older.

“That is why it’s vital to do a large, longer study to look at the potential cardiovascular benefit of vitamin D and omega 3, because so many people take them without solid evidence on whether or not it’s good for your heart,” Zhu said.  In fact, the U.S. Preventive Services Task Force and IOM have said that data is insufficient to recommend vitamin D screening in routine care for cardiovascular or cancer health. The IOM Report on Dietary Reference Intakes calls for randomized, clinical trials on the cardiovascular impact of vitamin D. Still, plenty of people already take it, echoed Dong and Zhu, with longevity and improved heart health in mind.

Coincidentally, as you age, vitamin D concentrations at least, also tend to decrease as the skin, which gets thinner and more fragile over time, does not absorb vitamin D as efficiently. Dong said 15 minutes of “young” sunlight – between 9 a.m. and 2 p.m. – daily should provide enough exposure for your skin to manufacture adequate vitamin D. Sunscreen can interfere with this production and darker skin as well as older skin also make absorption less efficient, he said. In fact, older individuals might need to double their sun exposure. He notes the also very real concern about sun damage, including skin cancers, in the complex strategy to live as long and well as possible.

The skin, the body’s largest organ, absorbs vitamin D and the liver and kidneys convert it to calcidiol and calcitriol respectively.  Calcidiol is the precursor of calcitriol, which is a form of vitamin D the body can use. The fat-soluble vitamin is present is naturally present in very few foods, according to the NIH Office of Dietary Supplements.  Milk and milk products are fortified with it; fatty fish such as salmon, tuna and mackerel are good natural sources. These fish and others such as herring and sardines, also tend to be a good source for Omega 3 as do nuts and seeds.

Participants in the VITAL trial are taking 2,000 international units of vitamin D and/or one gram of fish oil for omega-3.