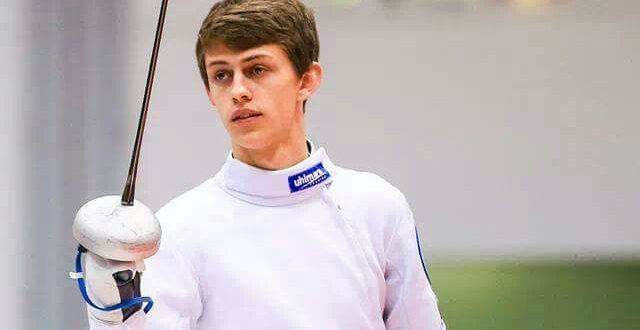 Currently ranked 13th in Georgia after only two tournaments this year, McIntyre goes into the USA Fencing Durkan Rooster Division 1A Regional Open Circuit tournament with an A rating, which places him among the best to compete. Click here for photos of McIntyre fencing.

“I am really excited, but I have my eye on nationals, and then the world cup in Vancouver, Canada,” McIntyre said. He is also slated to compete in the North American Cup in January in Columbus, Ohio. The national tournament is the highest barrier between McIntyre and progress to the world stage.

Fencing is a sport that arose in the late 1800s and is based on traditional swordsmanship. The three forms of modern fencing include foil, epee, and sabre.

McIntyre competes in Epee, often said to be the most difficult style, as the entire body is a valid target, from head to toe. Additionally, while normally the attacking opponent would win a point if both competitors land a “touch” at the same time, in epee competition both competitors receive a point. That means the sport demands excellence in both offensive and defensive strategies.

McIntyre began fencing at a sports club in Schweinfurt, Germany, when he was 6 years old. He showed early promise, placing fourth in his first competition. But ambition didn’t immediately kick in.

“I slowly saw myself progress, and as I got more mature I got more into the game,” he said. “Of course, now I regret not training every minute of every day.”

McIntyre currently trains with Dr. Rudy Volkmann at the Augusta Fencing Club. Volkmann has won numerous national medals, the Bronze Medal in the Veteran 60+ World Championships, served as an official in the 1996 Olympic Games in Atlanta, and is the author of the best-selling book “Magnum Libre d’Escrime” (“The Big Book on Fencing”).

“I have a great coach,” McIntyre said. “He is a very accomplished fencer as well as an official. So I get the benefit of those perspectives.”

But competitors must always seek out better opponents to advance, and McIntyre feels that means he has to go outside of the area. He hopes to start training with iMasters Academy in Atlanta with brothers Ahmed Fayez, who coached the Egyptian national team for two years, and Ayman Fayez, who competed in Epee for the 2012 Egyptian Olympic team and is ranked 14th in the world.

And, ultimately, McIntyre hopes that his competitions in 2016 and 2017 get him on the road to the 2020 Olympics in Tokyo.

As a fencer, kinesiology is the perfect degree for him. After graduation, McIntyre hopes to build a career in sports physical therapy.

“I’ve been an athlete all my life and I’ve seen how any injury – major or minor – can jeopardize an athlete’s career,” he said. “I want to help people get back go their ‘A’ game and back to what they love.”

He credits the Department of Kinesiology and Dr. Paula Dohoney, professor of kinesiology and former associate dean of the College of Education, for setting him on that path.

“Dr. Dohoney is a wonderful resource for students, and has been really supportive for me. Without her, I don’t think I would ever be sitting here,” McIntyre said.

“I try to get to know students and who they are and what they want,” Dohoney said. As a former coach, she champions kinesiology as a career path for athletes.

Kinesiology is the study of human movement, but also includes health, fitness, recreation and lifetime wellness. And athletics put human motion to the test. 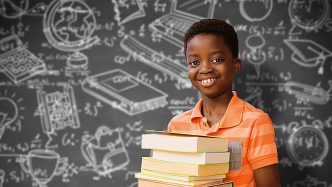 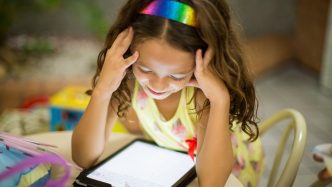 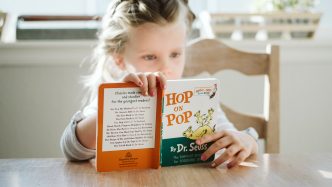 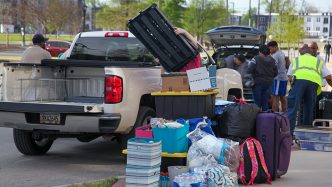