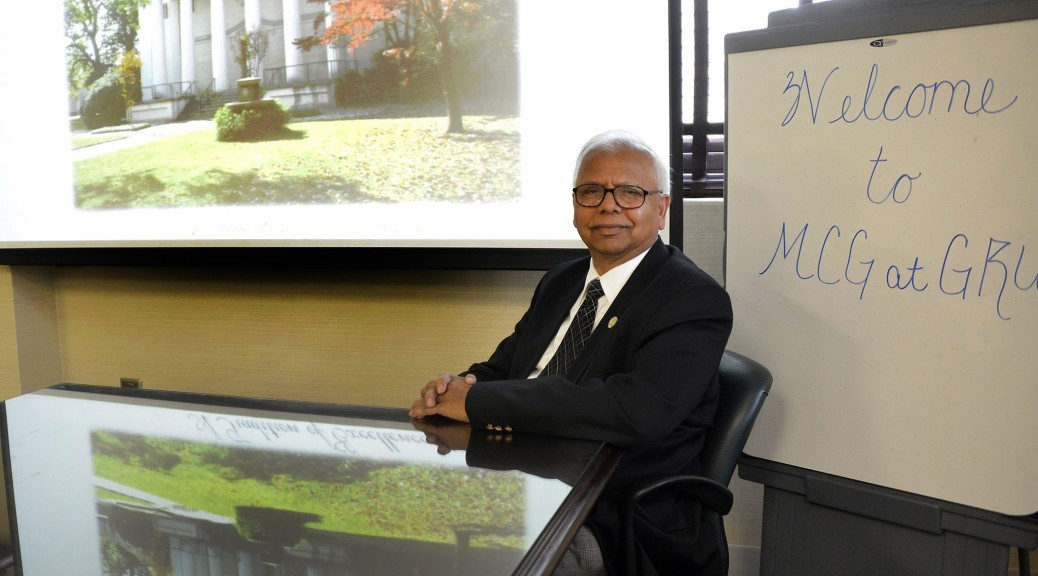 In his new role, he will help organize and manage the medical school admissions process, which, each year, includes the processing of more than 3,000 applications, more than 8,000 reference letters and transcripts and more than 1,000 applicant interview reports. Khan will also help with recruitment, advising, enrollment and retention. He will also chair the GRU Medical Scholars Admissions Committee and serve on the MCG Scholarship Committee. He has been a member of the MCG Admissions Committee since 1999.

As assistant dean of the MCG Southwest Campus, Khan established relationships with community physicians and hospitals across a 1,600 square-mile area and negotiated affiliation agreements with 14 hospitals and health care facilities in the region. He recruited 148 new faculty and worked to recruit students from rural communities to the campus, more than doubling the number from five to 14.

Prior to his appointment at the Southwest Campus, Khan, a reproductive physiologist, served as director of undergraduate medical education in the MCG Department of Obstetrics and Gynecology from 1998-2005 and as director of the department’s IVF and Andrology laboratories from 1990-2002.

He serves on the board of directors for the Health Care Ethics Consortium of Georgia and is a member of the National and International Team of Inspectors for the College of American Pathologists for Reproductive Laboratories.