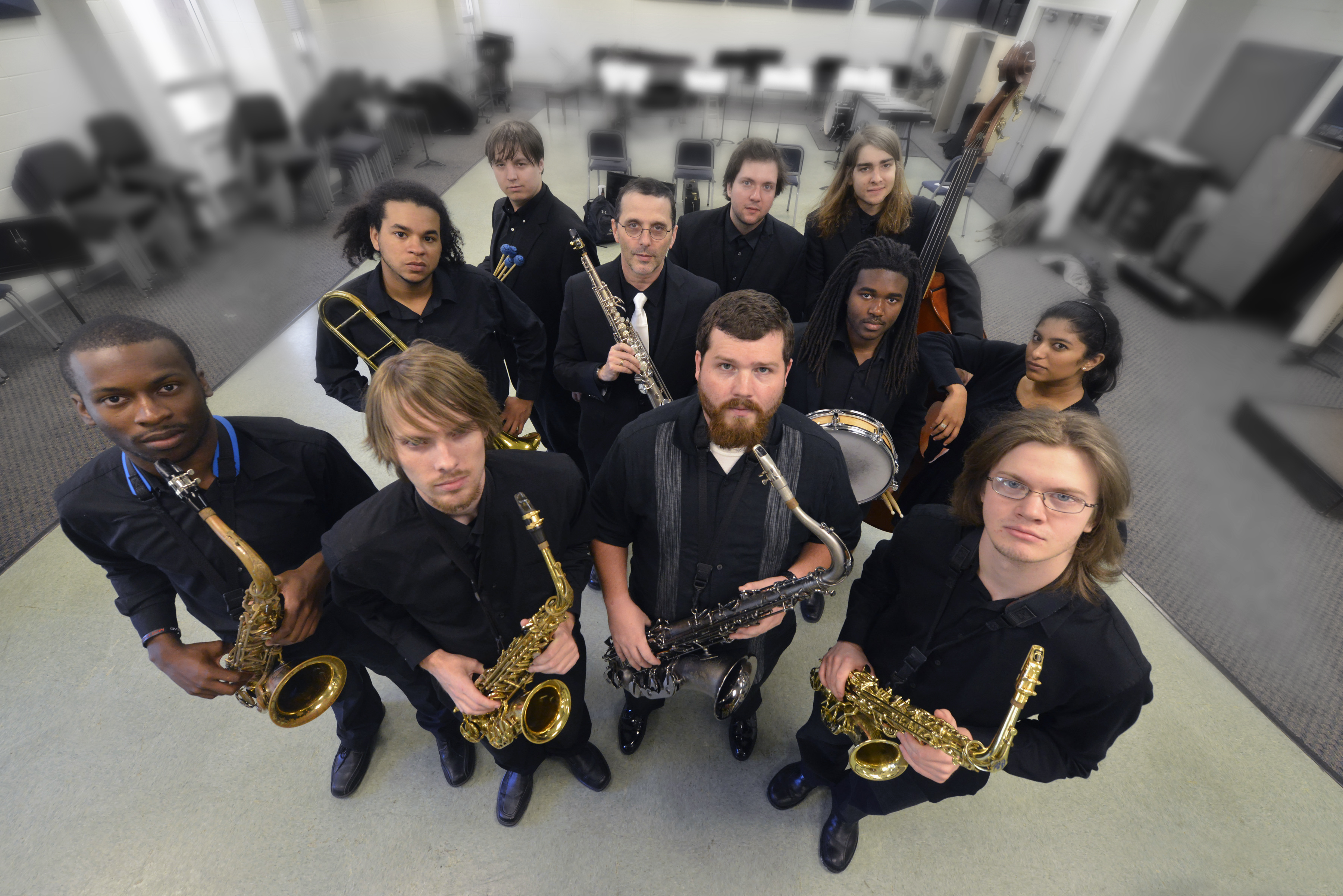 The GRU Jazz Ensemble’s concert next Tuesday at the Maxwell Theatre should have enough variety to make any music lover happy.

While a concert so soon in the semester might be considered ambitious, Jazz Studies Director Rob Foster said it’s all part of being a musician.

“I think as far as getting a taste of playing professionally, sometimes you just have to deal with having a short period of time to get ready to do a show,” he said. “That gives you an extra push.”

And teaching professionalism is important, especially for students who plan to make performing a career.

“It’s a class, so it’s supposed to be educational; but it’s different than most university classes because it’s an ensemble and it’s a musical endeavor,” he said. “You have outside standards you’re trying to reach, but you’re also trying to instil a professional attitude. I think of it as a kind of training ground.”

A few days before the ensemble’s performance, Foster and two of his sax players will join Symphony Orchestra Augusta for a Pops concert at the Bell Auditorium.

Tuesday’s performance will feature a variety of styles, from a reggae tune to a standard to three songs with vocalist Christian Ndeti, a music therapist who is making a name for herself as an Augusta-area singer.

“She brings some fresh blood and something other people might find interesting,” Foster said.

With a strong sax section, the highlight of the evening might very well be the section playing Charlie Parker’s solo in “A Night in Tunisia” in five-part harmony.

Tickets are free for faculty, staff, and students with a JagCard, $5 for the general public.