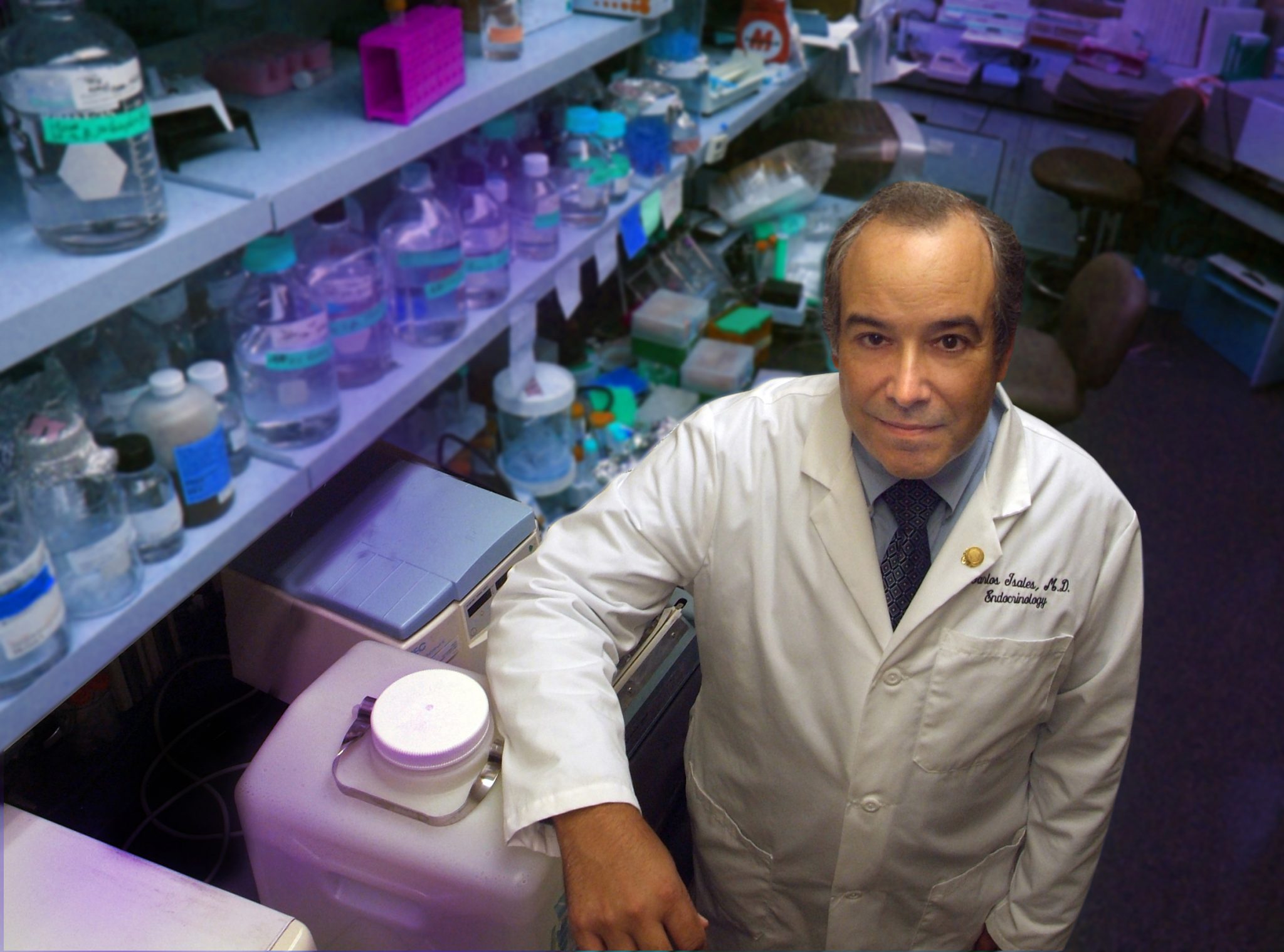 Dr. Carlos M. Isales, Regents’ Professor in the Department of Medicine at the Medical College of Georgia at Augusta University, has been named chief of the department’s Division of Endocrinology, Diabetes and Metabolism.

Isales, a physician-scientist specializing in bone health, regenerative medicine and healthy aging, also is vice chair of the MCG Department of Neuroscience and Regenerative Medicine.

He and Dr. Mark Hamrick, bone biologist in the MCG Department of Cellular Biology and Anatomy, also were recently named co-directors of MCG’s new Center for Healthy Aging, which is working to provide a comprehensive approach to patient care and science that enables aging Americans to maintain or regain their independence.

A faculty member in the MCG Department of Medicine for 25 years, Isales is principal investigator on an $11.1 million program project grant from the National Institutes of Health that seeks to help aging mesenchymal stem cells remain focused on making healthy bone and muscle.

Nationally, Isales has chaired and participated in numerous NIH Study Sections on aging and bone health. Later this month, he is chairing the National Institute on Aging Study Section for Early Medical/Surgical Specialists’ Transition to Aging Research, which  seeks to provide support for early career physician-scientists and dentist-scientists to launch careers as future leaders in aging- or geriatric-focused research. In January, he chaired the NIA’s Special Emphasis Panel on Collaborative Muscles and Aging Study. He has chaired the Veterans Affairs Merit Review Study Section Endo B, which reviews grant applications for bone research, since 2016. Later this month he will also serve on an NIH study section that reviews applications for status as a Claude D. Pepper Older Americans Independence Center, a federal status he wants to eventually pursue for the MCG Center for Healthy Aging.

Isales is an academic editor for PLOS One and a member of the editorial board of the Journal of Bone and Mineral Research. He has authored or co-authored 150 peer-reviewed manuscripts and 27 chapters or reviews.

Written by Toni Baker
Applications now accepted for 2018 Augusta University Summer VolunTEEN program
FacebookTwitterPinterestWhatsApp
Do you really need to toss your toothbrush after the flu?