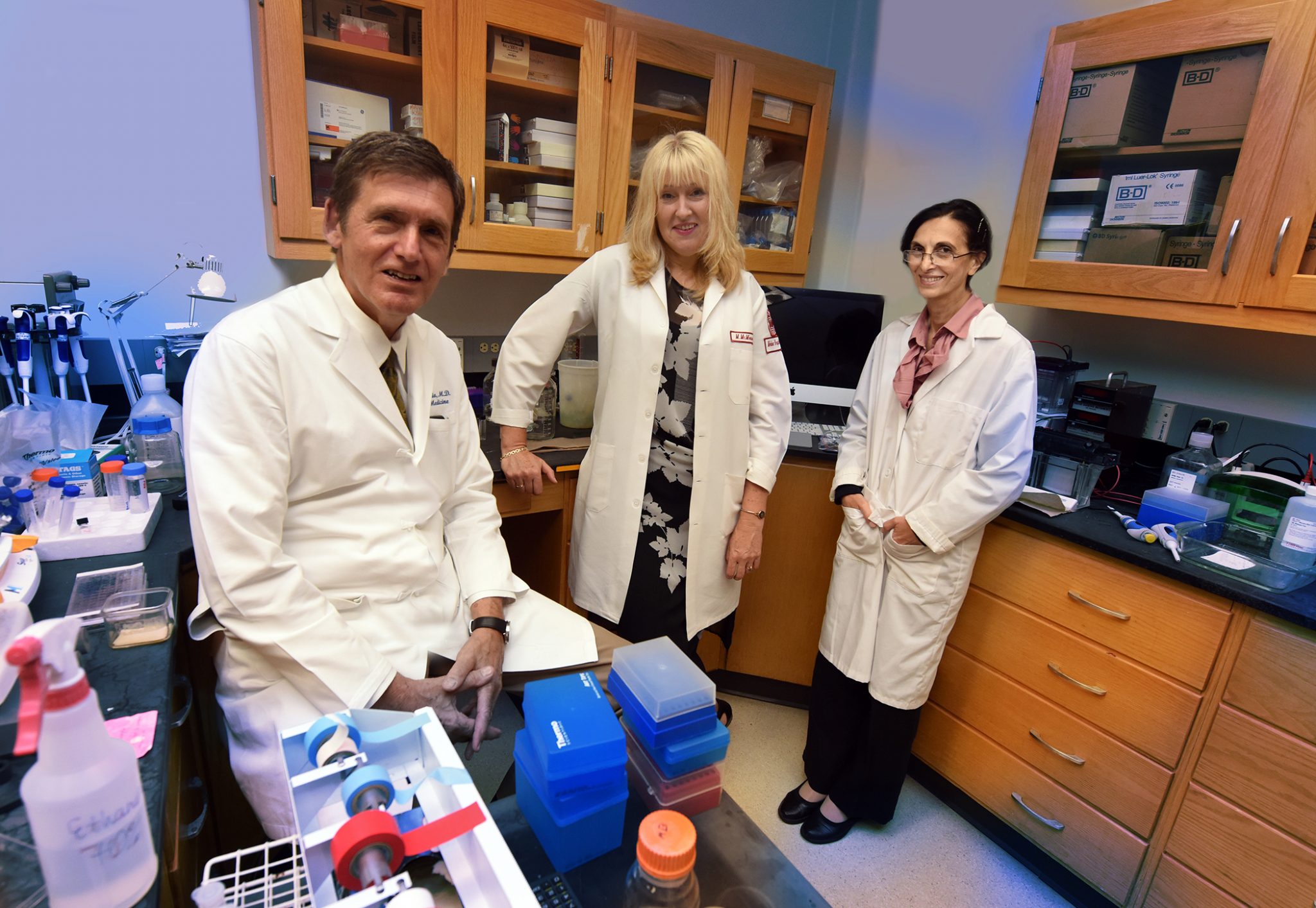 Using a manmade version of a human antibody to directly deliver a drug that inhibits a powerful driver of inflammation, can reverse a disease course that often leads to kidney failure and dialysis, investigators report.

They have additionally found that it’s the powerhouses of kidney cells, called mitochondria, that are particularly impacted by the acute or chronic inflammation called nephritis, and that, at least in their animal model and cell cultures, the treatment restores their function.

Things like a serious infection or injury, and diseases like uncontrolled hypertension and diabetes, can cause acute or chronic nephritis, which affects both kidneys and the million filtering units in each. Particularly when it’s chronic, patients often wind up in kidney failure on dialysis.

“That is why we are looking at promoting recovery,” says Dr. Michael P. Madaio, nephrologist and chair of the Department of Medicine at the Medical College of Georgia at Augusta University.

“We are delivering something to the kidney that is reducing inflammation and restoring mitochondrial function. We are helping the mitochondria be a little healthier and the kidney cells function better,” says Madaio, corresponding author of the study in the journal Kidney International.

For their studies, they used a model of immune-mediated nephritis in mice that develops rapidly and progressively over seven to 10 days.

But a few days after the disease was established, when they also gave a single dose of the protein kinase C-alpha inhibitor – delivered directly to the kidney via their manmade antibody – those mice instead recovered kidney function and survived.

Parallel studies that enabled the investigators to look directly at the impact of both toxicity and treatment on the endothelial cells that line the filtering units, also showed the inhibitor reduced cell death and improved cell recovery.

A proteomic analysis determined that 157 proteins were significantly altered by nephritis – either up- or down-regulated by disease and restored by treatment – and that it was the mitochondria, the cell powerhouses, most affected.

Collectively, their studies show protein kinase C-alpha’s crucial role in the damage done by nephritis as they provide some of the first evidence that inhibiting it – and restoring mitochondrial function – could be helpful in reversing the inflammatory disease, Madaio says.

Nephritis therapy today incudes approaches like systemic high-dose steroids to battle inflammation and systemic immunosuppressive drugs, like those taken by transplant patients. Side effects include increased risk of infections, even cancer, but Madaio is hopeful that a targeted approach, like the one they are developing, could better fight the problem with fewer side effects.

Right now, they are using just a small dose of the whole human antibody but eventually they hope to use a physically smaller, non-inflammatory version of their manmade antibody, called a minibody, to simultaneously deliver multiple drugs that can arrest the disease and protect the kidneys.

The human monoclonal antibody they are using is good at finding the kidneys because it targets a collagen that is unique in the connective tissue found in the kidneys’ filtering units.

The antibody is produced in a rare kidney disease called Goodpasture syndrome, a rapidly progressing, difficult-to-treat condition that inflames and scars the kidneys and can quickly destroy the organs. The antibody’s usual job at its usual level is actually promoting inflammation, but the investigators in this case are taking advantage of its skill at reaching the kidneys to use it as a mechanism for drug delivery that instead blocks inflammation.

Madaio’s group found that the antibody’s natural target, or antigen, is normally sequestered in the kidneys, however it is highly expressed during inflammation, which further enhances its role as a targeted delivery system in this scenario, Madaio says.

While the protein kinase C-alpha inhibitor it delivers clearly worked in their animal and cell models, the investigators also are already exploring other drugs for potential delivery. They reported five years ago in the American Journal of Physiology-Renal Physiology that delivery of prostaglandin E2, one of few prostaglandins known for its anti-inflammatory impact, to the filtering units also was effective at treating nephritis, and the two drugs appear to have similar pathways of recovery.

Madaio thinks the targeted therapy approach could one day also work well for common kidney diseases like diabetic nephropathy, which can accompany type 1 and 2 diabetes and is the leading cause of chronic kidney disease and end-stage renal disease.

Their discovery that mitochondria play a role in recovery was of particular interest, Madaio says. Mitochondria primarily produce energy and the proteins inside these powerhouses most affected by nephritis were those associated with using oxygen to turn food into fuel and generating waste products like carbon dioxide and water. These essential proteins were downregulated by kidney inflammation and inhibiting protein kinase C-alpha restored normal expression.

Looking at the endothelial cells that line the millions of kidney filtering units, the toxin that produced nephritis in the mice also dramatically affected the cell powerhouses, even changing their shape, changes that were normalized with protein kinase C-alpha inhibition.

Using both an animal model and cell culture for their studies enabled these detailed assessments. “Using the whole animal approach, we can look at both inflammation and recovery as they happen, however we can more precisely hone in on the mechanisms with kidney cell culture,” Madaio says. “Then when you dig out a mechanism in the cell, you can go back to the animal model to test to see how relevant that is to the disease.”
The research was funded by the National Institutes of Health.

To see the published study visit the National Center for Biotechnology Information website.