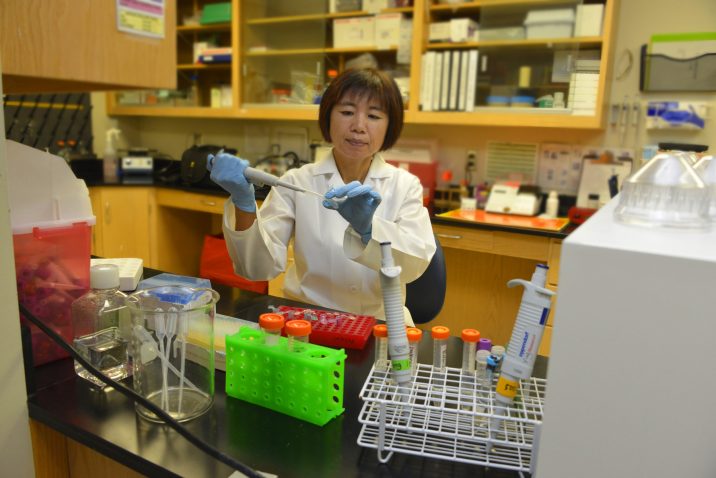 Particularly in females with untreated hypertension, reducing salt intake to what’s considered a healthier level appears to be good for both their gut microbiome and their blood pressure, scientists report.

In the blood of 145 adults with untreated hypertension, the scientists found that, particularly for the females, just six weeks of a daily sodium intake close to the 2,300 milligrams recommended by groups like the American Heart Association, resulted in increased levels of short-chain fatty acids, an indicator of a healthy microbiome, circulating in the blood. The hypertensive adults also experienced decreased blood pressure and more compliant blood vessels.

“There is a connection,” Dr. Haidong Zhu, molecular geneticist at the Georgia Prevention Institute at the Medical College of Georgia at Augusta University, says of increasing evidence that the microbiome has a direct role in regulating blood pressure and how the average American high-salt diet can interfere with a healthy direction.

To the scientists’ knowledge, their study in the journal Hypertension is the first to look at how decreasing salt intake in humans affects circulating short-chain fatty acids, or SCFAs, says Zhu, the study’s corresponding author.

Emerging evidence suggests that a high-salt diet alters the gut microbiome, particularly in animal models of salt-sensitive hypertension, but there is little human data. “We are trying to understand underlying mechanisms,” says Zhu, whose research focus incudes increasing understanding of the ways a high-salt diet induces high blood pressure.

The gut microbiota are all the bacteria, viruses, protozoa and fungi populating your gastrointestinal tract, which have a wide range of functions from helping digest your food to your immune response to influencing a propensity to gain weight. Problems with the microbiome are associated with a wide range of diseases from cancer to gastrointestinal problems to allergies.

Short-chain fatty acids, or SCFAs, are known to play a role in blood pressure regulation. These small metabolites originating from the gut, get absorbed into the entire circulation, binding to receptors on the lining of blood vessels and in the kidneys, regulating things like the release of renin, an enzyme that works to keep the kidneys well perfused and a major player in blood pressure control. Blood levels of SCFAs can be considered an indicator of the health of the gut microbiome.

Their hypothesis was even a modest reduction in salt intake would alter concentrations of circulating SCFAs and lower blood pressure.

The scientists looked at a mix of blacks, whites, Asians, males and females, ages 30 to 75 who had in common untreated high blood pressure and were enrolled in a previous study at the Queen Mary University of London. Because stool samples were not taken on the study participants, they could not look more directly at the gut microbiota, so instead measured circulating SCFAs, the main metabolite produced by gut microbiota.

All the individuals were given two weeks of detailed instruction by nurses on how to lower their sodium intake to about 2,000 milligrams daily, information that was reinforced over the course of the study. Then in what is called a randomized, placebo-controlled study, half the participants got either a sodium tablet or placebo tablet nine times daily for six weeks, then switched groups.

They found sodium reduction increased all eight of the SCFAs, the end product of the fermentation of fibers we consume by our microbiota. We don’t naturally contain enzymes to digest many of these fibers. The increased SCFA levels they found were consistently associated with lower blood pressure and increased blood vessel flexibility.

While periods of higher salt intake drove up blood pressures in both males and females and improvements were noted in both sexes with a move to lower salt, the shifts were most dramatic in females, Zhu says. While we all have slightly distinctive microbiota — influenced by things like diet and environment — there tend to be consistent differences between males and females generally.

“Sodium is a factor in both sexes but the impact in relationship to the gut microbiome seems more in females,” Zhu says. ”We need to study it further to see if that is true and why it’s true if it holds.” It may be that high-salt affects blood pressure through different pathways in males and females, she adds.

As examples, the 24-hour systolic pressure, the top number which indicates pressure when the heart is contracting, was almost five points lower when females were on a low-salt versus high-salt diet and a little more than three points lower in the males. Nighttime pressures, an important time for the heart and body to rest, also dropped, with systolic numbers decreasing nearly five points in females and just under three points in the males as they decreased salt intake.

In the future, the MCG scientists want to do a larger study that also examines fecal samples to more directly assess microbiome content and health and to see if the sex differences they found hold.

The American Heart Association recommends Americans consume less than 2,300 milligrams of sodium daily but most adults consume more like 3,400 milligrams. More traditionally, high salt’s impact on factors like the renin-angiotensin-aldosterone system, known to regulate blood pressure, and the sympathetic nervous system, which drives the so called “fight or flight” response, have been a study focus. “We are trying to identify maybe some new pathways,” Zhu says, in the complex area of blood pressure regulation.

The gut microbiome can have 200 times more genes than the 20,000 gene human genome and weighs up to five pounds. SCFAs are a major energy source for the epithelial cells lining the colon, which keep contents from leaking out of the gastrointestinal tract into the body. SCFAs are thought to play a role in protecting us from common problems like inflammation, obesity and diabetes.

The United Kingdom Food Standards Agency provided support for the original study at Queen Mary University of London and the current MCG study was funded in part by the American Heart Association. 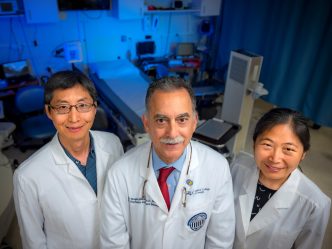 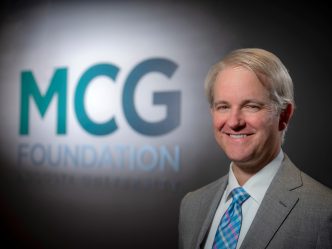 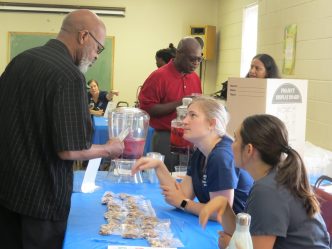