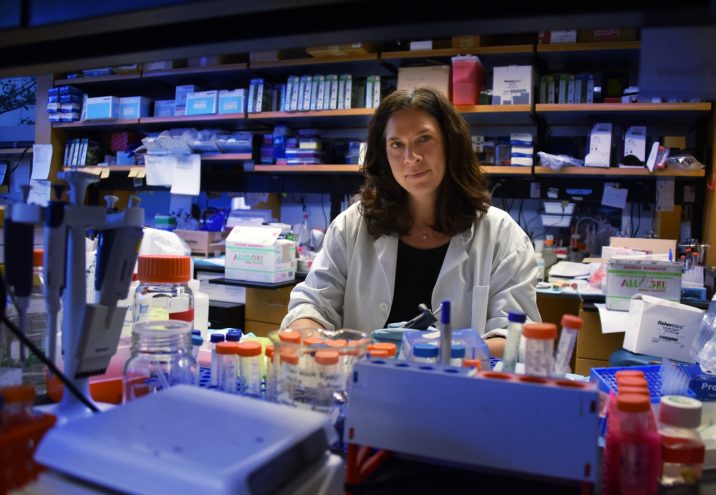 There’s more evidence that a high-fat diet is bad for both younger males and females, but exactly how it’s harmful may differ between the sexes, scientists report.

While they hypothesized that high-fat fare would be harder on males, they found that in just four weeks both young male and female rats experienced comparable increases in blood pressure.

“You have a lot of people consuming high-fat diets and we don’t know enough about what effect it’s having on females,” says Dr. Jennifer C.  Sullivan, pharmacologist and physiologist in the Department of Physiology at the Medical College of Georgia at Augusta University.

The study, published in the American Journal of Physiology, Heart and Circulatory Physiology, looked simultaneously at young males and female Dahl salt-sensitive rats, bred to become hypertensive in response to a high-salt diet. More recently, male Dahl rats have been shown to also have significant blood pressure response to a high-fat diet.

“Since women are more likely to be obese than men and the association between increases in body weight and blood pressure is stronger in women, we wanted to see if the same response occurs in the female as well,” says Sullivan, the study’s corresponding author.

They found the usual cardiovascular protection afforded to younger females appeared lost in the face of high fat consumption. While the young male rats, like male humans, started out with higher blood pressure than their female counterparts, both sexes rapidly experienced a comparable degree of blood pressure increase.

In both sexes, the high-fat diet also increased inflammation-promoting T cells and decreased the number of inflammation-dampening regulatory T cells, or Tregs, in the aorta, the biggest blood vessel in the body, which they studied as an example of what was happening inside blood vessels.

But that’s where some sex differences surfaced. Females normally have a higher percentage of Tregs, which help them decrease blood pressure, and while both males and females experienced the decrease, the females maintained that higher percentage regardless of what they consumed. Other studies have shown that in response to things that could increase blood pressure, like high-salt or high-fat intake, females actually increase the percentage of Tregs and maintain a good pressure.

In the kidneys, which play a major role in regulating blood pressure, they again found increases in inflammation-promoting T cells in both sexes but a greater increase in males.

Sullivan reiterates that the changes — in males and females alike — were independent of a significant weight gain and occurred in just four weeks.

“To me it really highlights the importance of understanding what you are eating,” says Sullivan. “I think we may be underestimating how bad a consistently high-fat diet is for us.”

On the high-fat diet both sexes actually ate less, which meant their caloric intake did not really increase, but the females ate more of the high-fat fare. Still, males started out weighing more and continued to weigh more throughout the four weeks, although weight increases compared to rats on a normal diet were minimal.

The high-fat diet actually decreased blood levels of triglycerides, a type of fat considered a risk factor for cardiovascular disease, in the males but increased it in females. Cholesterol and blood glucose levels were not really affected in either sex.

Sullivan and her team are now directly addressing the hypothesis that T cells contribute to blood pressure increases on a high-fat diet, and whether that diet is directly driving an immune response that drives the blood pressure. She suspects it’s the changes to fat cells driving it rather than a direct interaction between high-fat food and the immune response.

About 1 in 3 adults in the United States is hypertensive, according to the Centers for Disease Control and Prevention, and about two-thirds of cases are associated with excessive weight gain.

The prevalence of metabolic syndrome — a cluster of cardiovascular risks that include higher blood pressure, blood sugar and cholesterol levels and more fat, particularly around the waist —  is higher in females than males, 34.4 percent compared with 29 percent, respectively, according to the American Heart Association and the National Health and Nutrition Examination Survey. Obesity rates are approaching 40 percent in adults and 20 percent in children, with female and minority populations more likely to be obese than male and white counterparts, the organizations report.

Dr. Lia Taylor, who recently completed her PhD in physiology working with Sullivan, is the study’s first author. The research was funded by the National Institutes of Health and the American Heart Association.