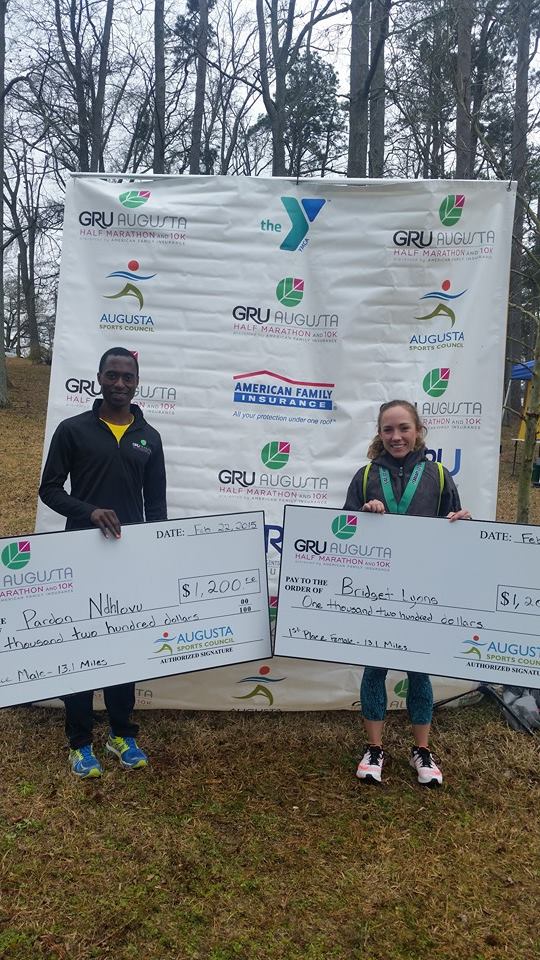 In January, the four-time all-American for UNC Pembroke qualified for the 2016 Olympics for his native Zimbabwe by finishing the Houston Marathon with a time of 2:16:51 – quite a feat for someone who didn’t own a pair of running shoes until he was in college.

“I had to work with what I had,” he told the GReport back in December. “Just put on some shorts and a T-shirt and go out the door. Actually, most of the kids do that, and it didn’t hold me back from pursuing the opportunities that running would create for me. That’s just what life was.”

Known simply as “Coach P” to the student athletes he trains, Ndhlovu also won the Orlando Half Marathon in December.

Bridget Lyons, a fourth year dental student in the College of Dental Medicine, won the women’s division with a time of 1:16:16.