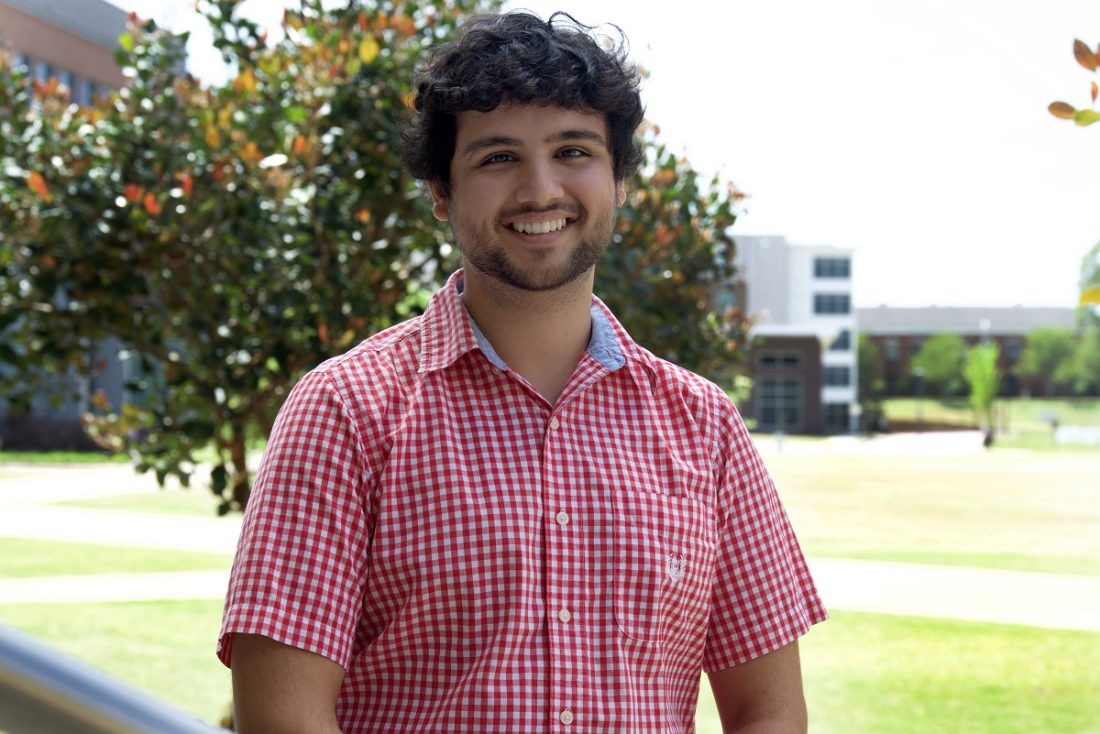 Bharat Sanders always wanted to go into a helping profession. His parents’ involvement in community health and nutritional education — along with some physicians in his faith group — were his initial role models to get into medicine, but it wasn’t until he was already enrolled at the Medical College of Georgia that Sanders knew he had truly found the right career path.

“Dr. Kathryn Martin, associate dean for regional campuses, ran an amazing public health intercession for us my first year. She brought in Dr. Stan Sonu who talked about this topic called ACES — adverse childhood experiences — and how that impacts health across their lifespan,” said Sanders. “That’s when it kind of just clicked for me because I always knew I loved working with kids. If you can impact the trajectory of a kid’s life, you’re impacting their whole health span across their life.”

While he didn’t know a lot about MCG when he came to Augusta, Sanders came to realize it was the best choice.

“I think it has overall really fit my goals. I wouldn’t have rather been anywhere else. I’m so grateful that the choice happened,” said Sanders.

For his last two years, Sanders’ schooling has been nomadic, as he likes to describe it. The flexibility to do his rotations around the state and beyond opened his eyes to other possibilities and places. He’s spent time in Albany, Georgia at MCG’s Southwest Campus, taken a virtual elective out in Arizona and even did a rotation for a month in Utah, which struck a chord for him. So much so, Salt Lake City was his No. 1 choice for residency, and he’s now headed there after graduation.

“The mentality out there is very integrative and so they do a really great job of teaching the pediatricians how to apply mental health concepts in pediatrics. They teach psychiatrists how to kind of teach that. I knew that my eventual goal is to hopefully come back to Georgia and do some of that integration work.”

Sanders is completing what’s called a triple board program. It’s a combined residency in pediatrics, adult psychiatry and child and adolescent psychiatry, of which Utah is one of the eight programs in the nation to offer. He will be the third-ever MCG graduate to pursue a triple board residency.

His passion for helping others also led him to being part of Gold Humanism Honor Society, a spot he was nominated for by his peers. It’s led him to make an impact in the community. He joined a service committee in the GHHS and organized the Literacy is Health: Books for Shay event at Monte Sano Elementary School in Augusta. In cooperation with the Augusta University Literacy Center in the College of Education, the Children’s Hospital of Georgia and RISE Augusta, the students were given free books, medical screenings and mental health education.

“I love organizing things and the fact that my school supports me to do those kind of things is big. I feel like at MCG, the priorities are their patients, number one, and then their students as well. I felt that here — anything that I want to do with my career or my community, I felt supported in that,” Sanders added.

His time at the Southwest Campus in Albany has presented some great learning experiences. Sanders has seen firsthand how illness maps in the state show South Georgia lacks access to care and its residents are among the sickest in the state. From teen pregnancy to high rates of chronic illness, to people dying at a young age, he’s seen it all. But it’s also where he’s learned, despite being a student, he can have a big impact on a patient’s life.

“As a student, you’re going to have the most time with the patients as you’re ever going to have in your career. So that was great to have in Albany. There was one patient I was able to follow that had breast cancer. I saw her in surgery for her port insertion, then saw her in family medicine clinic for her follow-up and I assisted on her mastectomy, and so I built a relationship with her family. I don’t know if that’s necessarily possible in that kind of academic medical center, but my Southwest Campus dean, Dr. Doug Patten, really encouraged patient-centered care and community outreach.”

As far as Sanders’ future goes, he really wants to do clinical work in child psychiatry with those who’ve experienced traumatic events so he can help treat that trauma. He’d also eventually do work at a leadership level where his impact could be more far reaching, possibly building a program that integrates mental health into pediatrics.

Outside of his residency, Sanders is a musician and part of a band featuring some of his med school friends. Through an MCG group called Music as Medicine, they were able to play at the Children’s Hospital of Georgia and he even organized a talent show for MCG students. Music has been an outlet for him away from medicine.

His immediate post-graduation attention will turn to Salt Lake City and his residency at the University of Utah Health and Primary Children’s Hospital. Part of the allure is the similarities he sees with Georgia, in the sense there’s a big rural area that he’ll be serving. But Georgia will always be on his mind.

“Who knows what the next five years will bring, and I’m sure I’ll fall in love with Utah as well and make connections there. But right now I love this state, and I’ve grown up here and I want to give back.”