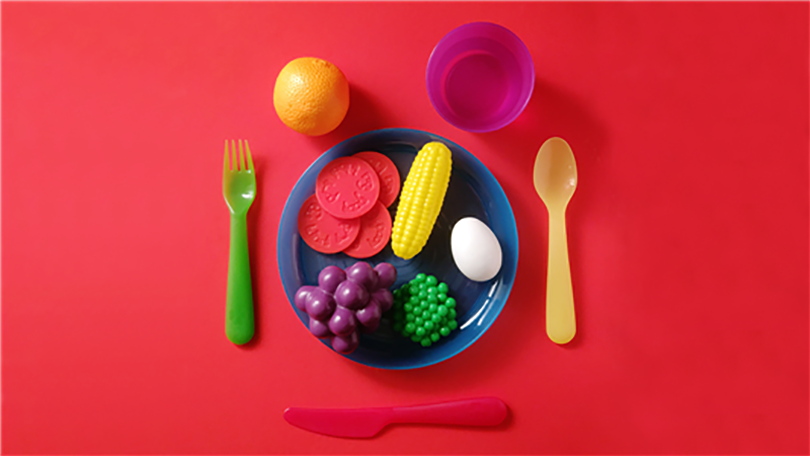 For one week in December of 1997, French Photographer Sophie Calle photographed and ate nothing but color-coded foods. The challenge, a so-called “Double Game,” was to place herself in the role of a character from Paul Auster’s 1992 novel “Leviathan.”  (The character, Maria, a meticulous and rules-conscious photographer, was based upon Calle herself.)

On Monday, Calle ate nothing but orange-colored foods—puree of carrots, boiled prawns, cantaloupe and orange juice. On Tuesday, a diet of red—tomatoes, steak tartare, pomegranates. On Wednesday, she washed down a bit of white rice and flounder with a glass of milk. By Sunday evening, she’d gone through most of the color spectrum, so to celebrate, she and six guests partook of the full week’s menu—a rainbow dinner, of sorts.

The resulting project, titled “The Chromatic Diet,” has since taken on a life of its own.

Now, Dr. Melanie O’Meara, assistant professor of Communication in the Pamplin College of Arts, Humanities, and Social Sciences at Augusta University , is working to keep “The Chromatic Diet” on the menu with her latest play, “Fanny’s Fantastic Food Frolic.”

“Fanny’s Fantastic Food Frolic” follows the frustrations of Fanny, a young girl in the midst of a very gray day. With the help of her jokester mother and a troupe of performers, Fanny learns to reinvent gray, and herself, using Calle’s “The Chromatic Diet” as a guiding light.

O’Meara first pursued the idea of a play based on Calle’s work in 2006 while working on her dissertation at Louisiana State University. Together with her mentor, retired LSU professor Ruth Bowman, she crafted a play very different from the one opening on Nov. 9.

“I wrote an original performance, a script that was in my dissertation, but it was silly,” O’Meara said. “It was very abstract, and it wasn’t really meant for an ‘open’ audience; you’d have needed to read the dissertation to figure out what I was going for.”

It’s taken more than a decade to translate that academic vision to the stage, for various reasons. Chief among these was a need to rework the script into a more general narrative, though O’Meara admits she had other concerns.

“We’ve been talking for years about how it would be fun to stage this, and that it just had to be the right time,” she said.  “I felt like I sort of needed to get my feet wet and do a few other things here first before saying, ‘Ok, I’m going to do this really weird show about staging food photographs.’”

While better tuned for a diverse audience, O’Meara’s vision still draws heavily from her dissertation. Nowhere is this better illustrated than in the addition of the “Bauhaus Grays,” a performing troupe styled after the Bauhaus—a post-World War I German school of art. The Bauhaus philosophy was rooted in the idea of creating a “total work.” Borrowing heavily from modernism, Bauhaus artists placed a great deal of emphasis on simplicity and functionality of form.

“The Bauhaus stage workshop was led by Oskar Schlemmer, who was basically exploring the idea of taking architectural ideas and using them to shape bodies and objects,” O’Meara said.

In the play, the “Bauhaus Grays” embody Schlemmer’s ideal with costumes made of modern appliances.

While many of the concepts and ideas that make up “Fanny’s Fantastic Food Frolic” are abstract, the core concept of the story is very simple.

“It’s a sort of whimsical story about art and life,” O’Meara said. “At its center is the message that it’s better to have a more colorful, more diverse life than one that’s bland and gray.” 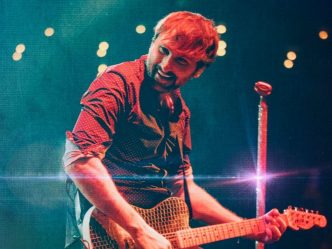 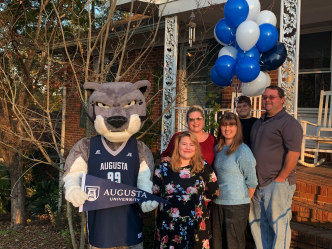