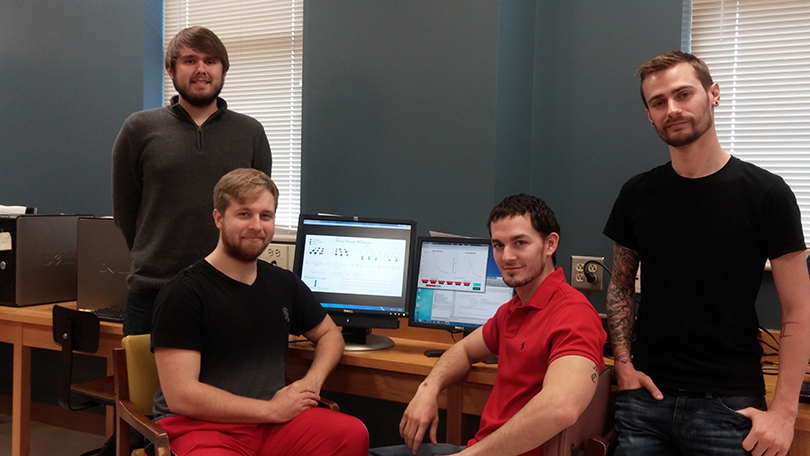 Four Augusta University students are set to share their ideas on the world stage next month.

Every year, the APS March Meeting brings together nearly 10,000 physicists, scientists and students from all over the world to share groundbreaking research from industry, universities and major labs in condensed matter physics and material science.

Drs. Theja De Silva and Trinanjan Datta, respectively assistant and associate professors of physics in the Augusta University College of Science and Mathematics, will attend alongside their students.

All four presentations, De Silva said, focus on the interactional behavior of the almighty electron.

“Electrons in materials exhibit rich, complex and fascinating behavior mainly as a result of the interaction between the electrons,” he said. “The effect of strong interaction together with underlying quantum mechanical effects on many-electron systems shows fascinating physics emerge from the collective behavior of the electrons, something that could not be produced at the individual particle level.”

Some examples of the “fascinating physics” De Silva described include magnetism, superconductivity and various phase transitions between them.

However, De Silva explained, the lack of complete theoretical understanding of the interplay between superconductivity and magnetism in these compounds challenges further progress in the field.

The purpose of the students’ research, he said, is to understand this interplay at the atomic level.

Brackett and Newman, both first-timers to the APS March Meeting, said the chance to present was a tremendous opportunity.

“I think it’s a great opportunity to go, see and interact with what’s being done in physics across the country and to be able to meet people studying things that are relevant now and could possibly have a large impact on our future,” Brackett said.

While his colleagues are relatively new to APS meetings, this will be Price’s third time attending.

“Going to APS has been one of the best decisions I could have made,” he said. “Seeing tens of thousands of other physicists from across the globe presenting their work … there’s simply nothing else like it.”

Both Price and Thornton were awarded a Society of Physics Student Travel Award to present their work, according to Datta.

“Condensed matter physics (CMP) is a branch of physics dealing with the physical properties of solids, liquids, gases, metals, insulators, magnets and superconductors,” Datta explained. “The goal of CMP is to provide an explanation of the fundamental physics behind materials science and technology using well-established laws of quantum mechanics, electromagnetism and statistical mechanics.”

One of the most groundbreaking discoveries in the field of CMP, Datta explained, was the discovery of the transistor, which eventually led to the creation of computers, plasma televisions, smartphones and thumb drives.

“Electrons in these materials exhibit rich, complex and fascinating behavior, mainly as a result of the interaction between the electrons,” Datta said. 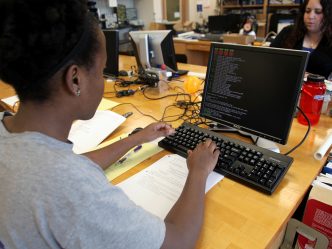 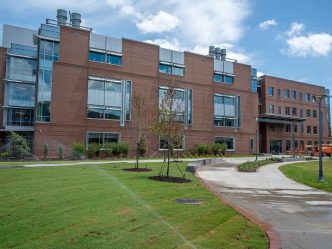