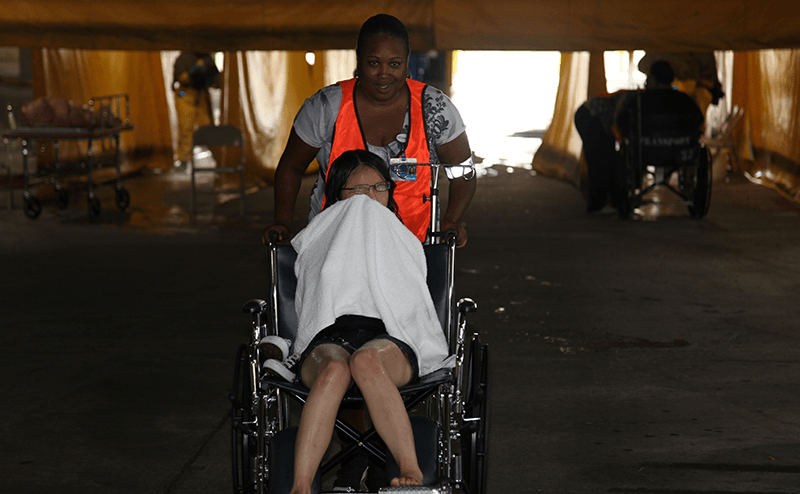 The national award, named for the longtime Parkland Health and Hospital System president and CEO and public health advocate, recognizes those who have implemented effective systems of care, education and science in emergency medical services and disaster response.

The early courses were an outgrowth of the 1996 Atlanta Olympics bombing, when it became apparent that responding agencies were often trained differently. After 9/11, when the need for these types of courses became a national priority, the Assistant Secretary for Preparedness and Response at the U.S. Department of Health and Human Services gave members of the prospective NDLS team a directive to develop standardized courses that could be widely disseminated among military, federal and civilian responders.

The result was a group of courses designed to optimally prepare  a wide array of providers – from police to paramedics to physicians, hospital administrators and firefighters – to work together seamlessly in the aftermath of natural or human-made disasters. The overarching goal was to give all types of responders a common knowledge base and jargon and to eliminate ambiguity while also facilitating the best care for victims.

The nonprofit National Disaster Life Support Foundation was established in 2004 to steward the program when it began a partnership with the American Medical Association to widely disseminate the programs across the medical community and has now partnered with the American College of Emergency Physicians (ACEP).

Today, there are about 90 domestic training sites, and courses have been taught in 49 states and in more than 22 foreign countries. There are training sites in 11 countries, including places like Mexico, Japan, India, Saudi Arabia and now China. More than 130,000 health care professionals have been trained, and a growing number of health professional schools have added the program to their curriculum. The courses are now recognized by many organizations as the gold standard for training health professionals in disaster medical response and all-hazards preparedness.