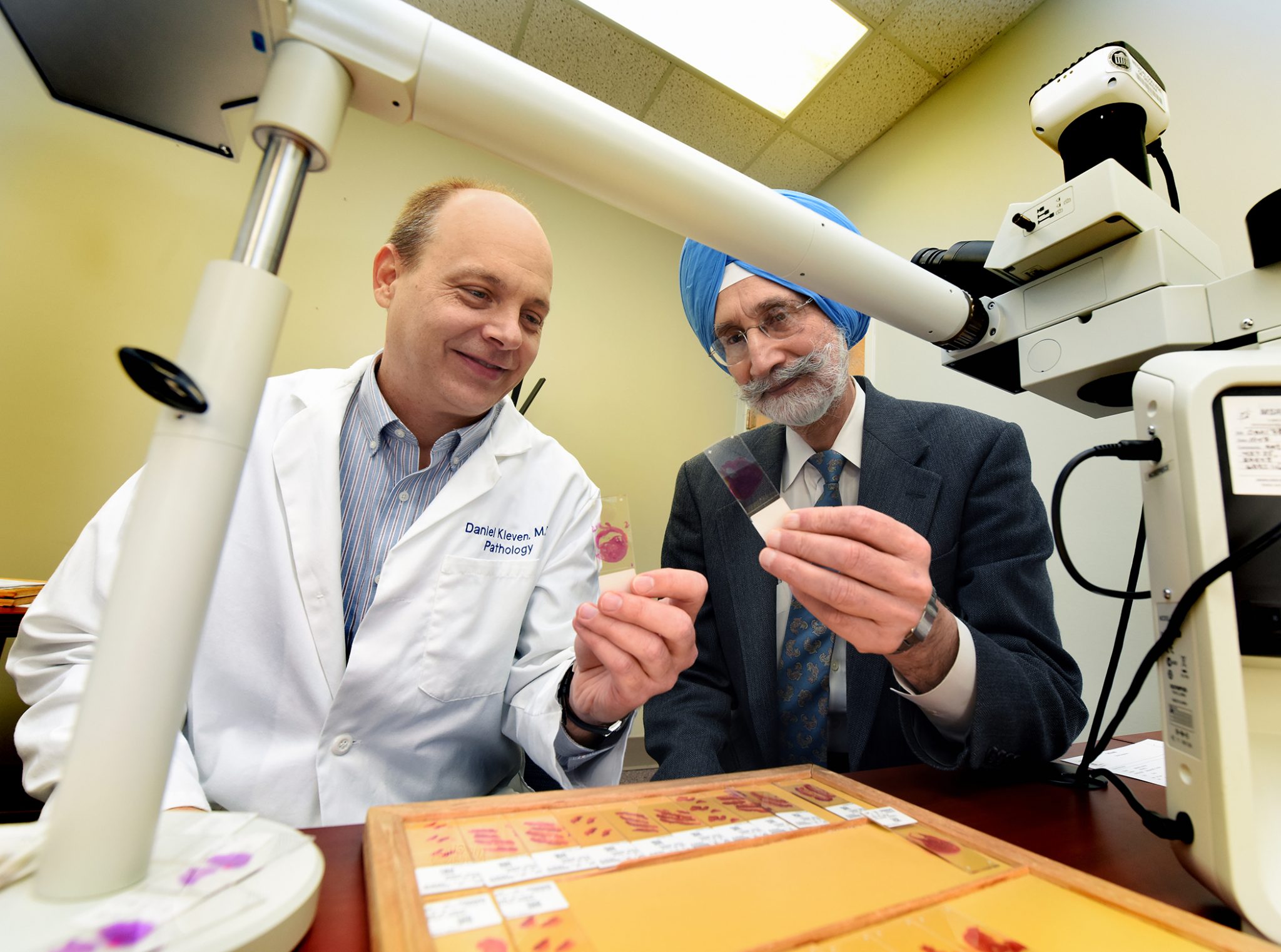 Over the last decade, increasingly fewer of the nation’s senior medical students have chosen to pursue a career in pathology, according to a study review of main residency match data from 2008-17.

Figuring out why is anyone’s guess, says Dr. Gurmukh Singh, Walter L. Shepeard Chair in Clinical Pathology and vice chair of the Department of Pathology at the Medical College of Georgia at Augusta University.

Pathology is the branch of medicine that uses the examination of tissues, organs, bodily fluids and autopsies for diagnostic and forensic purposes. Pathologists also provide blood and blood components, like stem cells, for treatment.

“When we survey practicing pathologists, they report that they’re satisfied with their salaries and their jobs,” says Singh, an author of the study published in the journal Human Pathology. “We are at a loss trying to figure out why these seniors are not interested in joining pathology. It may be that we don’t really interact with patients. Most doctors work with patients a good deal, whereas we have very limited contact.”

“There have been some past studies that concluded that medical students thought that pathology was invisible – meaning that they never even considered it as a career option,” says Dr. Ryan Jajosky, who recently completed a blood bank fellowship at MCG and is the study’s corresponding author.

It’s a problem that needs to be addressed, and quickly, Jajosky says. In fact, a 2013 Archives of Pathology study projected that the number of pathologists would begin a steep decline in 2015, due largely to an aging workforce that will continue through 2030.

Medical schools should also keep pathology front and center, says Dr. Daniel Kleven, an anatomic pathologist at MCG and another study author. “Most medical school curriculums have significantly decreased the amount they teach pathology,” he says. “I have spoken to people that ultimately ended up in pathology. They say pathology is something I never considered before medical school. There is this phenomenon of students not being aware of this as a career, not really knowing what we do.”

At MCG, however, pathology is a major part of the second-year curriculum, says Dr. Amyn Rojiani, Edgar R. Pund Distinguished professor and chair of the MCG Department of Pathology. “At some schools, pathology has been woven in throughout the curriculum, so it doesn’t stand out as its own field. Here we have significant visibility.”

The state’s medical school also runs a Pathology Career Interest Group, which exposes medical students – even in their first year – to pathology as a career choice, keeping them engaged and pairing them with mentors in the field.

There is also an effort nationally to address these issues, Rojiani says.

“There are two committees, one at the Association of Pathology Chairs and another at the College of American Pathologists that are looking at this data and saying ‘What changes do we need to make and how do we make them?’”