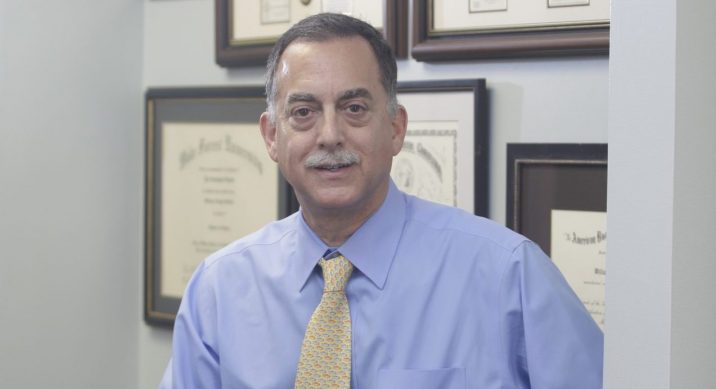 They indicate it may actually worsen nightmares and insomnia and doesn’t reduce suicidal thinking, investigators report in the Journal of Clinical Psychopharmacology.

“I think we have to view this as not the final word on this, but it raises questions,” says Dr. W. Vaughn McCall, chair of the Department of Psychiatry and Health Behavior at the Medical College of Georgia at Augusta University.

McCall is currently seeking input from PTSD experts across the country but says a likely consensus could be that prazosin may help some, but may not be a good choice when suicide is an active concern.

Two larger studies in active and retired military personnel yielded mixed results as well, the first in active duty military personnel showed it helped with nightmares and sleep quality and a follow-up study just published this year on military veterans with chronic PTSD indicated it was no better than placebo.

McCall’s pilot study is the first in which all participants had suicidal thoughts or actions.

“It did not seem to do much for suicidal ideation and that was somewhat disappointing, but the thing that was mind-blowing was that is actually worsened nightmares,” says McCall. “Maybe it’s not for everybody.” He notes that with PTSD, a patient’s nightmares often focus on the trauma that produced their disorder.

Two study participants required emergency inpatient psychiatric care, but there were no suicide attempts or deaths over the study course.

“We need to reconcile how is it that we had 10 years of data saying prazosin is good for nightmares in PTSD, a big study this February indicating it has essentially no affect and now a smaller study showing it can worsen some aspects,” McCall says. “We need to know what it all means.”

The latest study led by McCall looked at a total of 20 seriously psychiatrically ill patients, two with wartime PTSD with the remainder mostly civilian females who experienced sexual assault. All had active suicidal thoughts, some had previous suicide attempts and most were taking antidepressants and/or had them prescribed as part of evaluation for the study. For eight weeks, they took bedtime doses of the short half-life prazosin with the idea of helping avoid nightmares and, by association, suicidal thoughts. They were assessed weekly for relevant factors such as severity of suicidal thoughts, nightmares, insomnia, depression and PTSD.

There was no significant impact on blood pressure, likely because of the drug’s short half-life, and no suicide attempts or deaths.

A result of PTSD can be too much noradrenaline, also known as  norepinephrine, a stress hormone and neurotransmitter that is key to the body’s fight or flight response. Its increase ideally is a short-term reaction that constricts blood vessels so we can adeptly respond to some threat. Prazosin readily enters the central nervous system where it blocks the action of norepinephrine.

“What trauma does in part is put your brain on edge so you are always ready for the next bad thing,” McCall says. “We use terms like hypervigilance, meaning you are always scanning the environment, and PTSD patients often sit with their back to the wall so they can see the door. People who are over-diligent by day probably don’t sleep well at night,” he notes.

The work of McCall and others has delineated a clear association between insomnia, nightmares and suicidal thoughts and behavior.

McCall reconfirmed in 2013 in The Journal of Clinical Sleep Medicine the link between insomnia and nightmares and how losing hope of ever getting another good night’s sleep itself is a risk factor for suicide.

Earlier studies looking at prazosin’s ability to help when PTSD appears responsible include a 26-week trial in 271 military veterans with chronic PTSD who had frequent nightmares. The study published earlier this year in the Journal of the American Medical Association failed to show any benefit of prazosin over placebo in reducing the frequency and intensity of trauma-related nightmares. New or worsening suicidal thoughts occurred in about 8 percent of participants taking prazosin versus 15 percent taking placebo. The study, led by Dr. Murray A. Raskind, vice chair of psychiatry and behavioral sciences at the University of Washington and director of the VA Northwest Network Mental Illness Research Education and Clinical Center at the VA Puget Sound Health Care System, took place at 13 VA medical centers.

Five years earlier, Raskind led another study of the drug in active duty soldiers returning from Iraq and Afghanistan with combat PTSD and nightmares. The drug, administered midmorning and at night for 15 weeks, showed it was actually effective compared with placebo in the 67 soldiers for combat nightmares, overall sleep quality, and generally reducing the impact of their PTSD.

McCall’s study used the same dosing schedule as the previous larger studies but with only the nighttime dose. Six participants completed the entire course of the trial, and investigators suspected that the weekly visits required for the study may have been arduous for some.

Currently the antidepressants sertraline and paroxetine are the only PTSD drug therapies that have Food and Drug Administration approval and neither are widely effective, McCall says.

The American Foundation for Suicide Prevention funded the research. 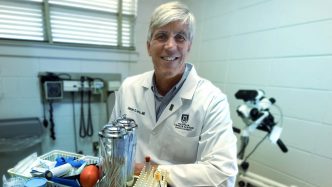 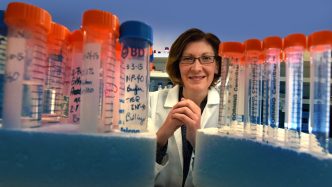 Could you be losing your vision and not know it?

Instagram's new policy of removing 'likes' is yet another challenge to our basic human need to 'belong,' a behavior analyst explains

Getting Active Helps Kids' Hearts, Even in the Obese

How Inflammation Can Lead to Depression