In the days since Dr. Brooks Keel was officially named president of Georgia Regents University and CEO of GRHealth, we have all heard him communicate openly and eloquently how thrilled and honored he is to assume leadership of the institution where he earned both his undergraduate and graduate degrees.

When he arrives on Monday, I know he will find faculty, students, staff and administrators who echo his enthusiasm and welcome him warmly home to Augusta.

It has been my privilege to lead this institution in the interim — an opportunity made even more meaningful as the first day of my interim service marked the 30th anniversary of my own arrival here on July 1, 1985, as an assistant professor of oral biology. I love that symmetry.

Over those 30 years, there’s no doubt that much has changed, but one thing remains ever the same: our steadfast commitment to delivering excellence in service to our students, patients and community.

A commitment Dr. Keel has made abundantly clear will be his top priority.

I have had the pleasure of meeting Dr. Keel on several occasions and have been impressed with his warmth, graciousness and keen intelligence. Over the past week, we have learned more about his impressive accomplishments as president of Georgia Southern, his accessible and engaged leadership approach, the genuine enjoyment he derives from personally engaging with students and faculty, and his vision for our university and health system.

All of which make me tremendously excited and optimistic for the future we will be able to create together. Please join me in welcoming President Keel. 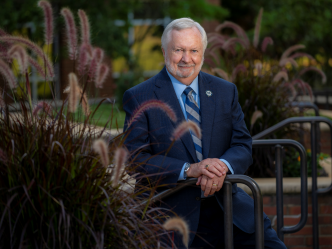 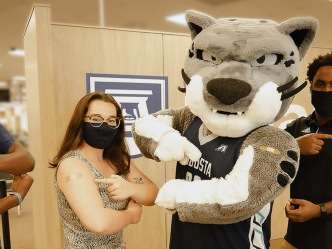 Learn the perks of getting vaccinated at Augusta University