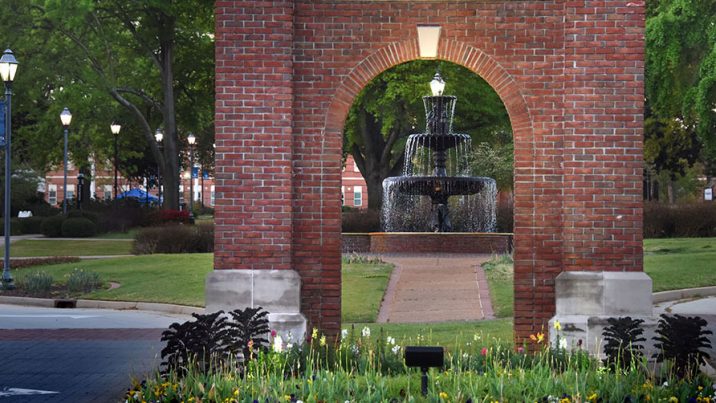 For the Department of Communication, the fall of 2018 has seen a flurry of research awards, publications and conference presentations. And the hits keep coming. Here are some of the highlights:

Both awards were presented in recognition of van Tuyll’s paper, “The Transnational Paradigm as a Method of Analyzing Early Colonial American Journalism,” which demonstrates how the paradigm of transnational journalism history can be applied to demonstrate the importance of the colonial American press as a part of the much larger British imperial press.

Co-editor of the Southeastern Review of Journalism History, van Tuyll will serve on a panel discussion alongside James Ogden, chief historian of the Chickamauga & Chattanooga National Military Park, at the Symposium on the 19th Century Press, the Civil War, and Free Expression in Chattanooga, Tennessee in December.

Dr. David Bulla, the department’s interim chair, will present a paper titled “Lincoln, Douglass, and Freedom” at the same conference. He will also have a chapter published in “Writing Spaces: Writing as Transformative, Scholarly, and Creative Practice” titled “Gandhi, the Journalist: When, Where, How, and What He Wrote.”

Dr. Melanie O’Meara, assistant professor of communication, will have an article published in “Text & Performance Quarterly” titled “Activating Minor Pedagogy in an Adaptation and Staging of ‘The Little Prince.’” “Text & Performance” is the premier journal for performance studies researchers. In addition to the publication, O’Meara will present a version of her paper as part of the “Top Contributed Papers in Performance Studies” panel at the National Communication Association Convention in Salt Lake City in November.

Dr. Edgar Johnson, professor of communication, will chair a panel at the same convention titled “We’re Not Just Playing: Using Game-based Pedagogy to Enhance Experiential Learning in the Communication Classroom.”

Dr. Will Bryant, lecturer, led a retreat and performed research at Mepkin Abby in Moncks Corner, South Carolina in early October. An expert in meditation studies, Bryant will teach an honors course in spring 2019 called “Meditation and the Interior Life” that focuses on the history of meditation and the practices of Theravada, Zen and Tibetan Buddhism as well as Contemplative Christianity.