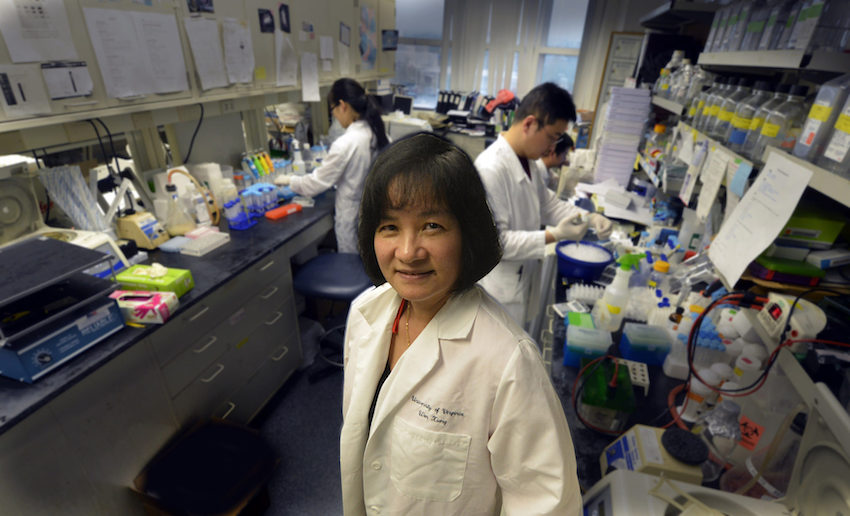 AUGUSTA, Ga. – Inside the brain, a protein called YAP, best known for its ability to help right-size our developing hearts and livers, appears to have the different but equally important task of helping control inflammation.

Scientists at the Medical College of Georgia at Augusta University have shown that it’s not size that seems to matter to YAP, or yes-associated protein, in the brain. Rather, YAP keeps our astrocytes, a type of brain cell that typically protects and nourishes neurons, from becoming too reactive and essentially turning on our neurons.

In the body, YAP helps control the size of our major organs by regulating cell death and proliferation. But, Xiong and her colleagues found that inside the developing brain, YAP is a critical inducer of suppressor of cytokine signaling 3, or SOCS3, another protein, which as the name implies, suppresses inflammation-provoking immune cells. Inflammation can be dangerous even deadly in the closed confines of the skull, where resulting swelling and pressure can destroy neurons, said Xiong, corresponding author of the study in the journal Cerebral Cortex.

Xiong suspects that in conditions, such as hemorrhagic – or bleeding – stroke and hydrocephalus, where fluid accumulates inside the skull of a baby or an adult in response to injury, a problem with YAP could be a factor.

In fact in her studies, mice missing YAP also had a form of hydrocephalus that at first made Xiong suspect that YAP did help control the size of the brain. However, when the scientists dissected the too-large organ, they found it was mostly fluid. And the mice missing YAP did not induce SOCS3. “The brake is gone and over-inflammation can occur,” she said.

YAP is expressed in both astrocytes as well as the neural stem cells that help make more astrocytes and, to a lesser extent, neurons, for the brain. Xiong and her team found that without YAP, astrocytes became hyper-reactive, creating a condition called astrogliosis where they weaken instead of strengthen the important but fragile blood-brain barrier.

The blood-brain barrier is essentially a layer of tightly knit endothelial cells that line blood vessels in the brain, a single layer of smooth muscle cells, or pericytes, on top of that, and a layer of astrocytes on the exterior. The unique configuration in the blood vessels of the brain and spinal cord create a fine filter that limits what substances can get access to brain tissue from the blood.

“The blood-brain barrier is completely disrupted in hemorrhagic stroke,” Xiong said. “Once that is broken, it changes everything.” Cell types and factors that normally don’t have access to the brain confuse the relationships between cell types and substances that are usually there. One consequence is that fluid from the blood also gets into brain tissue, adding pressure to the confused conversations. Neurons start to die, scar tissue forms and more astrocytes form.

They found levels of several SOCS proteins were lower in mice where the YAP gene was deleted from the brain. To double-check the connection between SOCS3 and YAP, they selectively expressed SOCS3 in the astrocytes of the YAP knockouts and still found less inflammation. The inflammation also seemed to focus on the blood vessels in mice missing YAP, and when they injected a dye tracer that normally cannot penetrate the blood-brain barrier, it easily penetrated into the brains of mice missing Yap from their astrocytes.

Xiong wants to pursue studies examining the blood of newborns with hydrocephalus for signs of mutated YAP. A mutant form of YAP is known to cause liver cancer, in which cells just keep growing, and the Hippo signaling pathway that activates YAP has been targeted for its anti-cancer potential.

The studies were supported by the National Institutes of Health, the Natural Science Foundation of Zhejiang Province and the Science and Technology Planning Project of Zhejiang Province in China. Collaborators include scientists at China’s Wenzhou Medical University and Zhejiang Provincial People’s Hospital as well as the Charlie Norwood Veterans Affairs Medical Center in Augusta.