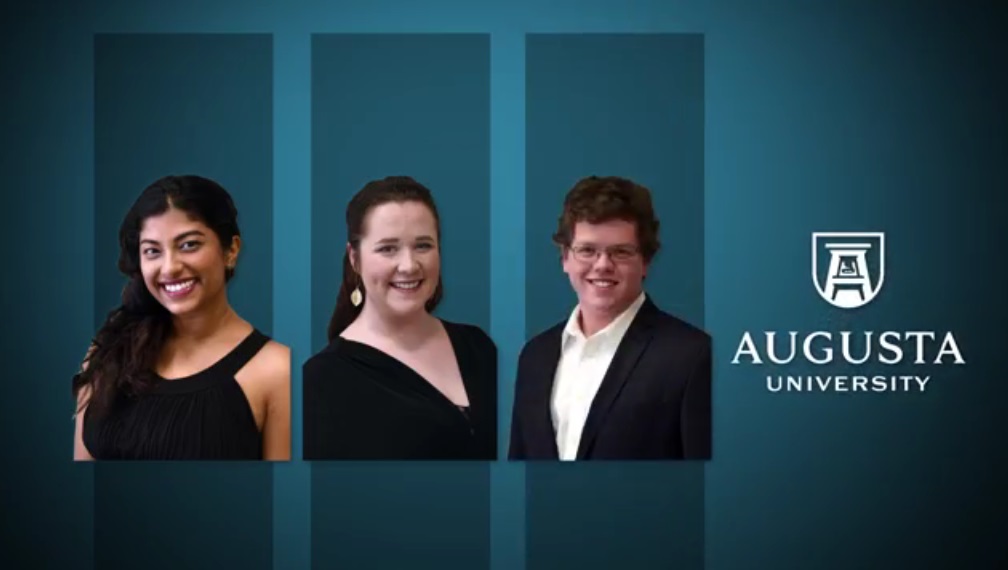 After an arduous, emotionally draining and fiercely competitive audition process culminating with performances before an unforgiving panel of judges, three Augusta University music students have been awarded the honor of performing in the finale of the university’s prestigious Concerto Competition.

The concert takes place Thursday, April 21, at the Maxwell Theatre on the Summerville Campus of Augusta University. Show time is 7:30 p.m. 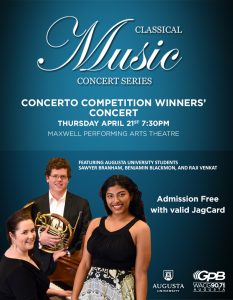 Sawyer Branham is a sophomore voice performance major who studies with Tonya Currier. The Augusta native will perform two arias by Mozart and Rodgers and Hammerstein.

Raji Venkat, who hails from Roseville, CA, is a junior voice performance major studying with Patti Myers.  She is going to perform two arias by Bach and Delibes.

Tickets are available now at The Maxwell Theatre Box Office, and on line at Augusta.UniversityTickets.Com. Concert tickets are $15 for the general public; Children ages 6-12 are $5; Augusta University students with a valid JAGCard are admitted free.

The Classical Music Concert Series is produced by GPB Augusta in cooperation with the Augusta University Department of Music.

Drew Dawson is the station manager and host at GPB radio’s Augusta bureau. Contact him at anddawson@augusta.edu.