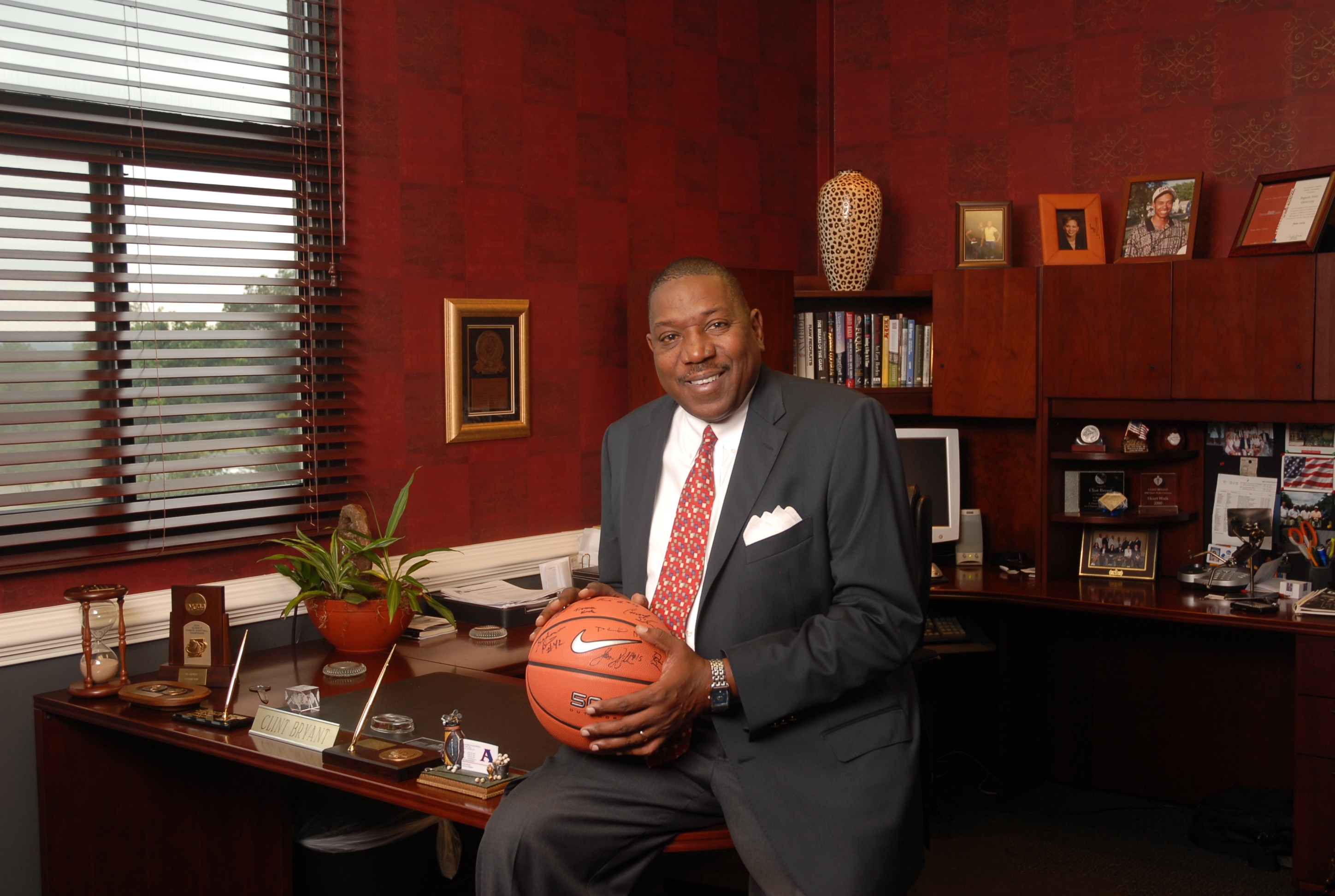 Georgia Regents University Director of Athletics Clint Bryant has been invited to be the keynote speaker at the 2015 National Association for Coaching Equity and Development (NAFCED) membership dinner on Friday, May 22 at 7:30 p.m. in the Atlanta Airport Marriott Hotel.

NAFCED is an organization created by coaches, governed by coaches, for the benefit of racial and ethnic minority coaches. Its primary purpose is the formation of a cohesive organization to address the issues most prevalent in the profession which adversely affect its Membership and to promote the growth, development and long-term success of racial and ethnic minorities in the coaching profession, at all levels. NAFCED will provide an array of Membership services which will enhance the careers and employment opportunities of current and future coaches.

Entering his 28th year of providing commitment and care for Georgia Regents University as the Director of Athletics, Clint Bryant has firmly established himself as one of the most reputable administrators and leaders for equality in the state of Georgia, the Southeast and in the nation.

He oversees a 13-sport athletics department that has steadily fought for conference and regional honors. Under Bryant’s leadership, Jaguar programs have enjoyed success on and off the playing fields and courts.

In the 2014-15 seasons, just the second full year of competing as GRU, Bryant saw 11 of his 13 teams reach the NCAA postseason, while piloting the Jaguar Military Alliance with Fort Gordon. Bryant was chosen by the NCAA to chair the Division II Military Pilot Project Team after the NCAA and local U.S. military leaders agreed on the formation of the project in December.

A three-year pilot program, the military initiative with Fort Gordon kicked off in 2014-15 with three phases. GRU hosted their annual athletics retreat at Fort Gordon’s Pointes West Army Resort Augusta 6-7, they hosted the JAG R.A.I.D. (Run Army Initiative Day) on the Fort Gordon Military base – housing the Peach Belt Conference Cross Championships and local 5K Turkey Trot for the community. Year one’s activities wrapped up with the JAG M.A.W. (Military Appreciation Week) – which was highlighted by the homecoming basketball game that was nationally-televised by CBS Sports Network in 100 million homes throughout the nation.