Cinema Series kicks off with two films and a Q&A 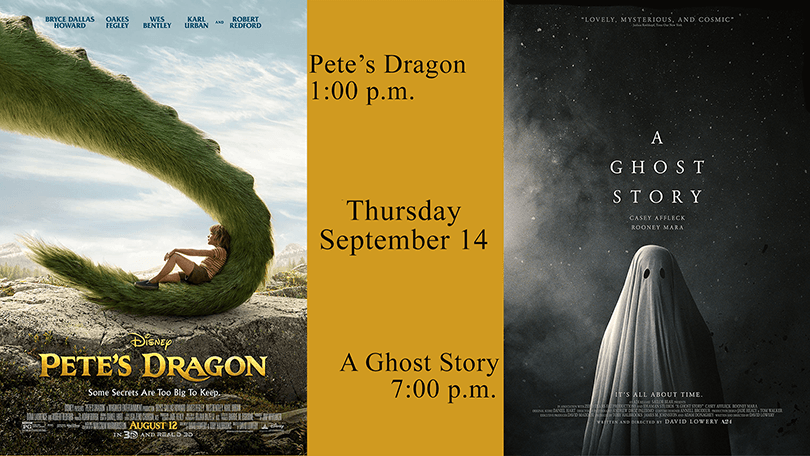 Halbrooks will be on hand for a Q&A after both the 2016 reimagining of Pete’s Dragon, which will screen at 1 p.m., and A Ghost Story, which will begin at 7 p.m. Both films will screen at the Maxwell Theatre on the Summerville Campus.