Last month, Valerie Martin began chemotherapy treatments. Afterwards, Martin noticed she was slowly beginning to lose her hair. Two weeks ago, she started to lose it by the handful.

She decided to be proactive in finding the resources available to her.

Martin knew that she could buy scarves and hats but was unaware that a doctor can write a prescription for a cranial prosthesis, also known as a wig.

That’s when her nurse navigator brought her to the Georgia Regents University Cancer Center Image Boutique and Martin was introduced to Sherry Brooks.

Brooks, a licensed cosmetologist and mastectomy bra fitter, manages the boutique and does her best to make women feel like themselves again, even when cancer has robbed them of their hair or other body parts.

After an initial consultation with Brooks, Martin decided on a wig and a hair style and prepared for the next step, shaving her hair. This was the easy part.

“Buying a hat and ordering a wig gives me peace from the anxiety that I’ve had,” she explained.

The Image Boutique opened in January 2010. Though it is a retail store, the boutique also has a philanthropic side.

Wigs are considered dual medical equipment (DME).  According to Brooks, many insurance companies used to cover DME, but today the practice isn’t as common. The Image Boutique aims to help the women whose insurance will not cover DME. In 2014, the boutique was able to fund wigs, prosthesis and other garments for 100 women suffering from cancer.

For the last two years, the Image Boutique had grant funds that completely covered the cost of a prosthesis for women in need. This includes the wig itself, an appointment for a woman to have her hair buzzed, fitting and styling of the wig and a wig kit, which includes shampoo, conditioner and a stand.

“Wigs should be thinned and styled to the patient; they’re not supposed to be worn off the shelf,” said Brooks. “I like to make it custom to the patient. If she’s not comfortable in it, then she won’t wear it, and that defeats the purpose. They’re going to be wearing these about a year. I want that to be one less thing they have to worry about. I do whatever it takes to make them feel comfortable.”

However, grant funds recently ran out, and Brooks decided to raise funds herself. She estimates that the Image Boutique needs at least $50,000 a year to continue to provide free services. Brooks reached out to her friends at Medical Services of America for help.

MSA cares for hospice patients in Augusta and helps to provide medical equipment in the home. The organization was first introduced to Brooks and the Image Boutique three years ago when MSA got involved with a promotional event for the boutique called Curls for the Cure, according to Billy Hall, account executive at MSA.

Together, Hall, his coworkers and Brooks came up with the Wacky Wig Walk, a 5k walk at which participants could wear wigs. The walk was planned for Oct. 31, 2015, and awards were given for the wacky, wackier and wackiest wigs. One hundred percent of the proceeds would benefit the Image Boutique fund.

“For me, this event is an opportunity to get the word out to the community and make people aware of the services we provide,” Brooks said.

This was the first major fundraising event that Brooks has planned for the boutique fund. She hoped that around 100 people would attend and did not have a set fundraising goal. The main concern was raising awareness about the boutique and the services it provides.

“This was our very first walk, so everyone involved was very pleased with the turnout,” Brooks said. “The folks who came had a good time and told us they can’t wait until next year.”

Although Brooks is still totaling donations, she is overwhelmed with how much money the walk raised. Thanks, in part, to a surprise donation.

Nita Zachow, president of the Breast Cancer Prevention Coalition of the CSRA, presented the GRU Cancer Center with a check for $20,000 to benefit the Image Boutique.

“We were shocked and happy,” Brook said. “This will let us service a lot of folks.”

With the help of BCPC, the Wacky Wig Walk raised about half of the funds needed in order for the Image Boutique to continue providing services free of charge.

Brooks is already planning a Wacky Wig Walk for October 2016.

“I’m hoping next year we can double the amount of money and attendance,” she said. “We need about $50,000 to fund an entire year of services. That amount grows each year, but somehow the money comes. I am grateful.”

Martin is also thankful for the boutique and its services. Like Brooks, she also hopes to use her experience to help others.

“Through this I want to be either an advocate or an encourager for someone,” Martin said.

Thanks to the BCPC and the participants at the Wacky Wig Walk, Martin and Brooks will be able to do just that.

The Image Boutique is located on the first floor of the GRU Cancer Center. It is open from 9 a.m. to 4 p.m., Monday through Thursday, and Friday from 9 a.m. to 1 p.m. Wigs, bras and prosthesis fittings are by appointment only. 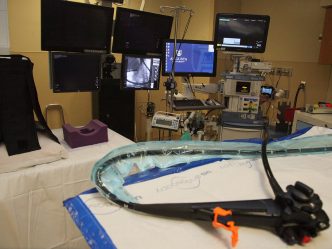 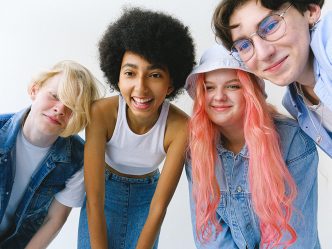